The North Korean's prepare for war.

Having dusted off the Korean's from their hiding place in the loft they are in need of some repair and reorganisation.
The non-slip basing material in the storage boxes it turns out is not so non-stick and rather ineffective so a number of the vehicles will need a slight touch up and a bit of a make over, The vehicles are based on plasti-card bases might be fine be fine but the infantry on 2cm sq bases is a little on the small side. 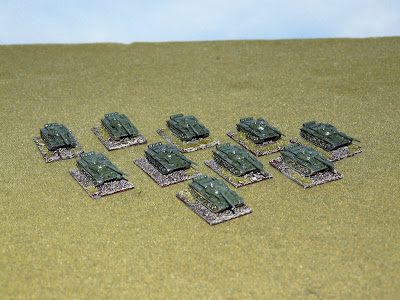 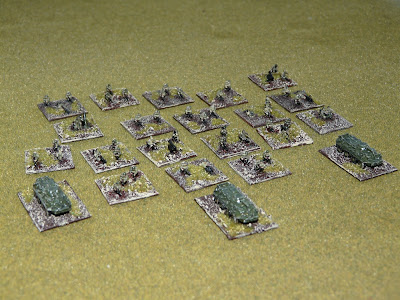 A quick order from the guys at warbases and I have a bunch of bases designed for FOW, but perfect for giving the infantry a larger surface area and a size that I can see and pick up. 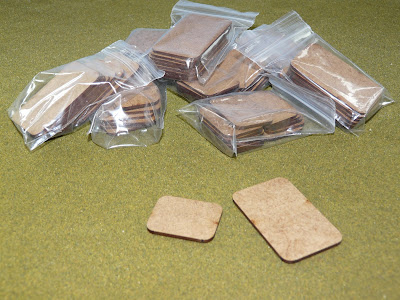 Having decided to follow the rest of the gang at the club and use the latest rules from Great Escape Games. Seven days to the Rhine rules. The infantry are broken down into sections or platoons and support elements, so with this in mind I opted the Flames of War style medium bases for the infantry  whilst the smaller bases are pressed into service for the support elements such as ATGW, Mortars and the like. 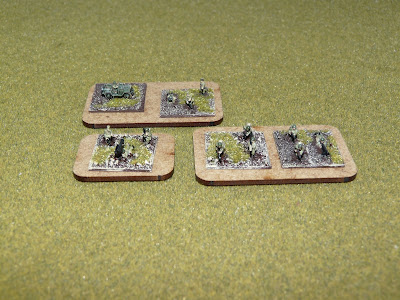 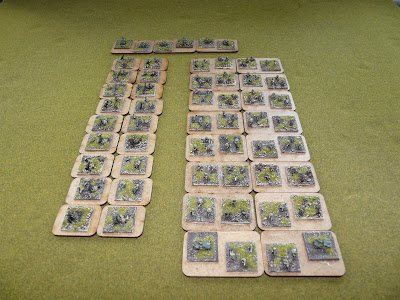 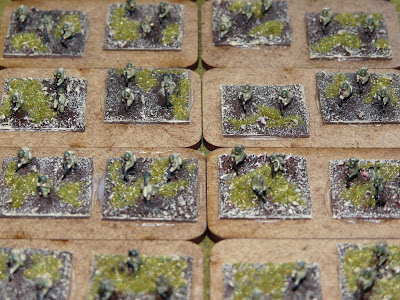 That looks a lot more organised.
I have a couple of motorbike and sidecar combinations these will be used for recon elements in the North Korean scratch force. 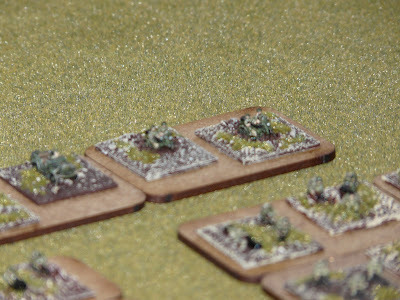 They already look better and hopefully some sharp sand and a touch of dry brushing will bring them to the table rather quickly.
Posted by Stuart S at 12:28