Great day at Salute yesterday, the 4.00am alarm call was a bit of a shock but the roads were pretty clear even if the dreaded Sat Nav figured central London would be a good idea.
We arrived with plenty of time to set up, good job given how many Ottoman's needed to be fielded.

Every year the standard of games and trade stands seems to get better and better, I did not get to much time to take a wander but most stands where 3 or 4 deep until well into lunch time.

Great to catch up with so many old friends and new, with plenty of interest in our offering the Battle of Varna 1444. 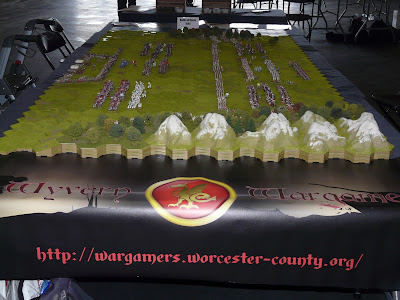 For those people unfamiliar with Eastern European history, Varna pits a large Ottoman army of 50 to 60 000 under the command of Murad II against the Papal forces of around 30,000 troops situated between lake Varna, the Black Sea and the steep slopes of the Franga Plateau.
(We covered both including the snow capped mountains...) 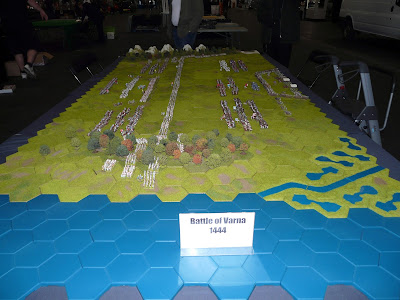 The various accounts of the battle describe a fluid situation of cavalry charges and counter charges in which early Christian gains were reversed by flank attacks by Ottoman Sipahis and Akinci cavalry. At one stage a gap in the Ottoman lines enabled Vlad Dracul’s force (His dad before you ask :-) ) to charge through and plunder the Ottoman camp.

Janus Hunyadi gathered the now disorganised Papal forces and captured much of the ground around the Ottoman centre in which the Sultan and his Janissaries stood behind a line of stakes.

At this crucial point of the battle the young King Wlayslaws took upon himself to lead the knights of his Polish and Hungarian bodyguard in a frontal assault on the Ottoman centre.
However, this vain attempt at glory resulted in him having his head cut off and impaled on a stake!

After this the Christian forces started to disintegrate and many tried to flee across the River Devnya and were slain in the surrounding marshland. 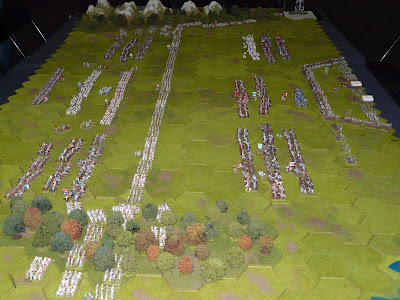 Would history repeat itself?


We were ready to go at around 10.00 am just as the doors opened and the eager punters rushed in.
All figures are from Kallistra's 12mm Medieval range and judging by how busy the Kallistra stand was it looked like we had inspired a fair number of people to take on BIG Medieval games. 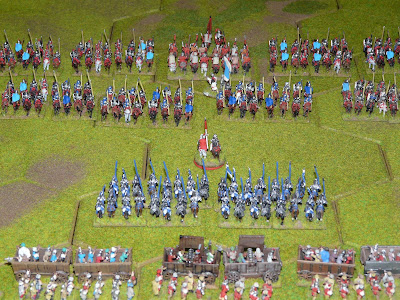 Hussite war wagons at the ready!
Young King Wlayslaws with his Polish and Hungarian bodyguard in Blue. 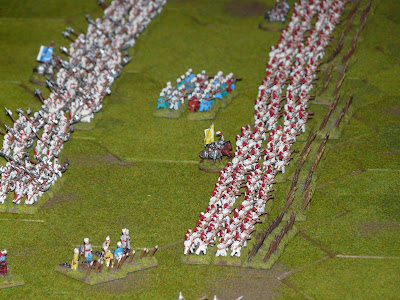 Sultan Murad II behind his wall of stakes. 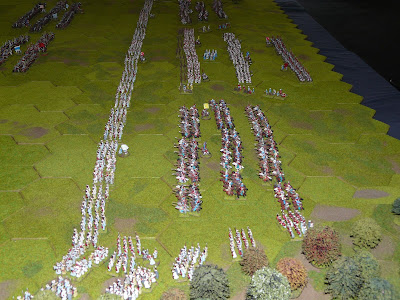 11.00 The Papal cavalry close on the front line of spear and bow of the Ottoman army, they should have been a mere bump in the road, but stuck around on the right flank to break up the initial Christian charge. 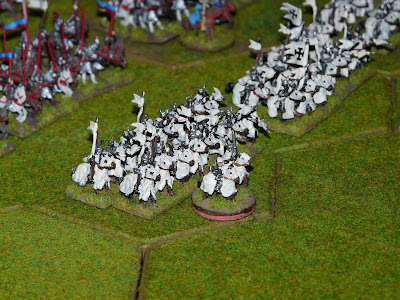 The Teutonic order was a different matter they and the supporting knights crashed through the Azab ranks. 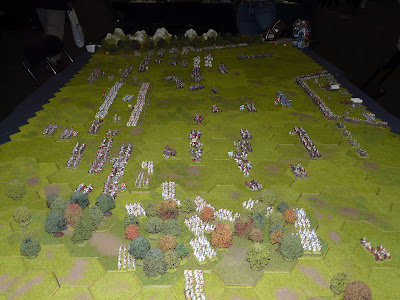 The state of play arouned 1.00 pm the Azab front line has been swept aside but the mounted archers are taking a heavy toll on the advancing knights as their formation begins to break up and they are attacked on their flanks as they push forward.

Unfortunately for the Ottoman command archery fire alone was not enough and we had to commit our cavalry to stem the Papal advance, however as the afternoon ticked by and the crowds thinned so to did the Ottoman cavalry units.
The Christians had broken through on both flanks leaving Murad II surrounded behind his wall of stakes.....

A bloody victory for the Christian's but alot of fun trying to change history.


Thanks to Paul and Sally @Kallistra who allowed us to play with their toys.
1000's of 12mm figures is a wonderful sight and pretty much played to conclusion in around 6 hours.
You can down load the rules for free from the Kallistra site.


Right time to sneak the purchases into the house and pretend they have been in the cupboard for ages.