The Cinderella Cattle Company - This is no fairy tale.

Another outing for Legends of the Old West and the occasional campaign game in the region around Dead Man's Gulch. Today's outing see's the Cinderella Cattle Company venturing out to secure a number of their lost cattle who have been acquired by the Mexican Army...… 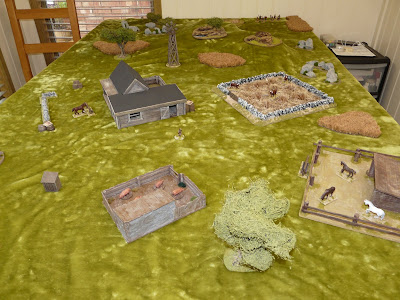 Don't listen to the Mexican government who will tell you it was a vicious raid on the legitimate government who were simply garrisoning the (wall) border it's all fake news :-) 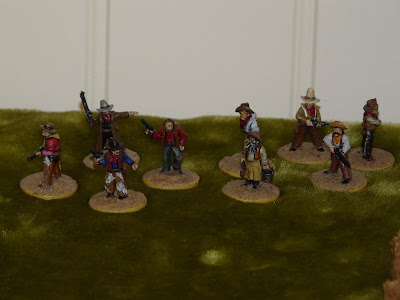 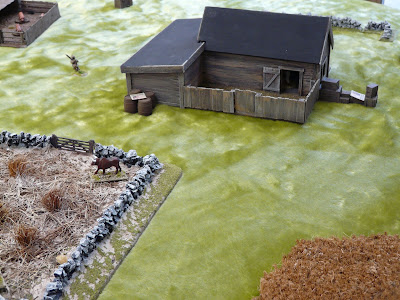 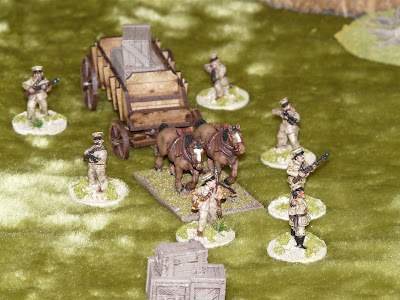 The outpost with it's sole guard wandering aimlessly around and the returning wagon and patrol no doubt with some else's property to add to their rations...... 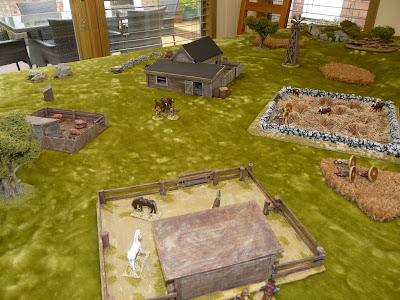 After several moves of sneaking around the perimeter, the cattlemen hide amongst the cattle and tall grass as the Mexican soldiers walk their horses to the stable. 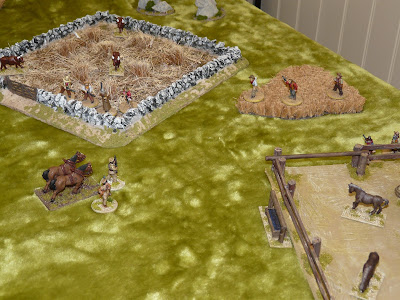 As the Federal troops near the stables Tom calls out to his men to open fire, his men blaze away and take down the unsuspecting Mexican troops. 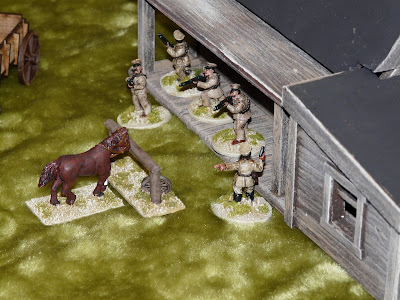 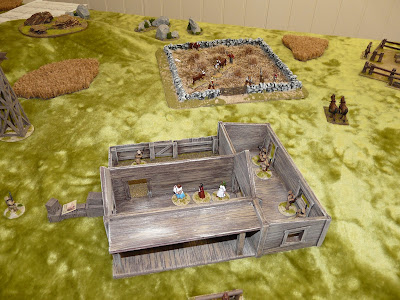 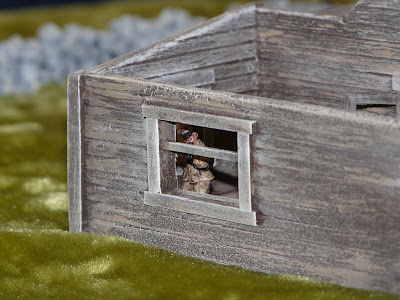 The alarm is raised and the Mexicans rush to engage the cowboy's. Popping up at the various windows and doors of the blockhouse. 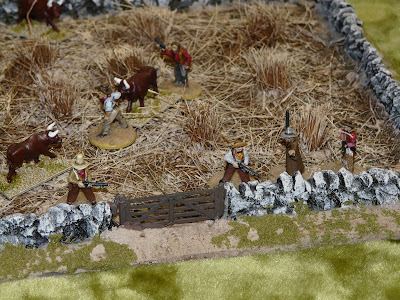 The cattlemen shoot down several Mexican soldiers, whilst the Mexicans have the range with their bolt action rifles, everytime they raise their heads they face a blizzard of lead, with several Mexicans going down.
However despite their losses the Mexican numbers are starting to tell with Jeff Lebar and Derek Shultz both being taken out by the Federal troopers. 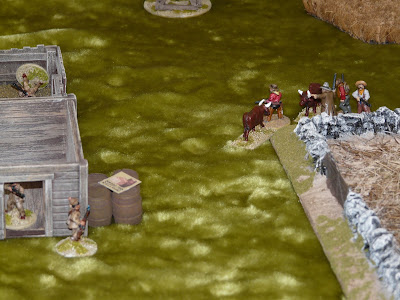 With a number of the Mexican soldiers ducking for cover or out of action, the cowboys make a break for it grabbing two of the cattle and heading for the table edge. 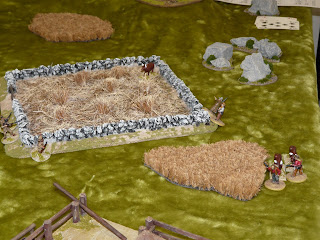 The Cattlemen skirt the stonewall field as the soldiers line the wall looking to inflict casualties on the scampering Cinderella men leading off the cattle. 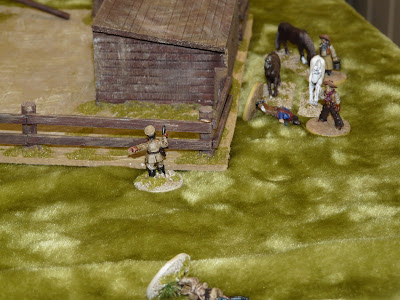 Having slipped pass the blockhouse defenders the cowboys are intercepted by the commander of the local garrison who shoots Drew Hickey dead, the westerners fire back as the Mexican Captain takes cover behind the fence line. 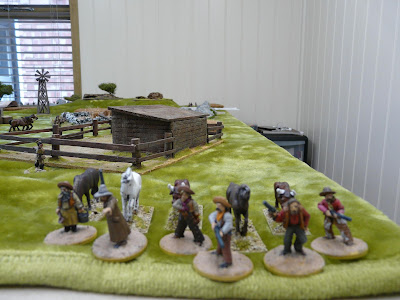 A good day in the field for the Cinderella Cattle Company having captured two cattle and three horses, all three of their casualties have managed to crawl away and are able to return to the fight next battle. Meanwhile the Mexican were not so lucky with five of their number killed in battle.

Email ThisBlogThis!Share to TwitterShare to FacebookShare to Pinterest
Labels: AAR's, Legends of the Old West, Western