The Pearl of the Antilles. - The Haiti Campaign - The Battle of the Sugar Field - 9th August 1791

Jean - Charles a name given to him by his plantation owner peered out from the sugar field looking across the estate, an estate that had for so long been his home if you can call 25 years of slavery and imprisonment home. But free he was now and he was not going to let the Spaniards return him to a life of slavery. 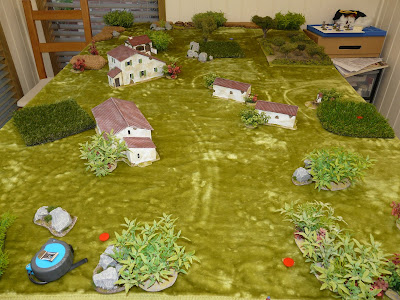 Having been beaten a few days before the next engagement in the Pearl of Antilles Campaign is a further engagement between the Spanish and the slave army of Princess Amethyste in the north of the Island.
The battle is a fighting withdrawal with the Slave forces seeking to delay the Spanish by giving them a bloody nose before falling back. 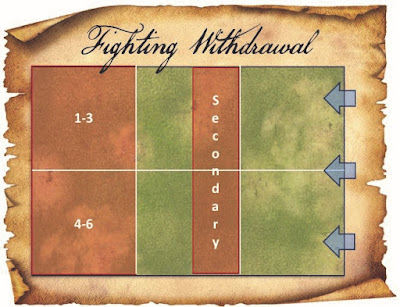 The Spanish had learned much since their last encounter with Jean - Charles one of Princesses Amethyste's most trusted lieutenants. They knew the freed slaves would be waiting for them anywhere on the table, with numerous plantation houses and slave quarters. The enemy could ambush them from anywhere, but the Spanish had a one advantage they had recruited a local man who was able to show them the primary jump off point and a lightening strike would surely win this battle before it had started? 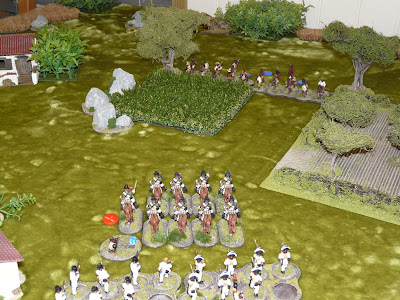 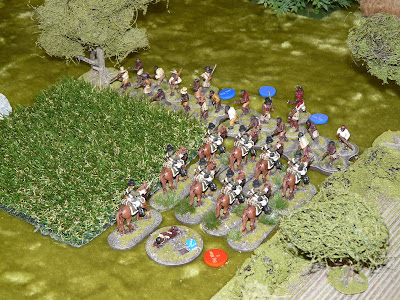 The slaves fired a ragged volley at long range but were unable to stop the cavalry who charged into the defenders. 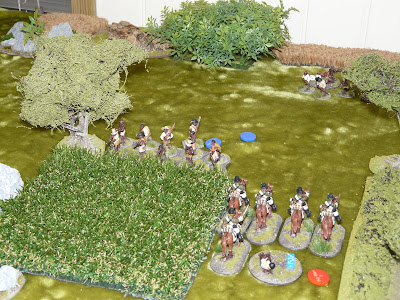 Jean-Charles could only watch as his 2nd section was swept from the field running back towards the tall grass and undergrowth. 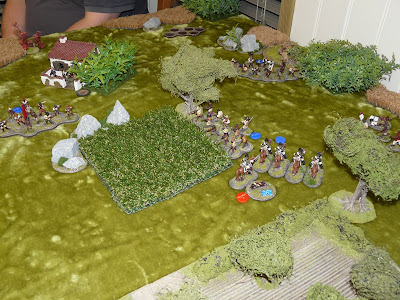 Meanwhile the cavalry reorganised and edged forward, now within a few feet of the primary deployment point and victory. Jean-Charles called forward his remaining forces but with the cavalry so close many of his fighters were forced to deploy behind the main jump off point. 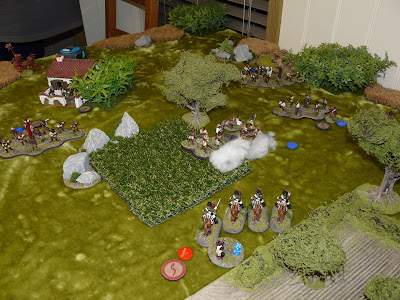 Finally some luck for the slave commander as he was able to call out a string of orders without Spanish interference. He ran from man to man urging his people to fight for their freedom rushing in front of the firing line, his troops fired catching the cavalry at close range and forcing them back from their so nearly captured prize.... But whilst securing a minor victory was rewarded by a shot in his rear.... charming..... His force morale slipped down to 4.... ouch. 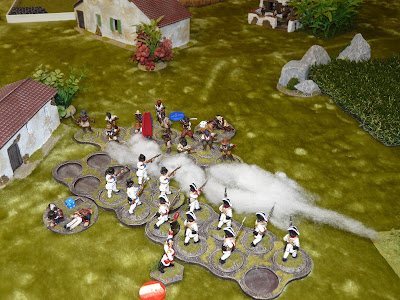 Meanwhile aid was coming his way in the shape of the locals rising up and grabbing clubs, knives and any other improvised weapons to set about the on coming whites. The initial ferocious attack took out a section of colonials who were caught unloaded. The Spanish morale took a serious knock. 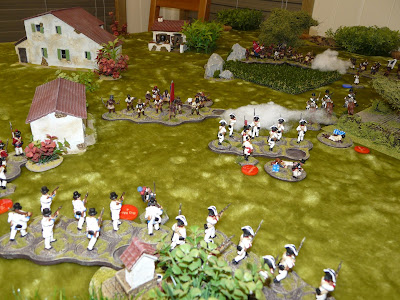 Whilst taking a number of casualties the unarmed slaves gathered their remaining men for a further charge only to be faced by a another full regiment of infantry all primed and ready to fire. Round after round was poured into the slaves as they were forces to fall back, their force morale slipping still further. Their issue compounded by Spanish artillery fire. 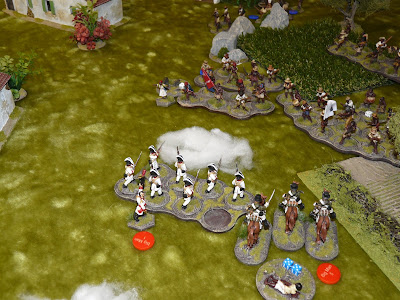 Sensing a minor panic in the Spanish ranks with the main body masked by the shattered cavalry.
Jean-Charles rushed forwards a large body of men each with barely a weapon between them but all keen on taking a Spaniard with them, but luck was not with them. Turn after turn would pass within a commander being triggered and without flags in the bag they had no opportunity to make their final charge.
Meanwhile the Spanish artillery was tearing holes in the slave ranks, the slaves morale waivered and then finally broke before the big choppers had a chance to set about the Spanish command.

Post battle report.
Casualties were very similar with the Spanish losing 17 to the Amethyste losing 18.
The difference of two on the force morale chart returns to men to the Spanish ranks they also capture a sack of supplies from the slave forces and seize the initiative.

However the Spanish have far superior medical facilities and manage to patch up all but 1 man who is killed and 5 walking wounded who will miss the next battle.
The insurgent forces see 7 dead and a further 2 wounded and are forced backwards.
Posted by Stuart S at 09:33