Browsing e-bay a few weeks ago I set myself the goal of picking up some evil creatures on the cheap and came up these Dire Wolves for less than a tenner, they were unpainted and a little flash heavy. I have no idea who the manufacturer  but they will be a useful addition to the forces of darkness. 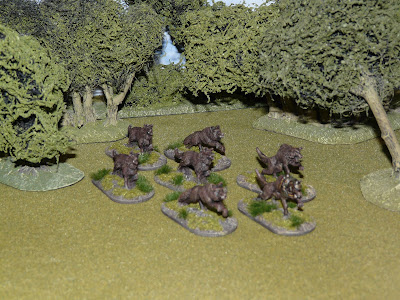 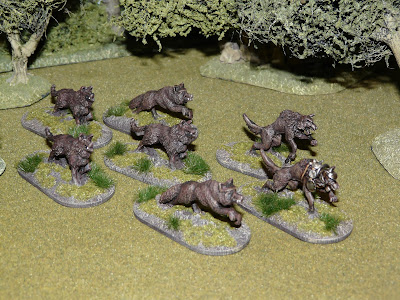 I already had some werewolves hidden away so these nasty beasts could fight as wolves or convert to something far more nasty. 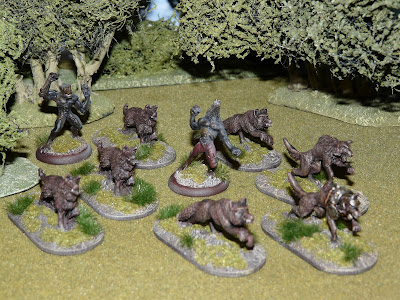 How will the valiant Englishmen last not only against the Spanish invaders but the rise of the evil which fills the land. Plenty more to come in the weeks ahead for Spanish, English and Dark Forces. 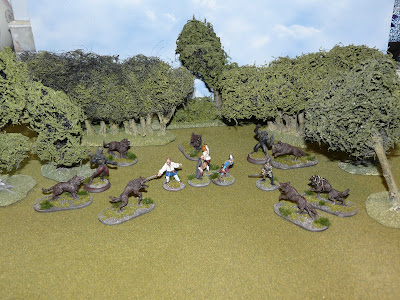 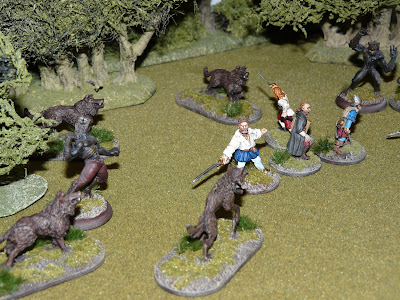 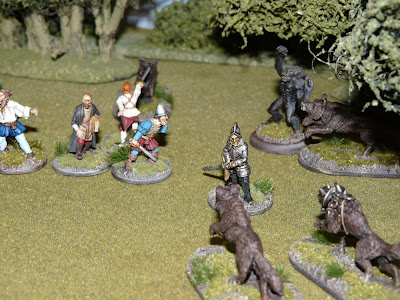