LOTR Campaign Round 2 - Battle #4 Keep them out.

Round one is over.

A good round for the Orc's who have raided deep into the heartlands of middle earth with armies pushing around the northern and southern flanks of the misty mountains the forces of man know they need to hold on for a few more rounds before they can rally reinforcements to their cause. They had held back the invasion from Moria but elsewhere they are in retreat heading into strongholds to defend against the Orc onslaught. 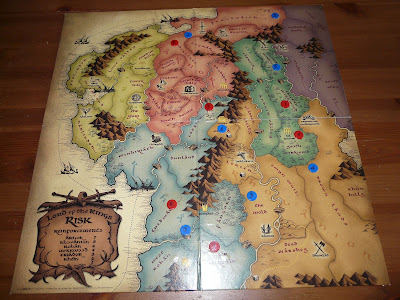 Month 2 and the Orcs are rushing head long for Mirkwood, one of the key cities that they need to secure to win the campaign. 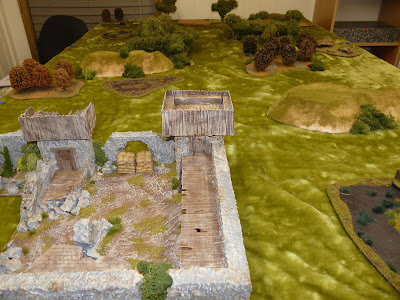 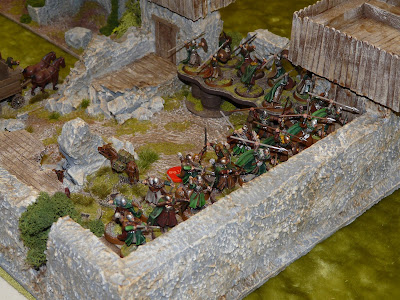 A scratch force out numbered 2:1 is holding one of the gate houses at the northern edge of the city, pickets rode back into the city, the Orc's were coming and in vast numbers.... They aim to take the city and raze it to the ground. 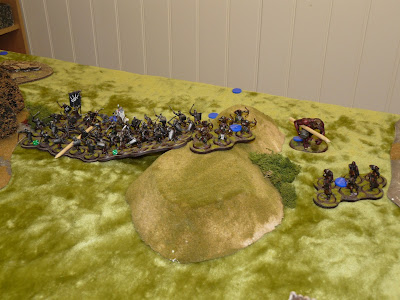 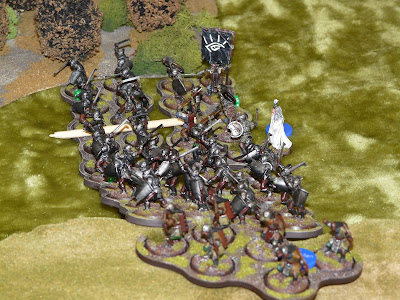 The Orc's were without deployment points, but with warriors two score deep they were not needed they had one aim, breach the gate and ravage the city. 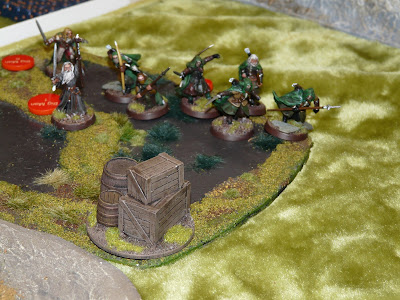 A few brave souls were outside the walls, green cloaked rangers popped up from their hiding places and sniped at the massed ranks of fowl creatures each shot, each kill would be a blow to the attackers. 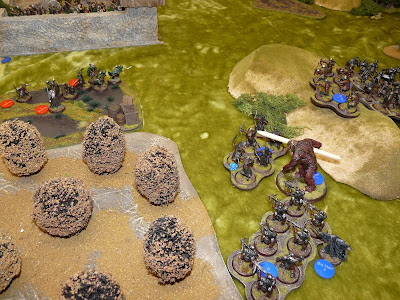 Shock started to mount on the Orc's but still the creatures kept on coming, huge trolls with tree trunks for battering rams, skirmishers with cross bows that could pierce the strongest armour. 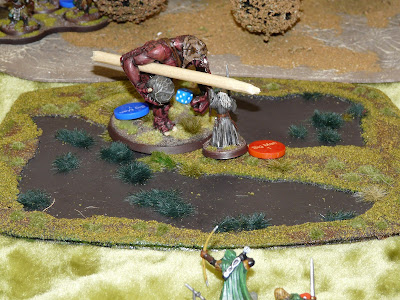 A troll rushed at Gandalf who stood his ground and despite the odds beat back the fowl beast, that was one less threat to deal with, but Gandalf was injured but was still in the fight. 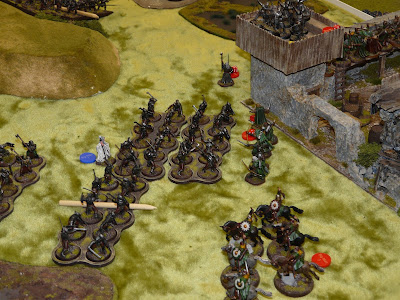 The mass ranks of Orcs rushed forwards. The Rangers having skirted the castle walls were running out of room but stood there ground as the defenders rushed to shore up the defences and the gate to the city. 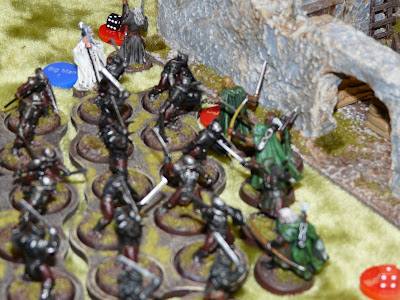 Pinned against the gate the rangers of Gondor were struck down under a tide of brown skinned Orc's they had paid with their lives but the gate was shut..... For now... 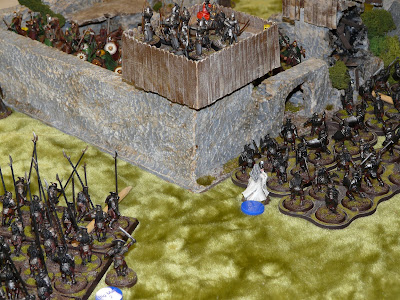 Despite arrows and spears raining down on the invaders the enemy were at the gates and the walls, there battering rams smashed through the walls and gates and slowly the Orc's forced there way into the city. 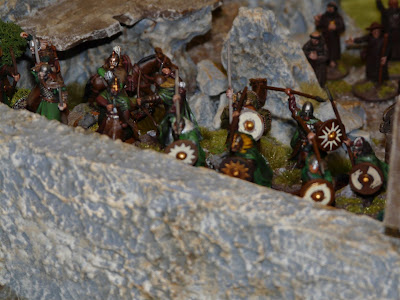 The Defenders threw the last of their spears and stepped back from the walls exiting the city through a secret passage, leaving the city to the Orc's..... 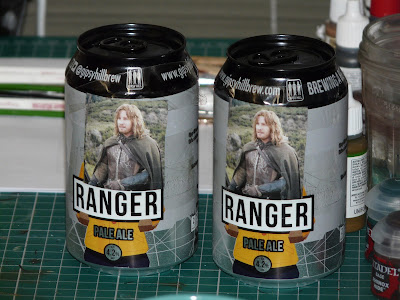 The spoils of war..... the Orc's celebrated consuming the stocks of ale held in the cities stores.

A great game, but another victory chalked up to the forces of Sauron..... fortunately most of the human forces escaped but one of the key objectives had fallen.