A slightly delayed post. A fantastic Christmas present from the family, I could probably have scratch built something similar but I was pressured into giving them a list and was told that it can't contain all my usual "weird" stuff. - The cheek of it. 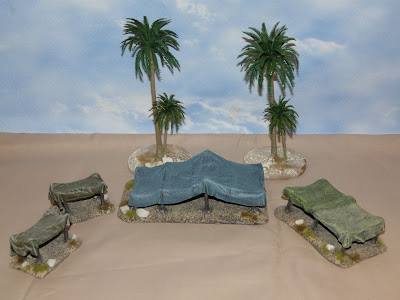 Cast in resistant resin they come ready painted out of the box, this middle eastern encampment will be suitable for the Ancient encounters, but could easily be used for the Napoleonic project right up to modern day. 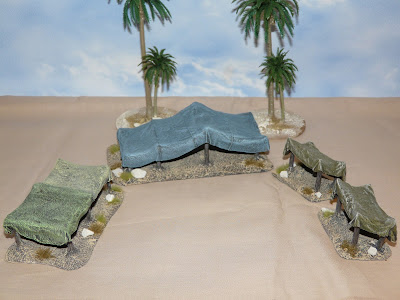 I gave them a slight tweak dry brushing the bases to blend with my own terrain and added some extra grasses and rocks to give them a levant feel. 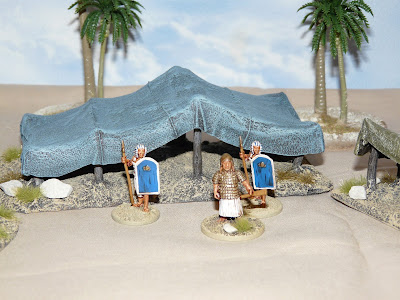 Now they just need some game time that might have to be solo given the current status of the UK.