Whilst I await reinforcements from the Perry's for the French forces and Brigade for more Ottoman's. I thought I would ease myself in with some of the support options available to the Ottoman's and French Forces in Egypt within Sharp Practice 2.

I ordered a number of items from Brigade several months ago and this is the first opportunity to get them on the paint table, whilst others have been repurposed and touched up a little.

In order of cost.

Physic - List One
Part of the Force Commanders Retinue, useful for bringing to a leader who has been knocked out or patching up leaders wounded in combat.
The Physic is from Brigade Miniatures and the Camel litter from Redoubt. 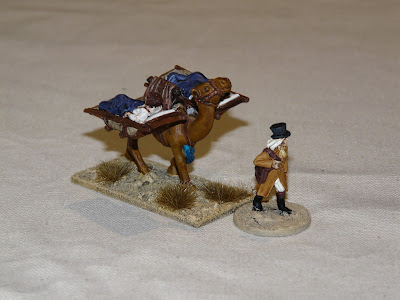 Musicians - List One
When attached to a force commander he my double his command range and my add plus one to any roll on the uncontrolled troops table. Very useful given the quality of some of the Ottoman troops.
A French Drummer from Brigade and also an Ottoman Trumpter from Brigade with a Drummer from BlackTree (?) 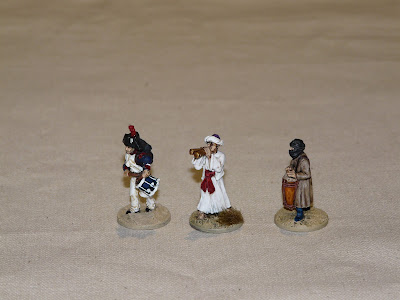 Holy Man - List One
What Ottoman Force would be complete without your inspirational Preacher, when attached to the unit he may remove 1D6 of Shock from the unit he is attached to.
Not sure of the colour in the photo but he does look better in the flesh honest... 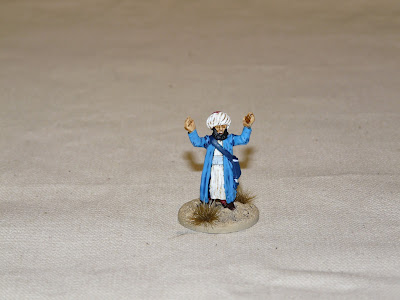 Water Cart - List Two
Two for the price of one here, a Warbases Water Cart for the French and an Arab with flask for the Ottoman's or they could be used together if necessary, I toyed with adding a mule but figured it was more likely to be used unhitched within various scenario's.
Perfect for all kinds of uses from washing off the dusk to quenching one's thirst. 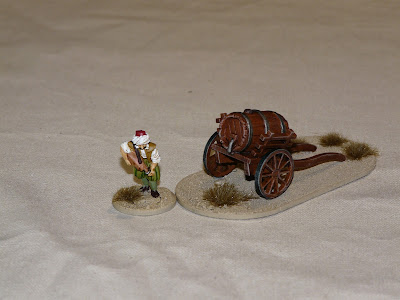 The Colours - List Three.
Perfect for driving home the advantage in melee espically if bested in melee by two points, but don't get them captured.
Two more offerings from Brigade Games. 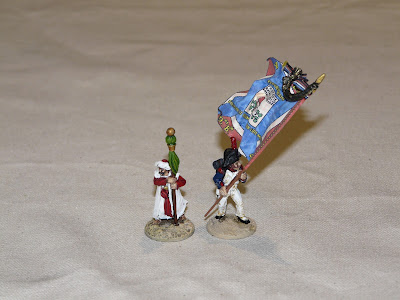 And finally some additional Shock Markers from the "Bits draw".
I have added a couple of dice holders on two of the bases, given the increase in shock which a unit might absorb in a turn.
I think originally from Foundry's Zulu War and Darkest Africa Range. 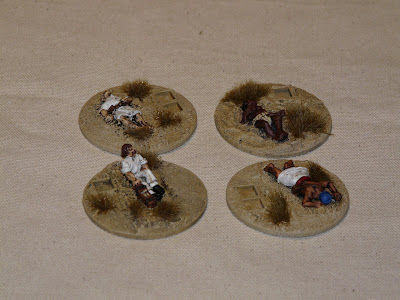