Time to catch up on some of the outliers. Last September I picked up the Antediluvian Miniatures - Kickstarter - Conquerors of Mictlan Range. Well a year later they finally made it off the paint table.... Shameful. 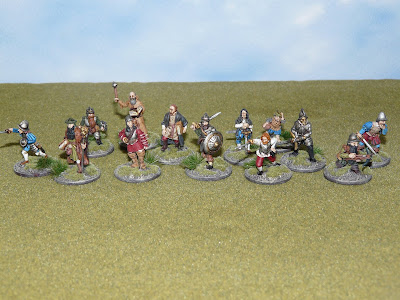 These will be perfect for the Ghost Archipelago or the Elizabethan Zombie War Projects, as always with Antediluvian some great sculpts and really rich in character. 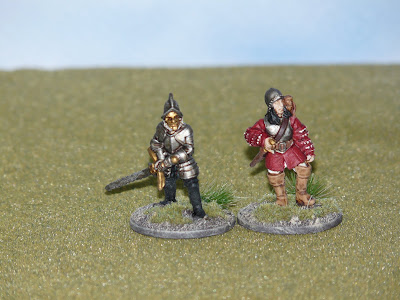 Spanish Officer types, the chap on the left with his two handed broadsword has a full face mask, whilst the second character even comes with his own monkey. 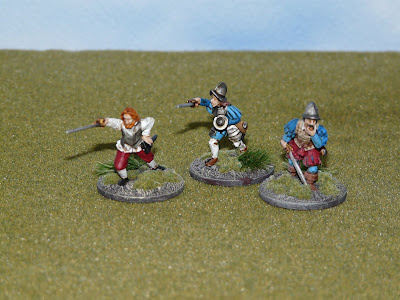 More Spanish men-at-arms lets see how the rapier fares against the wandering dead...... 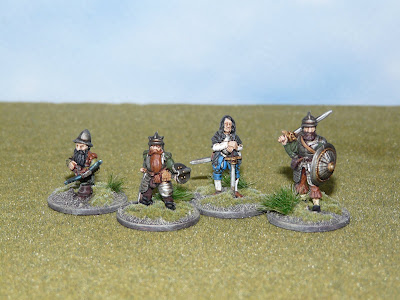 Born adventurers, it must be over 20 years since I last painted a dwarf but these guys should come in handy in the campaigns ahead. 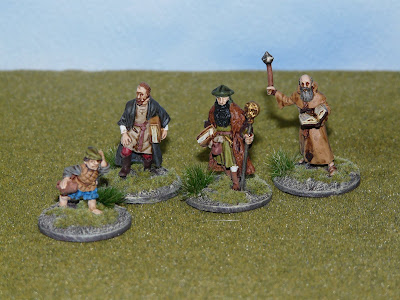 The scholars and the young prince. Already thinking about the scenario's for these characters.

I was pretty impressed with Warlords of Erehwon Warlords fantasy rules when we first gave them a run out. With plenty of scope for some of the odd ideas I had for the Elizabethan games.
I think these figures might just push me over the edge to make the purchase.
Posted by Stuart S at 08:53