A little behind on postings....
Club Night and all things Sharp Practice are on offer over at the Wyverns.

First up a cracking outing in the woodlands of North America, a French raiding party is about to have the tables turned on them as they attempt to raid an Indian village. 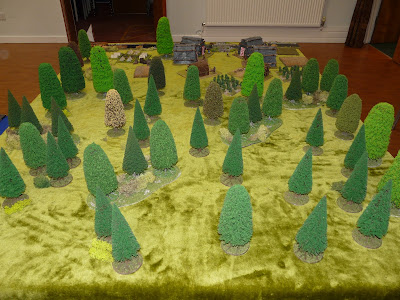 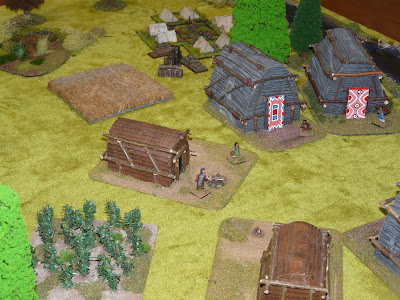 With the gods of War on their sides the Indian Big man comes out of the bag first he pushes the movable deployment forward deep into French flanking the French. 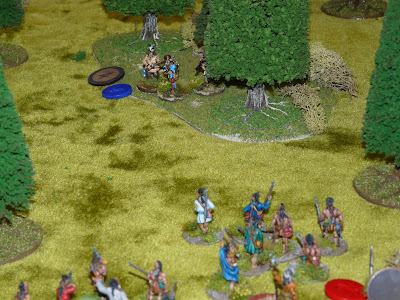 Meanwhile to the front the British and their Indian allies push forward. 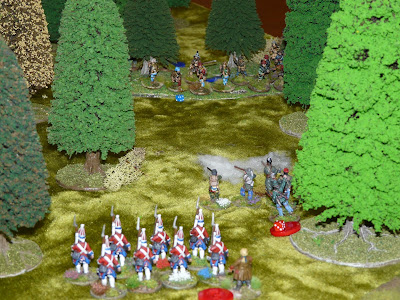 On the far left the French charge forward pushing the Indian's back, but in turn are countered charged by yet more Indians. In a bloody affair the French commander is killed and their force morale slips down into single figures. 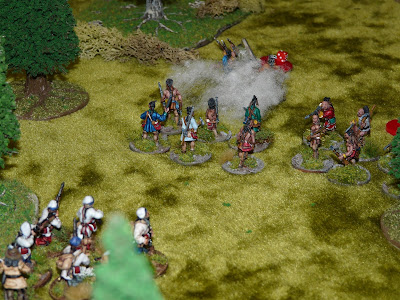 With their leader taken from the field the French morale creeps ever more towards the danger zone. The final blow comes as the Indian bolstered by their victory in melee drive into the exposed flank. 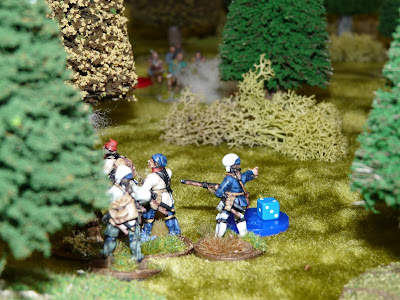 Meanwhile across the hall. The first outing for 10mm Indian Mutiny coming to a wargames show near you.... 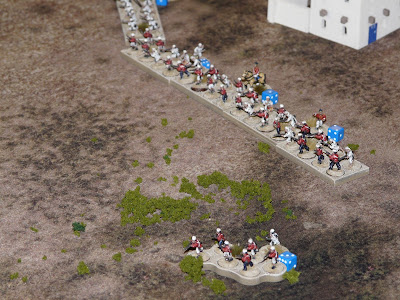 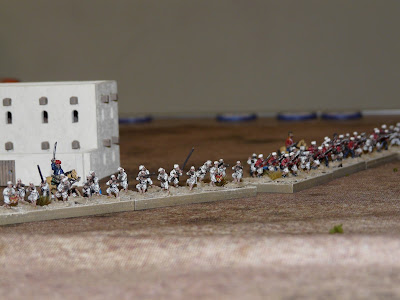 Looking forward to see how this develops in the weeks ahead.
Posted by Stuart S at 13:14