Lord of the Rings. - The Shrine at Hegakson

Another outing in the gaming bubble.
With the Orc's rampaging through the lands, priests are sent to gather the relics of the old gods before the Orc's destroy all that is sacred.
Reaching the burial site at night fall the forces of man set camp for the evening as the priests prepare to gather the relics when they are set upon by a Uruk-hai raiding party. 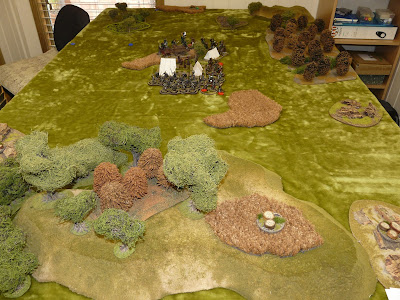 Another outing for Infamy Infamy adapted for the Lord of the Rings, the camp must be defended until 12 points can be amassed and then the priests must be escorted from the table. 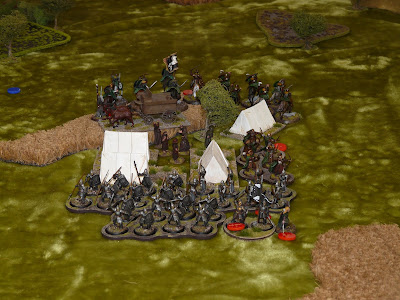 A detachment from Gondor drilled and heavily armoured with cavalry from Rohan defends the camp and priests. 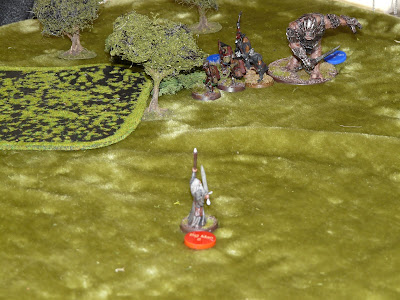 Gandalf sets off to scout the way forwards, but is set upon by a Troll and Orc skirmishers who bar his path. 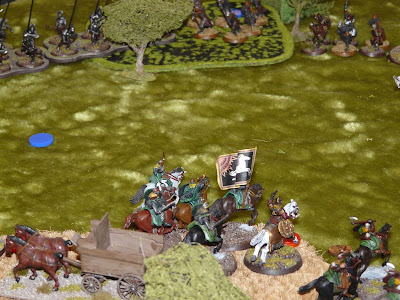 The Riders of Rohan can only look on as Orcs appear from the evening mist covering the swamp. Arrows fall upon their ranks. 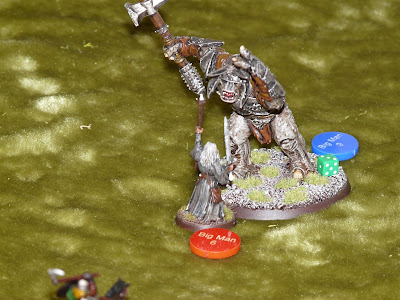 Gandalf is caught by a raging troll as he ambushes the sage from a patch of rough ground, he is beaten backwards and is forced to retreat into the camp. Not the best start for the defenders. 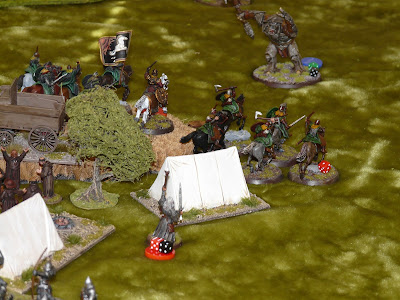 Watching as Gandalf is driven into the camp bloodied wounded Captain Stegmar spurs his men on, their javelin's weaken the creature stripping him of his fervour before their lances bring him crashing to the ground. 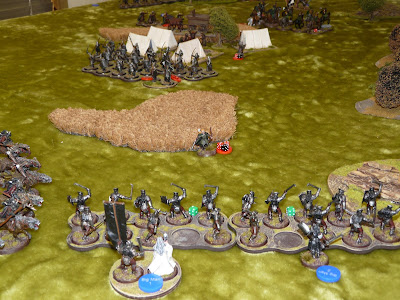 A small victory but things at the southern end of the table are about to take a turn a terrible turn, Legolas who was scouting the woods on the hill stirs a company of Urak-kai who force him backwards, wounded and shocked. 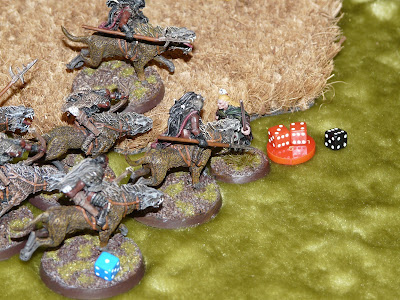 Barely had he caught his breath when the Warg Riders catch him in the open and strike him down. The men in the camp look on in horror as their force morale drops by two points. 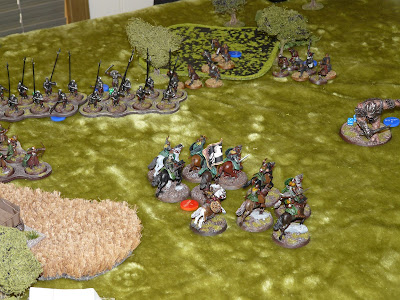 To the north the cavalry hold the line against increasing odds and a storm of arrows from the Orcish skirmishers. 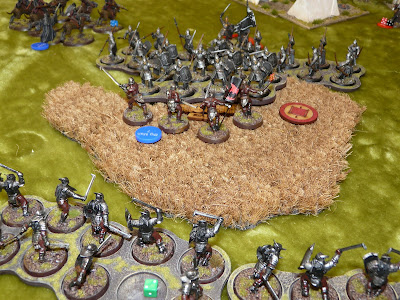 Having dispatched the elf, the Orc company advance on the camp, releasing berserkers from their ranks, unfortunately the Gondor Infantry had grown wise to the Orc tactics and closed their ranks blunting the deadly assault with a series of defensive dice. 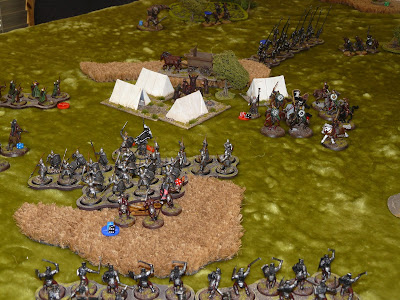 But as the men of Gondor held the line using their drill to defend against the attack, Warg riders were flanking the body of men and the orc warband got ever closer. 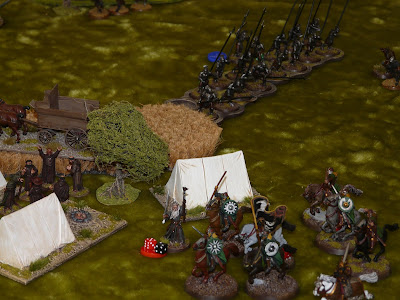 The men of Rohan were charged by block of Pike rather than taking their chances they turned their horses and rushed for the fight in the cornfield as the Orc Pike struggled to follow them up. 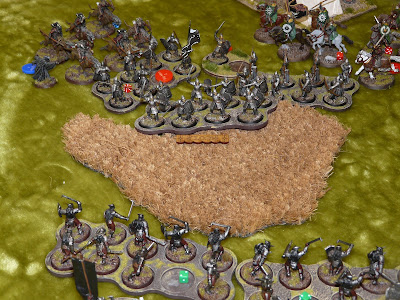 The Warg Riders smashed into the flank of the men of Gondor, arrows and javelin's caught a number of the men before they could form up. The initial assault pushes them back, Before their drill kicks in and slowly they pressured the snarling beasts who's attack starts to run out of steam. 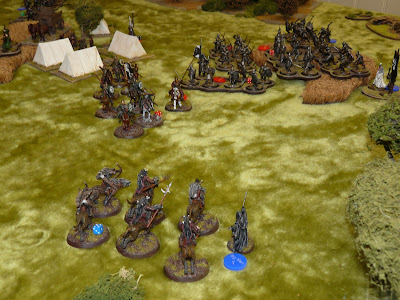 The Warg Riders fell back as the cavalry moved forwards to protect the flank.
As the main Orc warband closed on the men of Gondor who braced their shields, both sides pushed and  shoved with limited success. As night started to fall and the orc raiders disappeared as quickly as they appeared.
Another great encounter very different in feel to the first outing as the men, held firm relying on drill to push back the Orc raiders rather than force of arms, the priests were unable to to secure enough task points to break camp, which led to the human forces to fight a defensive battle.
The Orcs were unable to make use of the their ambush points which resulted in a a drawn out clash of arms.
Both Orc and Man had been honing their skills since the first encounter.
Next up.
The men of Gondor must escort the holymen back to Gondor territory before the Orc's come on again.
Posted by Stuart S at 21:45