The Pearl of the Antillies. - The Haiti Campaign - The 2nd Battle for Bahon 10th August 1791

After the first battle 4 days had past, the French under Viscount de Blanchelande starred out from the stockade, he had been bolstered by additional troops but was unable to stop the forces of Dutty Boukman as they surrounded the fort. 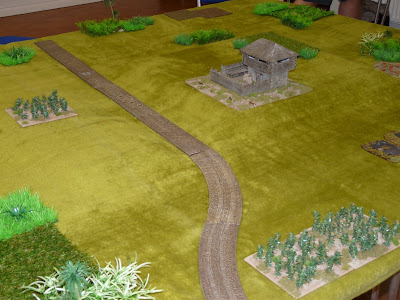 Dawn on the 10th August and French pickets rang the alarm as groups of armed slaves appeared from various points around the fort, the insurgents crept forward reaching the dead ground in the shadow the of the stockade. The slave army knew the French were in there but no soldiers were seen. 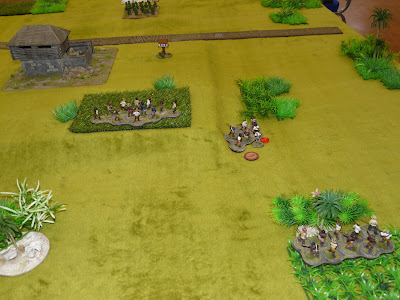 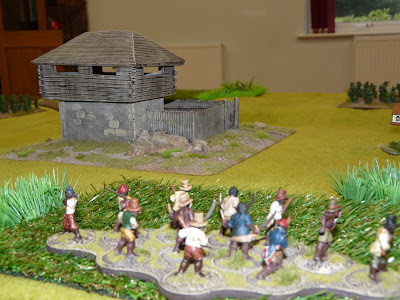 The slaves armed with sticks, knives and axes moved through the tall grass. As they reached open ground the French rose up from their positions and left off a round of cannister from the fort together with a volley from the Militia to deadly effect. The slaves retreated back down the hill as quick as they had come on. 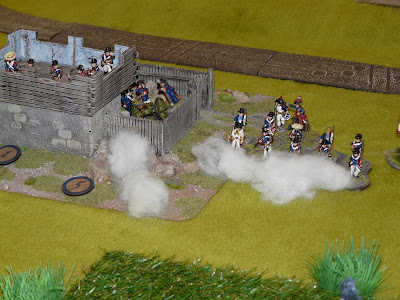 On the far left Blanchelande unmasked his war dogs as the hounds strained at the leash they were sniped at by skirmishers from the under growth, the dogs set off in a deadly game of cat and mouse, some of the riflemen were caught and torn to shreads, but slowly the shock began to tell on the dogs and handlers. 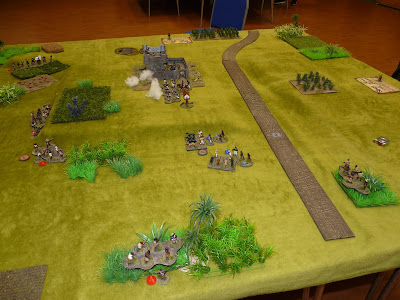 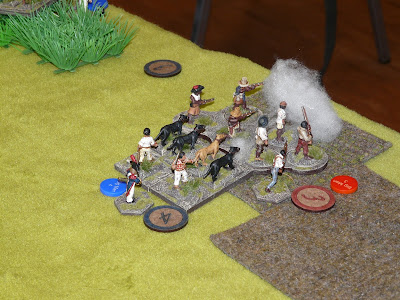 To the right the main slave forces broke cover and advanced on the fort, the French called forward their regulars to stem the tide of insurgents. The first volley was not enough to drive back Dutty's forces but they had stopped and both sides began a long range exchange of musketry. 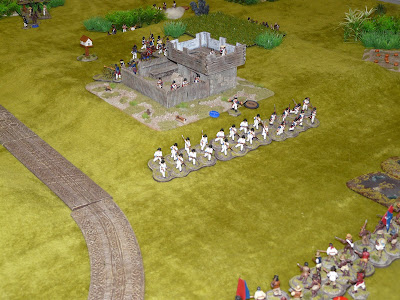 As it began to feel like the slave force were not going to make any headway and both sides were about to settle for a draw things were about to take a nasty turn for the defenders and the escaped slaves were about to have a day that would go down in history. Having seen off the first group of slaves, Viscount de Blanchelande charged forward to clear the second group of freed men. 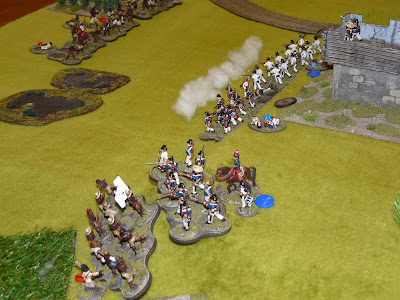 The melee was a disaster the French failed to land a single casualty on the slaves but in return they lost 6 of their own including Blanchelande who was wounded. The French fell back and their force morale began to sink. 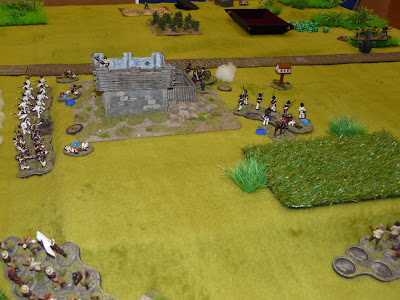 The Slaves with their confidence sky high rushed the flank of the firing line, the French unable to react turned and ran, a number of them falling to the blades and axes. The French force morale fell still further. 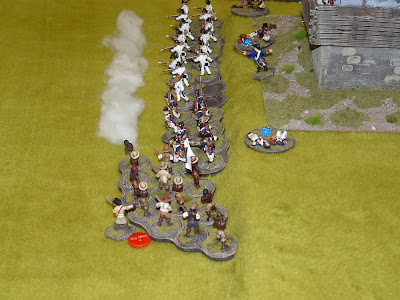 The French regulars continued to fire several ragged volley's even bringing their 4 pdr forward to even the odds but they were soon forced to give ground to the ever increasing musket fire. As the formation broke the French turned marched/ran back into the fort and slammed the gate shut. 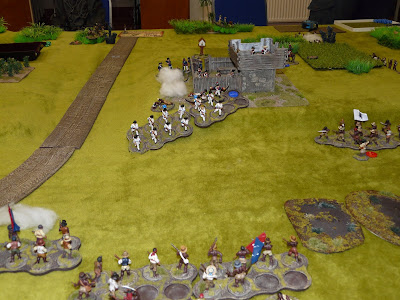 Dutty did not have sufficent forces to breach the walls but he had most certainly rattled the Royalists who now had to contend with multiple wounded to be tended to and a significant reduction to their fighting strength.

Will we see a 3rd battle for Bahon or will the slaves look to starve them out?

Email ThisBlogThis!Share to TwitterShare to FacebookShare to Pinterest
Labels: Campaign, Haitian Revolution, The Pearl of the Antilles, Too Fat Lardies