Saturday saw the Wyvern's first outing of the year - Hammerhead 2015
A show with a very different feel to it than others on the list currently in the calendar for this year, with over 50 participation games their was plenty to do and everyone was willing to talk about their games and introduce you to the scenarios on offer.

The new venue the George Stevenson Hall was excellent - plenty of room to move and natural light. The traders were well spaced out had enough room to display their goodies....
Well done to Sally and Paul from Kallistra for organising - definately one for next year...
For our part we opted for a nostalgic trip down memory lane, coverting the Standard Games - Samurai Blades system to miniature. 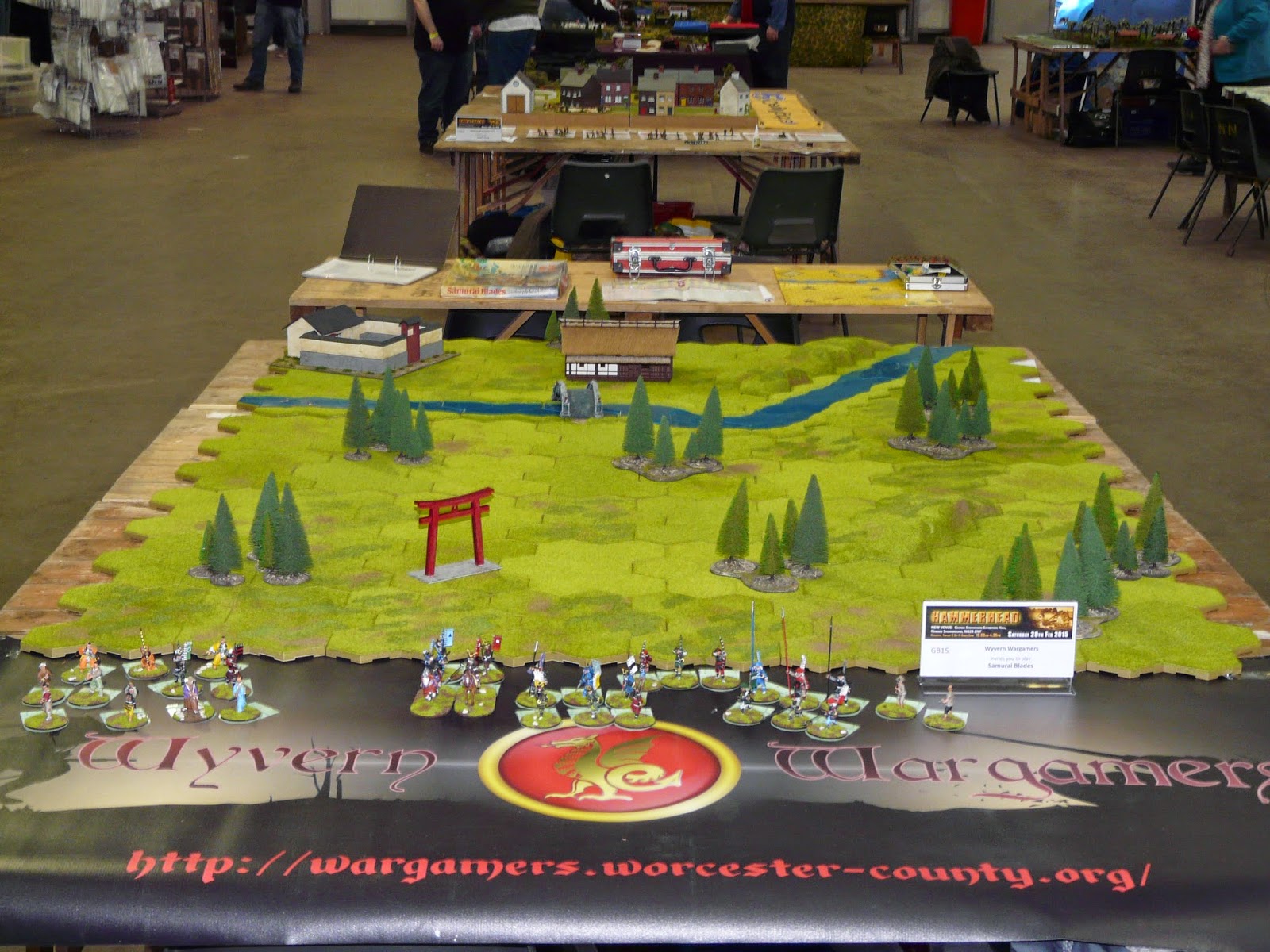 The scenario was a simple one - The attackers must cross the bridge and Kill the rebel warlord, out numbering the defenders 2:1 it should be a stroll..... 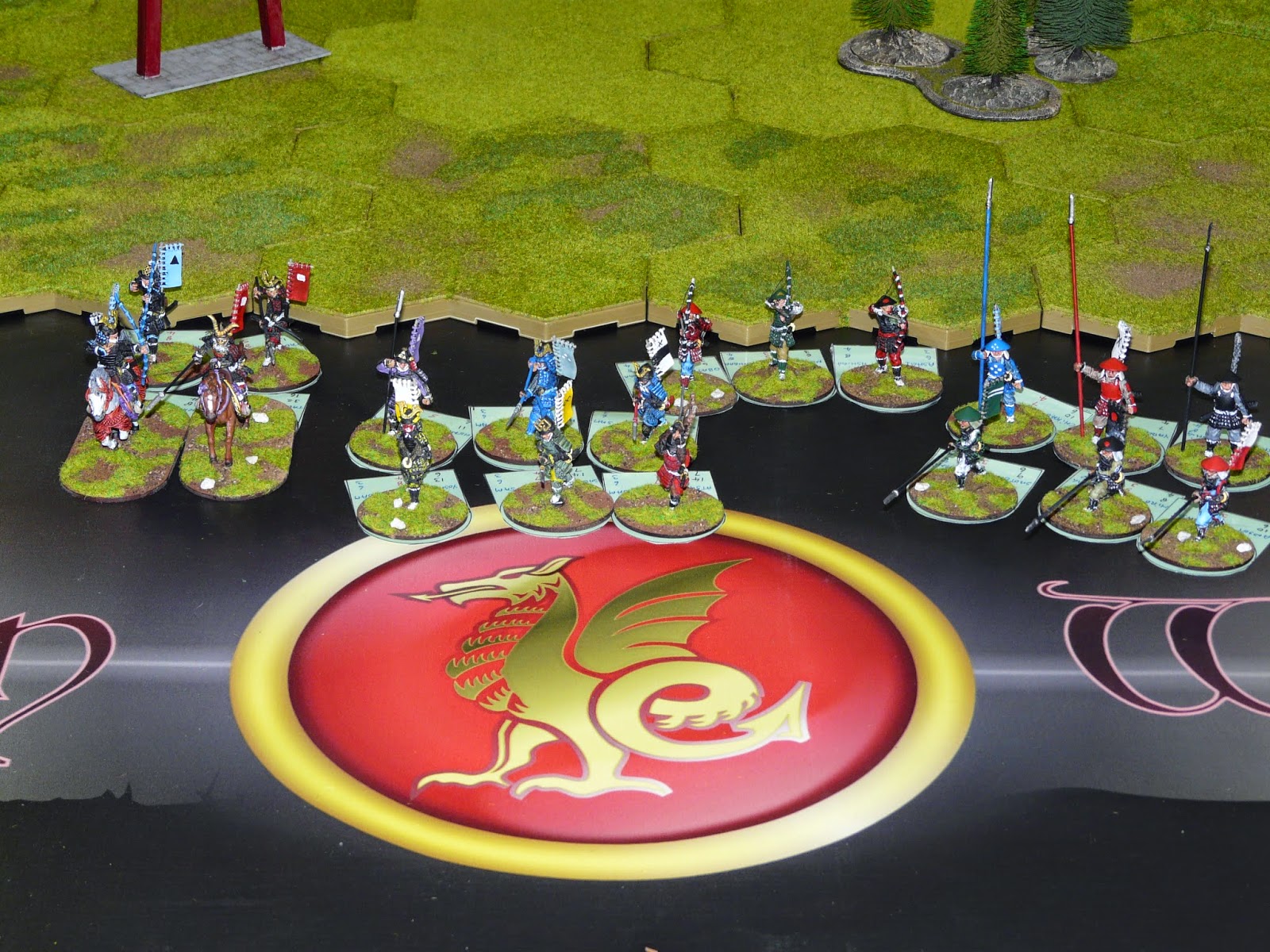 A selection of the attackers, mounted Samurai, ashigaru and foot troops. 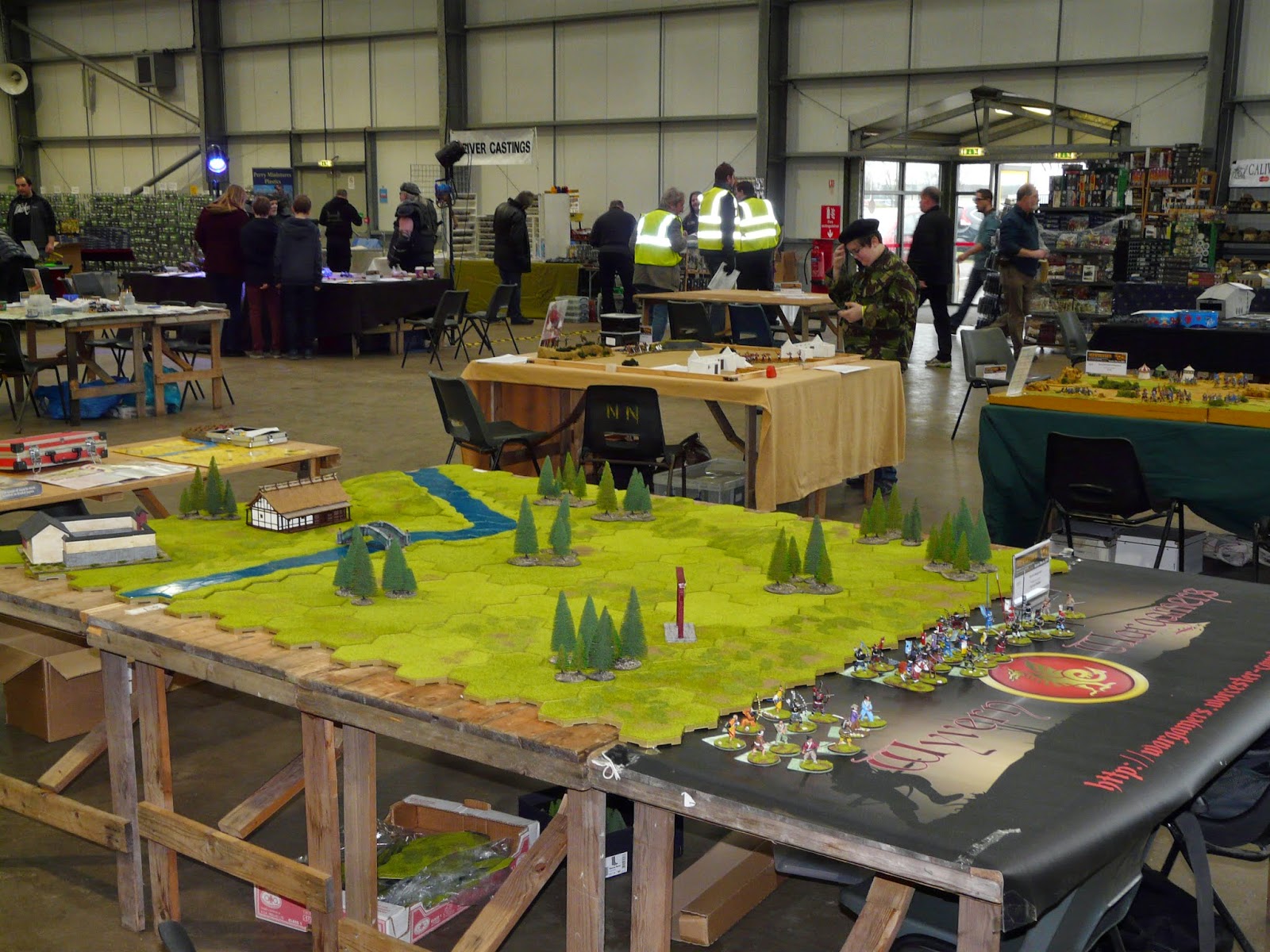 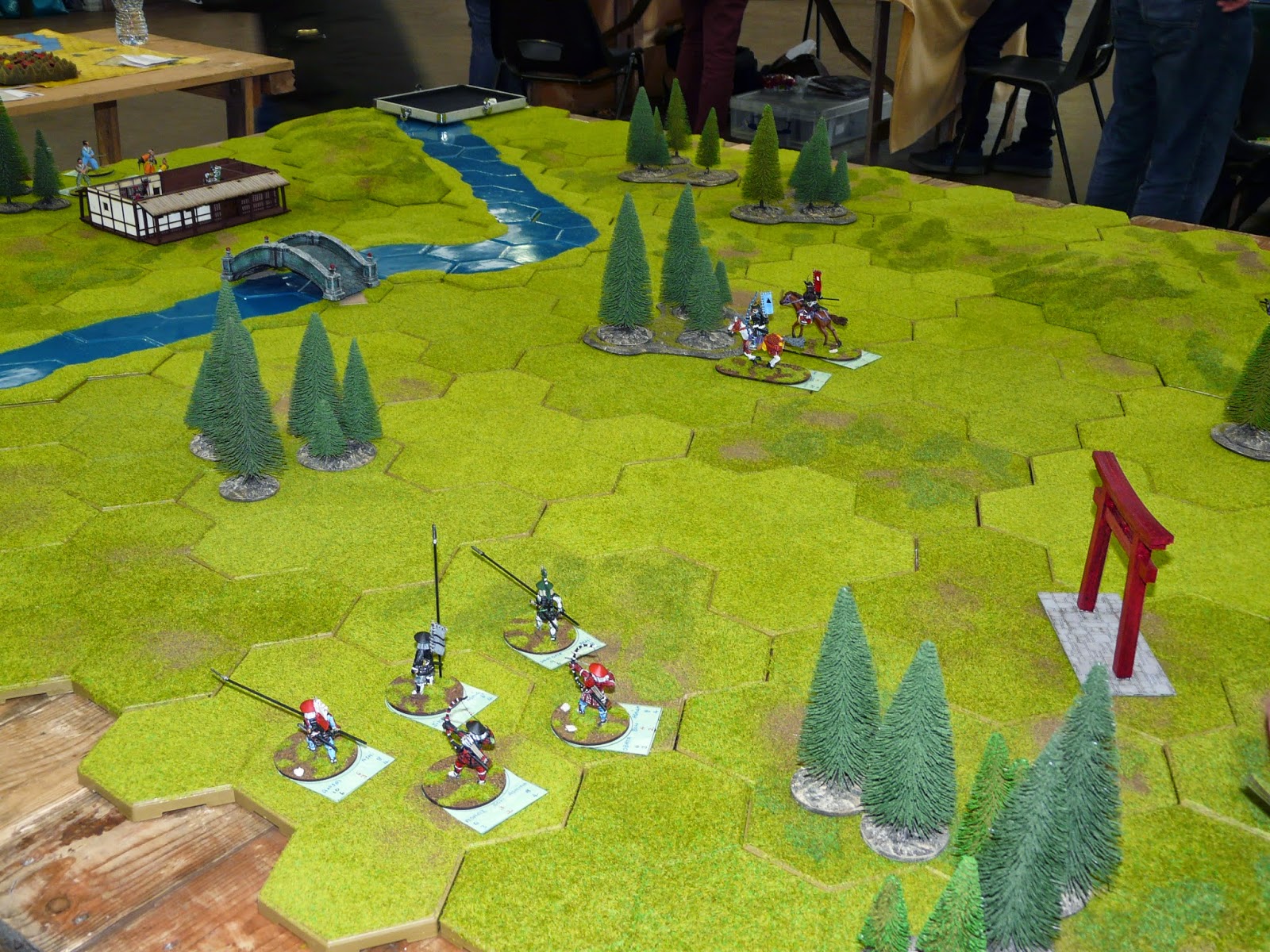 A couple of shots from the game, the cavalry use the woods as cover as they race towards the bridge, missile fire can be deadly and with archers firng twice in a turn you really don't want to be caught in the open.
The use of Kallistra's terrain makes movement easy with infantry moving 8 hexes to the cavalry's 12. 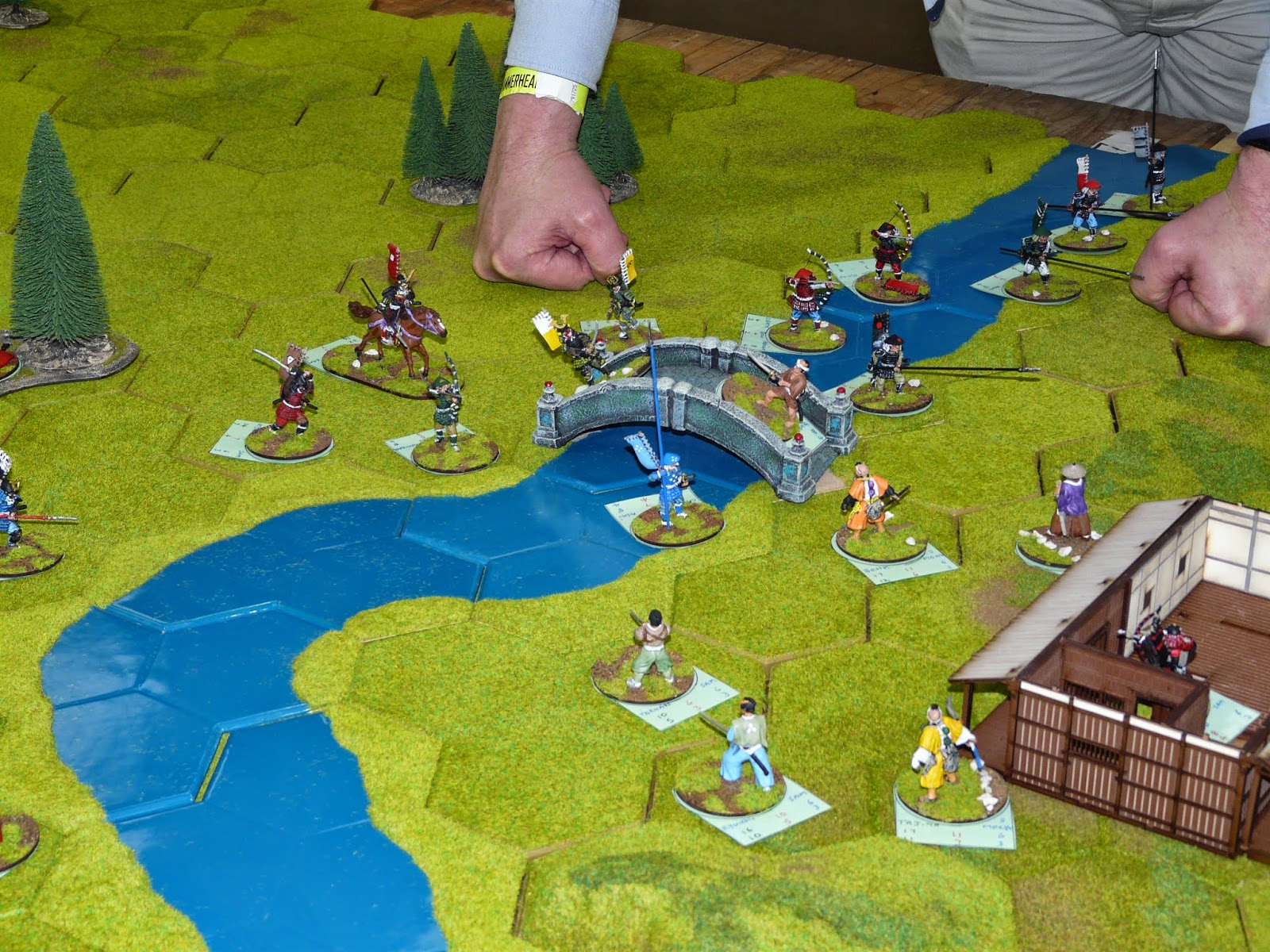 The Warrior Monks rush from their hiding places looking to protect their leader, the Samurai look to cross the bridge whilst their retinue are forced to get their feet wet through the river. 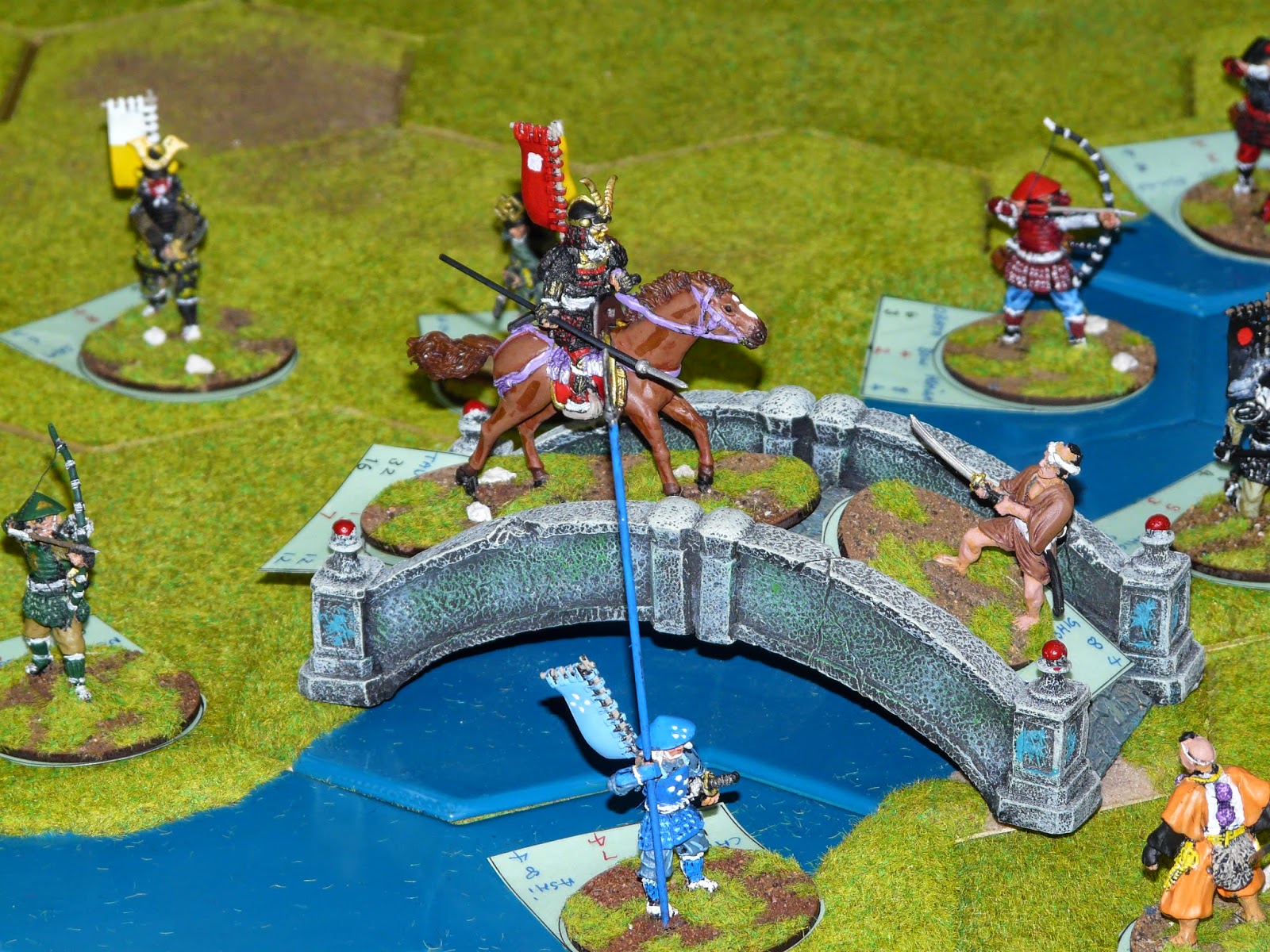 Having added the stats from the original cards to the bases, the battles can be easily resolved, with an attack score of 32 for the Mounted Samurai and only a defence of 3 for the monk, this melee was never going to end well with odds of 10:1.

Thanks to everyone who took part.
Four games in a day and plenty of banter and chats with fellow gamers - not a bad way to spend a Saturday.

For anyone interested in the original game, the counters and maps are still available here.