Last Sunday saw the first outing for the SCW Moroccans, pitted against Ian's militia.
The game started badly for the Nationalists rolling low on the Force Support dice, whilst the Republicans rolled high - a difference of over 18 points...... definately a case of quantity over quality. 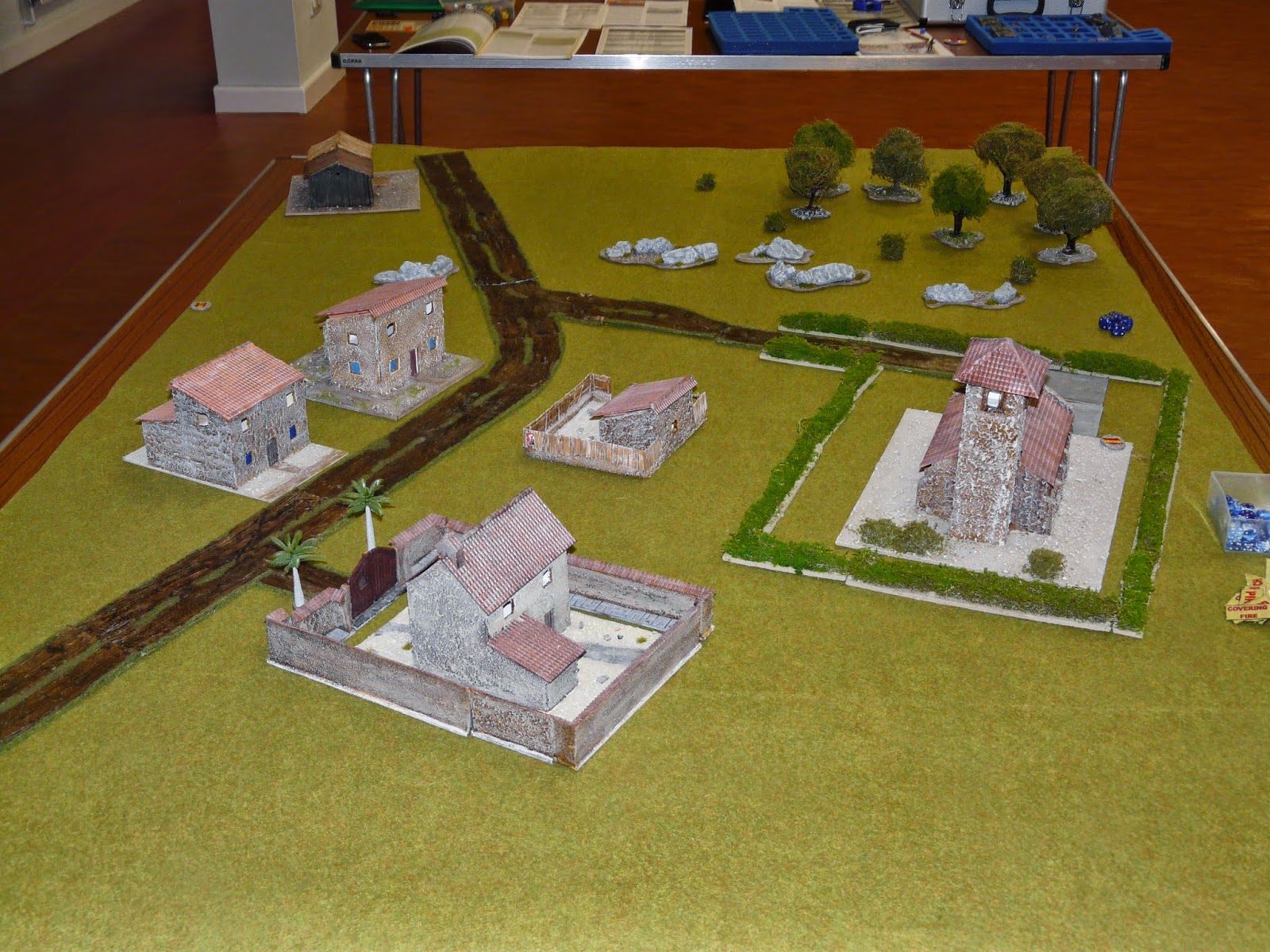 Things got no better in the patrol phase. The Nationalists got pinned early on and I was forced to place jump off points in two small houses to the rear of the table, so much for a quick dash across the table, meanwhile the militia deployed in hard cover across the frontage of the table. 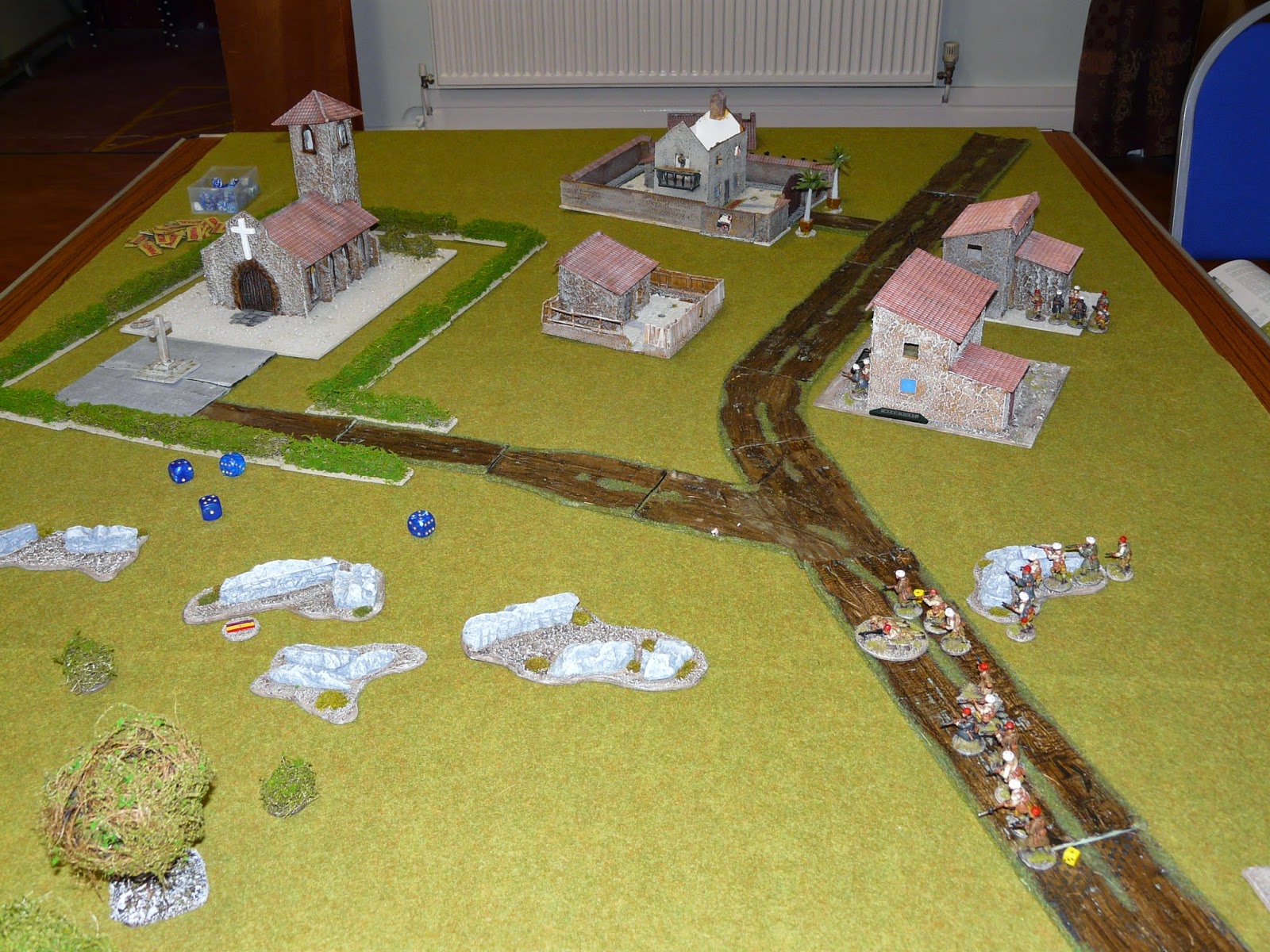 I opt to deploy early looking to catch the militia as they deploy, if I can hit them with enough shock I might be able to keep their heads down long enough to break through the Republican lines, I only have to get a squad off the board to win the game. 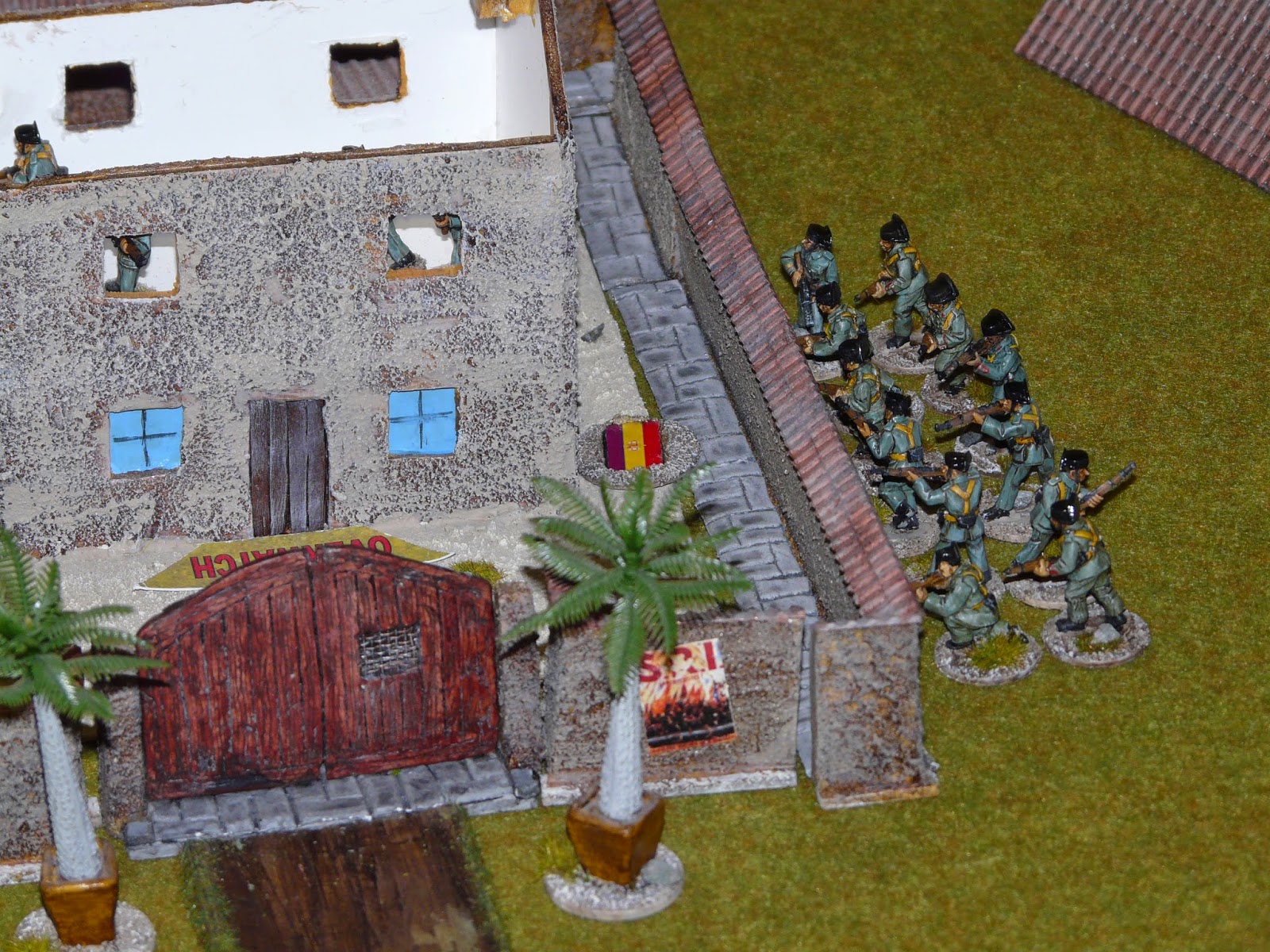 The extra points have been spent wisely and Republicans bolstered by a Civil Guard Section begin to edge round the Moroccan's right flank. 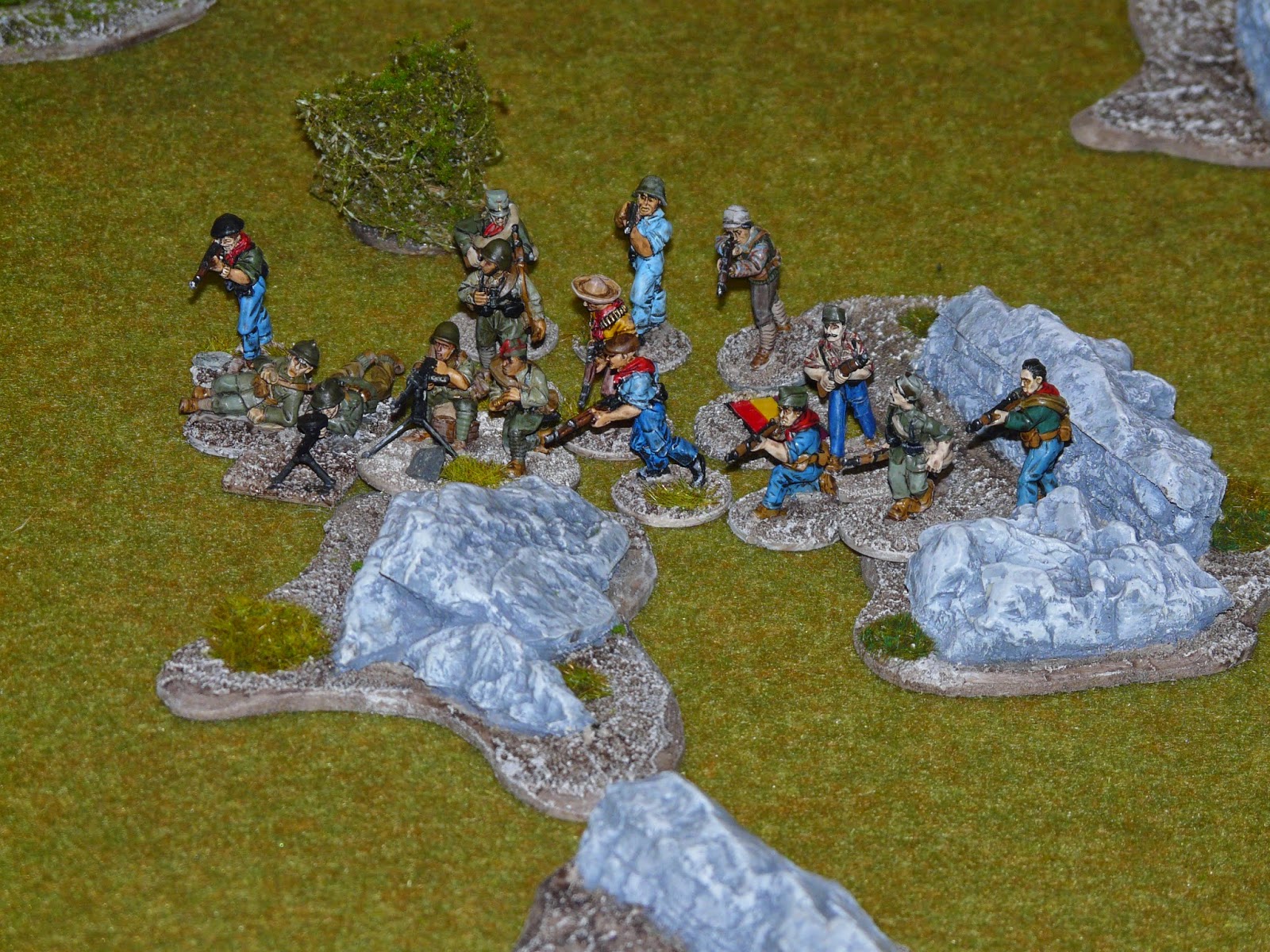 The Milicianos deploy in the rock formation, bolstered with additional MMG and LMG teams, 20 Green troops blaze away at the advancing Moors catching them in the open - ouch. 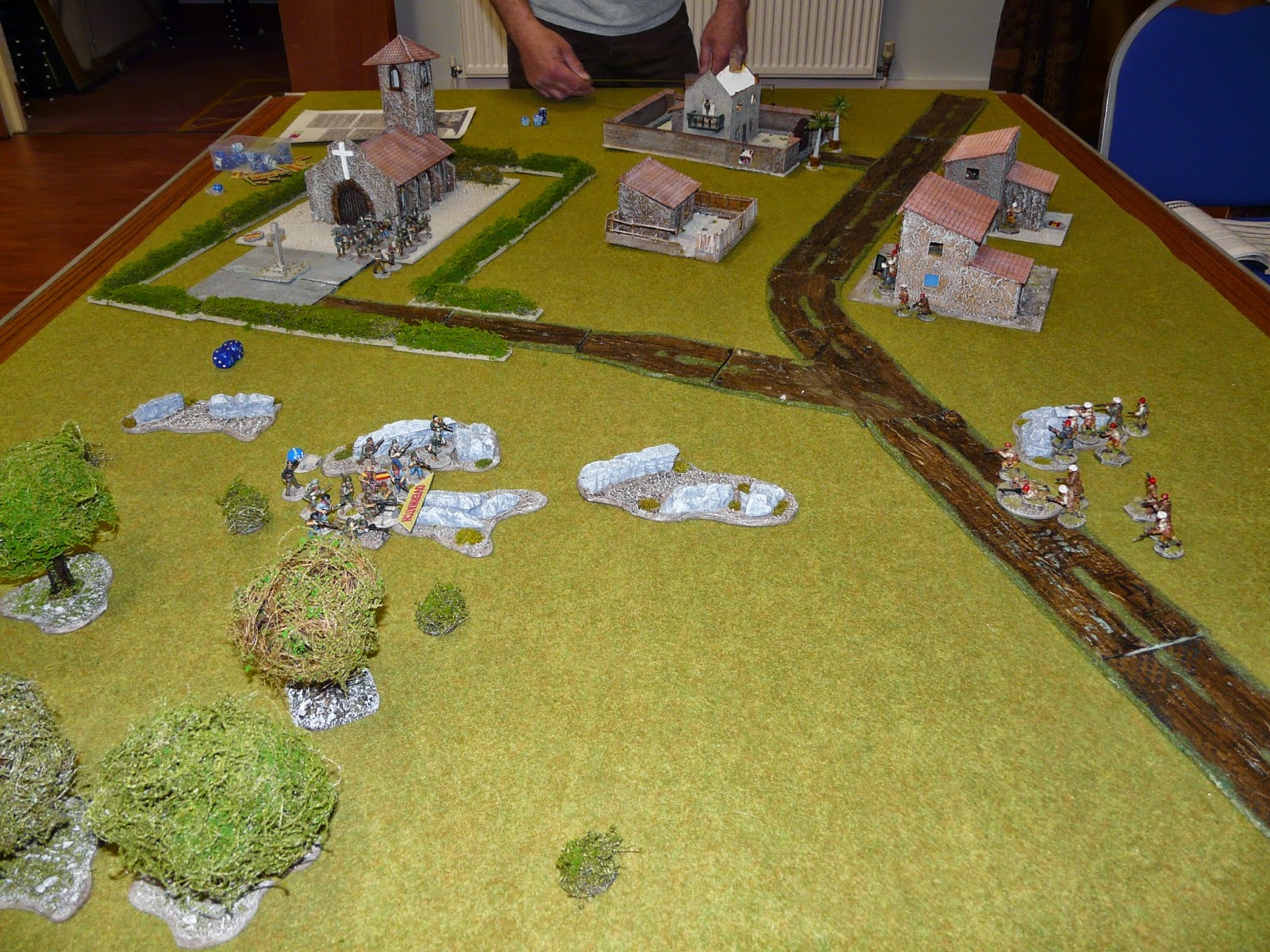 Slug Fest - with little cover, both sides resort to long range rifle fire slowly whittling down their opponents, the Milicianos take fire from the front and flank, but with a political officer in their ranks they are able to keep the mounting shock to a reasonable level, the NCO is hit several times, but each time without injury..... The luck really is with the Republicans tonight. 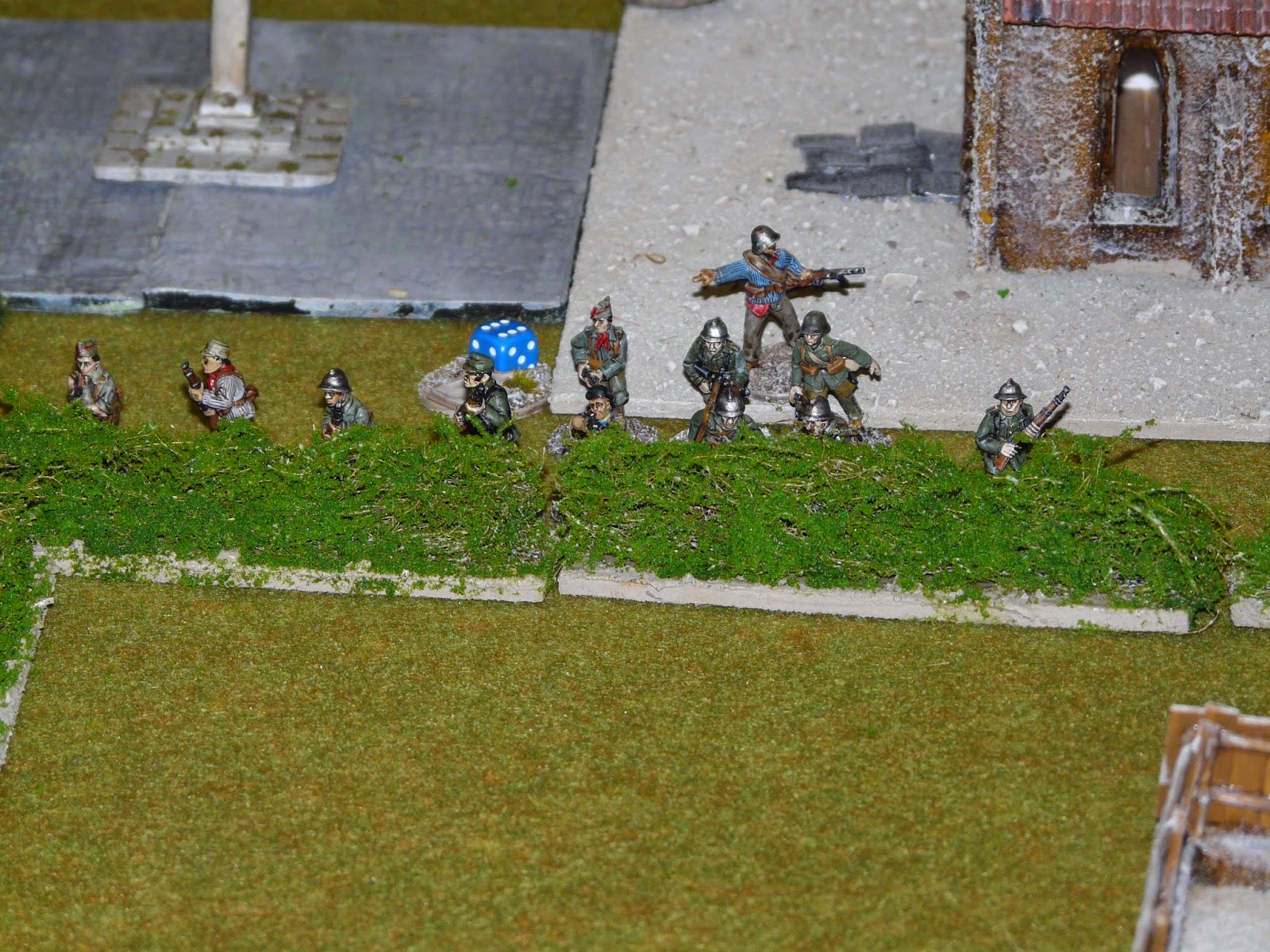 Fresh reinforcements bolster the peoples militia's ranks, but with the milicianos on the left flank finally being forced to retire, they can do little to impact the unfolding Nationalist move. 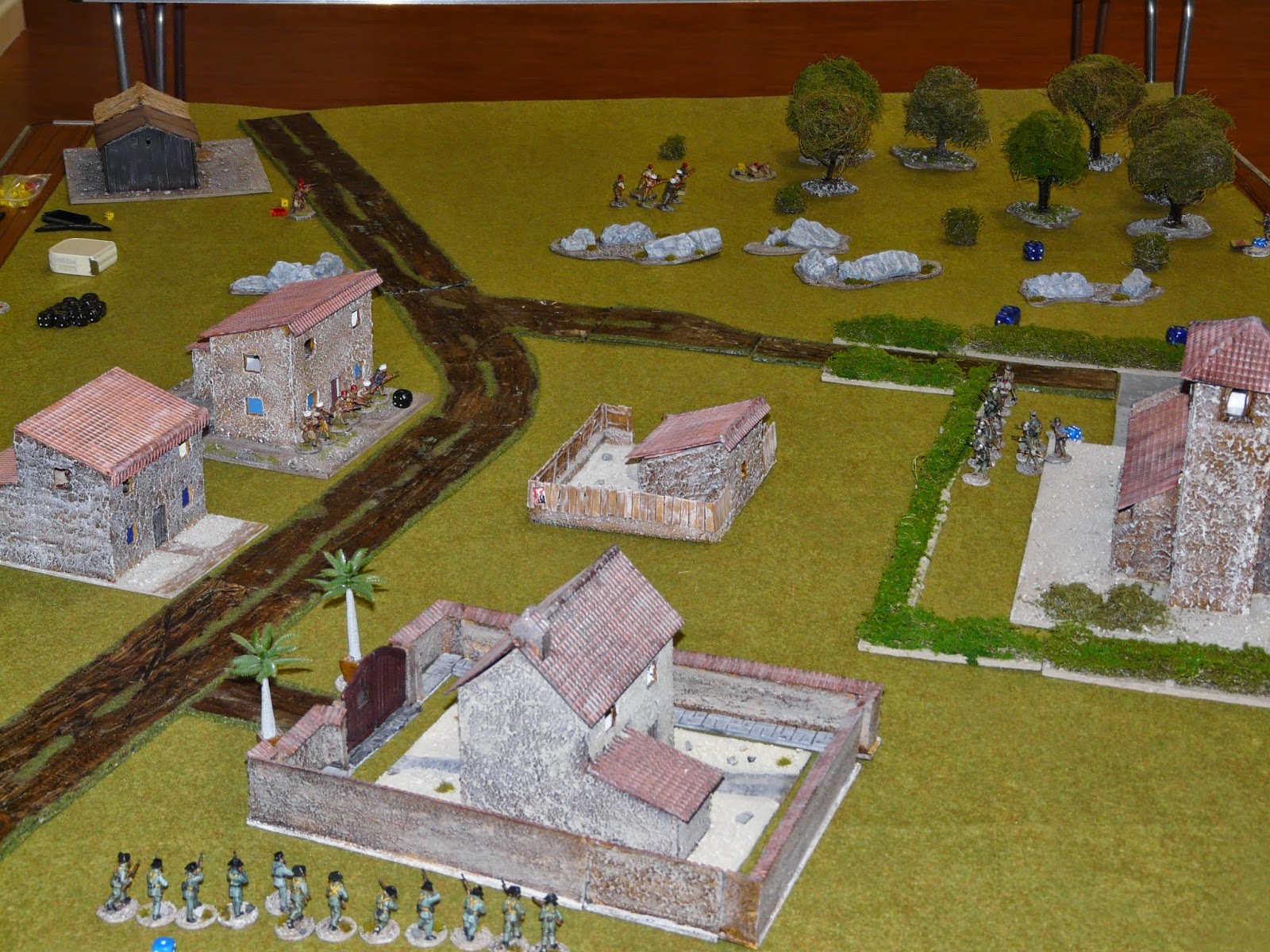 A battered and bloody Moroccan squad double through the orchard to close out the game.

Not the most inspiring of encounters, leaving both of us wanting more, it was good to finally get the Moroccan's on the table and a further game next week should give us a chance to fine tune our formations and tactics...
Posted by Stuart S at 22:08