London in Danger - War of the Worlds - Campaign Game 5

Sunday night saw a Martian probe of the defences of London. 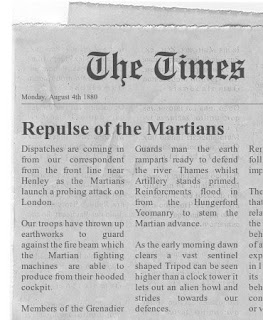 The approaches to the Capital the mighty Thames so often a barrier to earthly armies is no obstacle to the Martian invader, the Human forces are able to deploy in secret from the railway line backwards, whilst the Martians must seek out the human defences unless they fire or move. 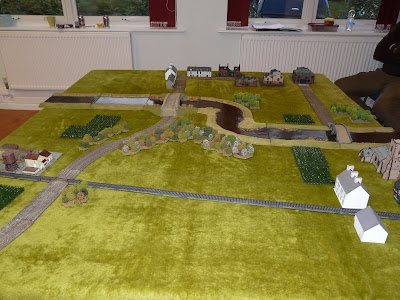 Refugees choke the roads heading towards the capital away from the out of world invaders. 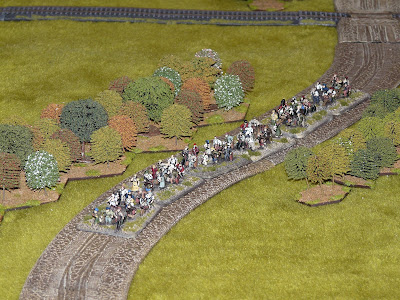 After several days of hammering from their pits, the Martians have built a fighting machine which emerges from the early morning mist striding towards the river line, smaller scout machines screen the fighting maching looking for hidden units looking to ambush the invaders. 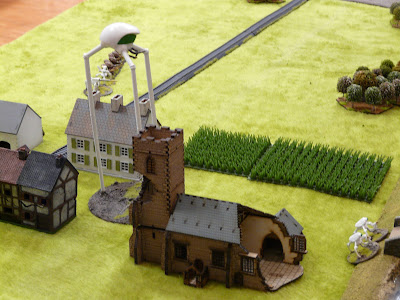 The 1st London Artillery unmasks from their earth works and fire a salvo towards the mighty titan, the Crown has a short window of opportunity before the Martians are able to close the range and use their heat ray. 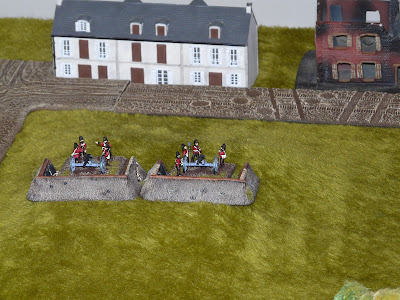 As the stream of civilians cross the bridge, artillery fire strikes the Martian tripod but it has no effect and the alien strides over the river towards the artillery battery. 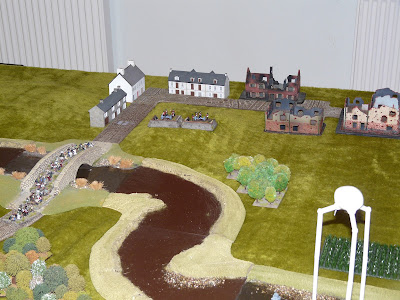 Luck is with the humans tonight, oily black smoke has no effect on the gunners as they man handle the guns to fire on the advancing tripod, the heat ray fails to produce a kill and the gunners avoid disruption. 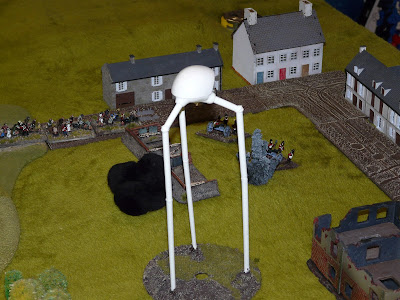 The Grenadier Guards reveal themselves from the ruins and fire a volley into the flank of the fighting machine damaging it's smoke generator, a second volley effects the giants steering sending it in a random direct until repaired... 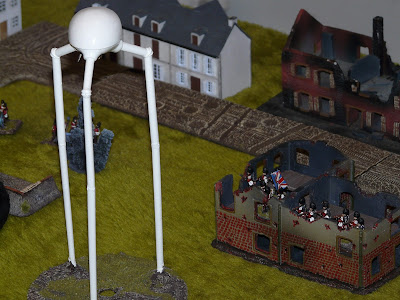 Turn 10 and the Yeomanry arrive falling back from Berkshire and looking to consolidate in the Capital before the defences can be breached. 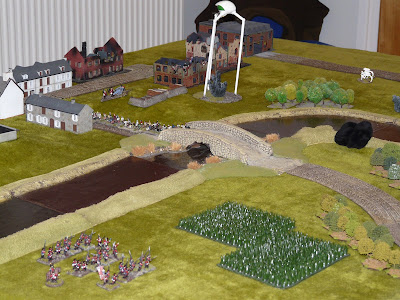 The militia form into line, and begin their advance into the woods to engage with the Martian Infantry. 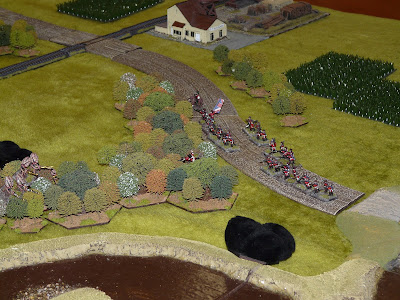 The damaged out of contol fighting machine moves towards the western table edge straight into the massed ranks of militia, the Yeomanry fire several rounds damaging the machine still further but falling just short of felling the massive machine.
The Martian commander looks worried. 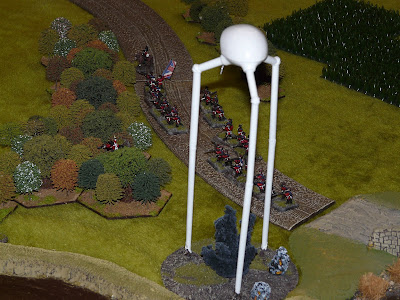 As if things could get any worse for the invaders a salvo from the artillery strikes one of the scout machines and destroys it, lady luck was not with the Martians. 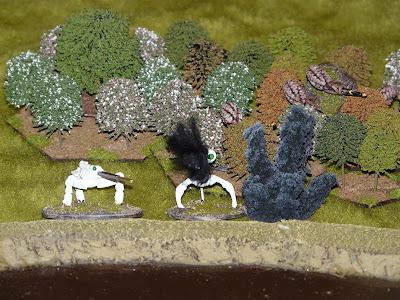 As the night draws to a close the Martians withdraw from the table, losses had been minimal with only a single loss in two hours of fighting. 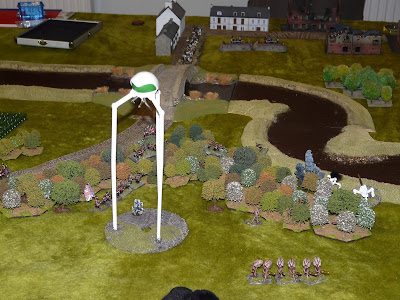 Confidence in the human camp is high..... initiative shifts to the forces of the Crown as they seek to strike a blow for mankind and shrink the red stain on dear old Britannia.

The Martians are consolidated in the South and West of England, London is surrounded an island of humanity against the creatures from the red planet. 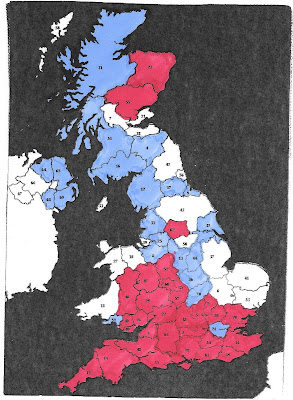