I meant to post this a few weeks ago but events over took me, the RJW is one of those collections that can always be relied upon to fill a club night. This outing was no exception.

February 1904 the Japanese are on the move crossing into Russian held territory catching the Russians off guard however the Russians are more numerous than their opponents and are soon moving additional reinforcements into the fray..... 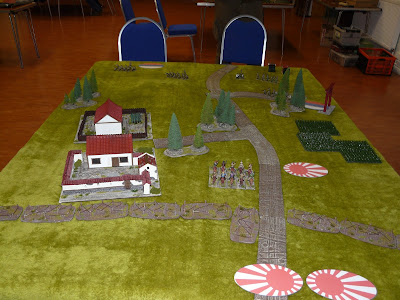 The scenario victory points are as follows.

The Japanese need to accumulate 8 Victory Points.
1 point for each Russian Big Man killed, wounded or broken.
1 Point for each Victory  area controlled.

The Russians need to achieve the following.
Destroy or break 3 of the Japanese Units
Control 2 of the 3 Victory Areas.

The Victory Areas
The Frontier crossing.
One of the two houses.
The T Junction at the far end of the table leading to the Luosen Temple. 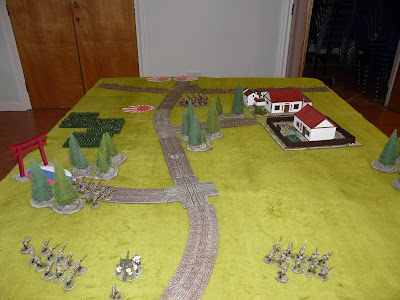 The Russians come straight off blind hoping to pile some early shock on the advancing Japanese who have broken through the frontier wire and are already heading for the village. 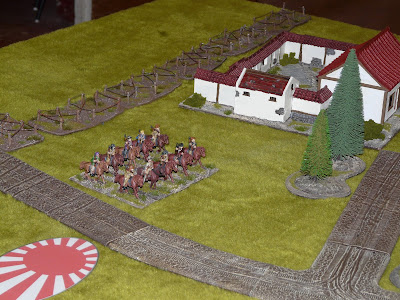 Chinese irregular cavalry are the first to deploy looking for a target to engage. 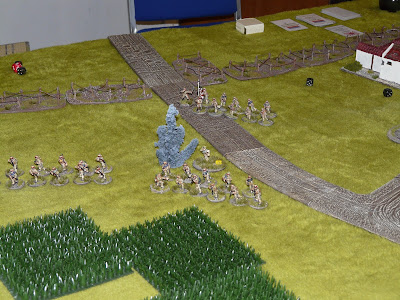 The Japanese are unmasked and the Russians bombardment begins of the advancing Japanese. 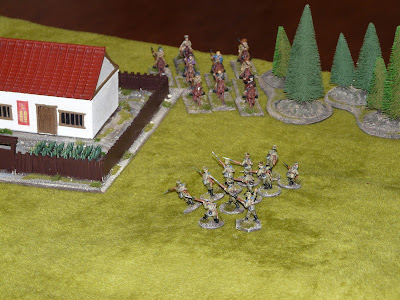 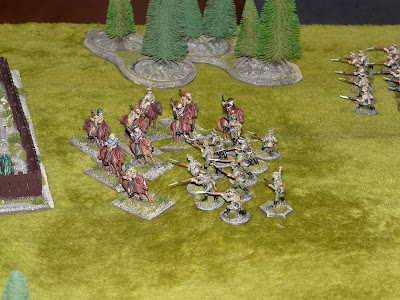 Charge - The cavalry clatter into the advancing infantry driving them back, but not before several of the Chinese are broken and unhorsed. 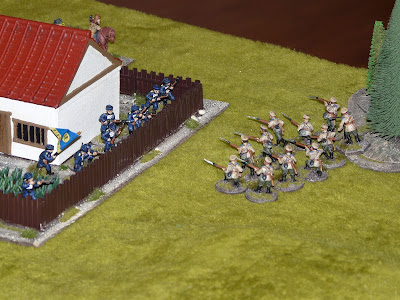 The Russians press their advantage advancing ever closer to the village, only for members of the Chinese Imperial army to appear for once determined to defend their country from the two invaders... 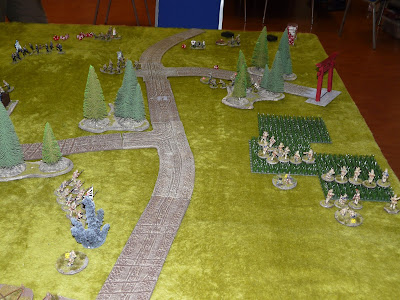 As the night draws to a close both sides are battered and brusied the Japanese are forced to acknowledge defeat having failed to capture enough of the objectives and keep enough officers alive....