Dispatches from the front III

Time to upgrade the blog front page as all the Kickstarter's have now landed.

Just in time for the BBC's adaption of the War of the Worlds, Grey Fox Game's two player card building game landed. Each encounter lasts around an hour and it certainly been the game of the month, although its damned hard for the alien invaders to win although each game came down to the last 4 points. 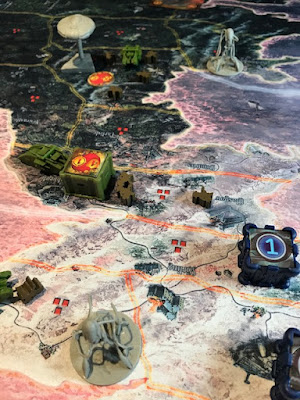 Talking with fellow board gamers, its good to know that the same mindset stretches across both ends of the hobby when we look to justify the outlay for figures, paint time or board games.
Having played War of the Worlds at least 5 times now in my own mind I have already covered the cost of the game if you measure it in terms of a good meal out or a few pints and a curry. 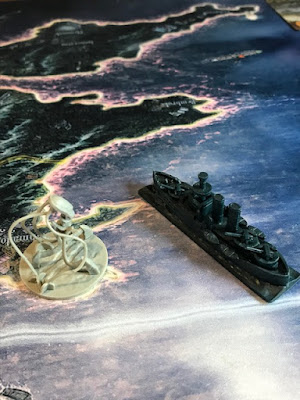 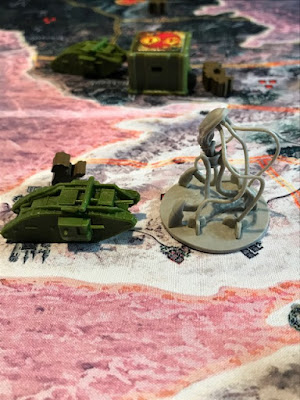 On the strength of this the War of the Worlds project might get a bit of a make over or at least a couple of bunkers to help protect the earthly defenders. 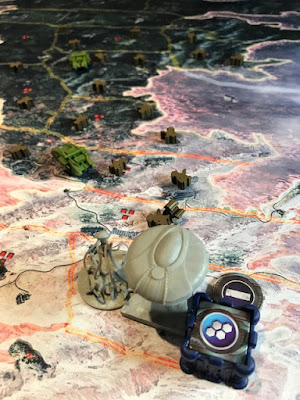 The models within the Kickstrater are a lovely touch and really bring the game to life, they may even get a lick of paint over the Christmas period.

Meanwhile a couple of days later these fine fellows landed, as with many Kickstarters a number of months late, the will be a great addition to the Elizabethan Zombie Wars.
Although I could have done with swapping the cavalry with more dead villages to plague the land. 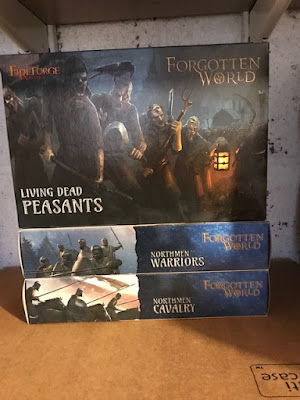 Just the fun of putting the damn things together.
I can see the price justification for plastics but having just replaced some of Perry's plastics in the Haiti range as over prolonged game play they have lost bayonets and swords I think I shall be largely sticking with metals.

E-bay has produced some extra reinforcements for the Army of the Witch Queen which should add some more colour to the Army of Darkness Forces..... more on that soon.

Right back to the brushes.... those e-bay packages won't paint themselves.
Posted by Stuart S at 09:13