Warfare Loot and a sound thrasing

Some what later than planned the customary pic of the Warfare loot...
Reading seemed quieter than usual on Sunday, speaking to many of the traders it sounds like most people had done their shopping on the Saturday. 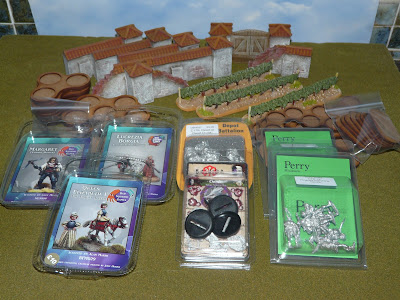 It's been several months since my last show so had I had quite a list.

Some extra walls for from Tablescape to build out the Haitian village, together with some grape vines to fill out the village. A couple of packs from Perry's Cape Wars - They need seem tweaks and adaptions they will make some useful additional to the Haitian loyalists and freed slaves.

Meanwhile plenty of movement trays for Warlords of Erehwon.
Annie at Bad Squiddo Games had kept back good Queen Liz, a great addition to the Elizabethan collection. She is protected by our three valiant ladies who will protect the Queen from the evil hordes or Spanish.

Hopefully not a bad omen for the living but also some casualties from Colonel Bills, these will make some pin markers for Warlords of Erehwon.

The shopping was a success less so the Battle of Mohi.
The figures and terrain are from Paul at Kallistra's personnel collection. A truly epic encounter with hundreds of cavalry sweeping across the European plains. 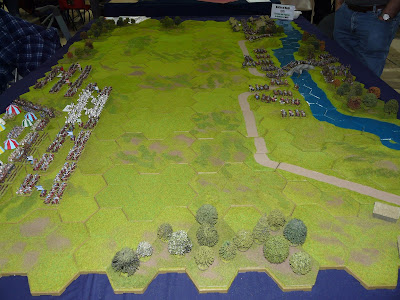 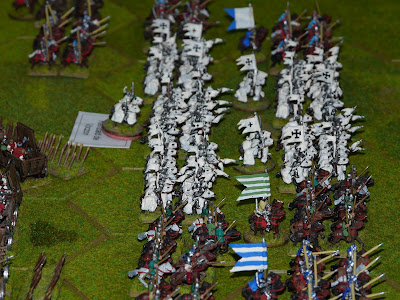 Playing the Mongols we were soundly beaten by the Hungarian's and the Teutonic Knights who launched a lightening attack pinning the Mongol hordes against the river bank. 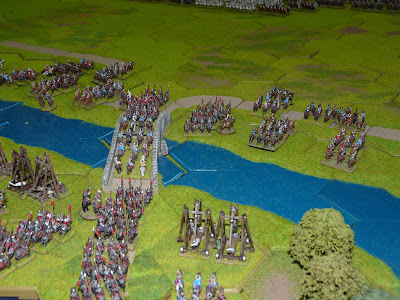 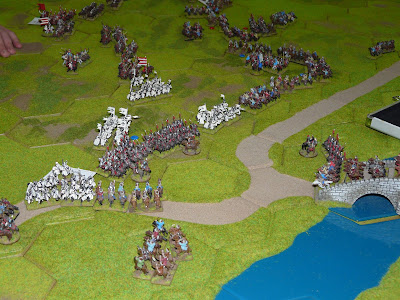 Unable to bring our horse archers to bear we lost around 80% of our forces in under 3 hours..... Nasty... History was definitely reversed......
A great days gaming and so great additions to the painting queue.
Posted by Stuart S at 20:54