I spotted these a few months back when looking to bolster the Spanish forces for the Haitian Campaign produced by QH Miniatures out of Spain. 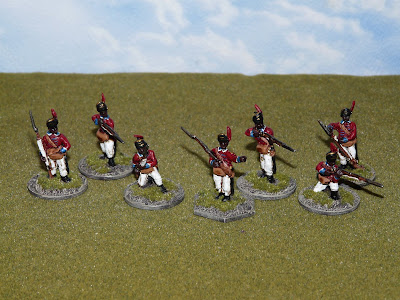 One of the benefits of playing one of those periods that lacks source material is you can be a little more flexible in the forces you field so why not draft in reinforcements from Cuba and Havana Volunteers, a black light infantry unit. 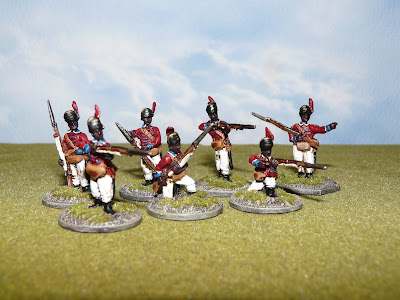 They are some way off others on the market in terms of sculpts, but they have a certain charm about them, they remind me a little of Peter Laing from the early 80's.
An extra unit of light Infantry will help bolster the Spanish forces in their continued assault on the Haitian loyalists. 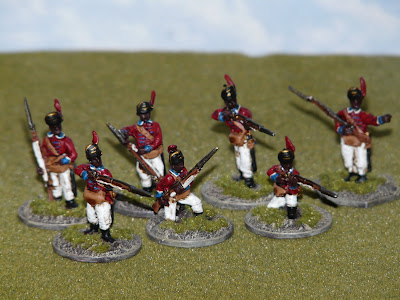 Next Up Spanish Command.
Posted by Stuart S at 20:28

Email ThisBlogThis!Share to TwitterShare to FacebookShare to Pinterest
Labels: Haitian Revolution, QH Miniatures, The Pearl of the Antilles