Well they survived the curse of newly painted units.
I wanted to give some distinction between the Royalist and Republican units so opted for the White uniforms which was prescribed for colonial infantry. 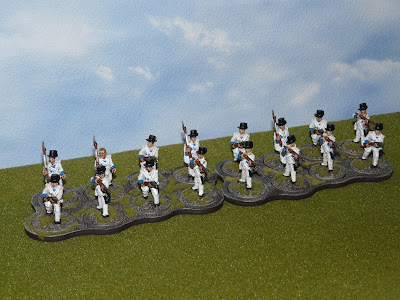 The first group were rushed through to provide support for the French at Mahon, the second group took a little longer. 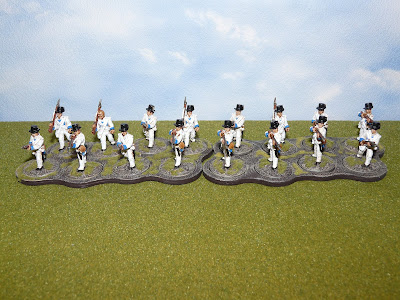 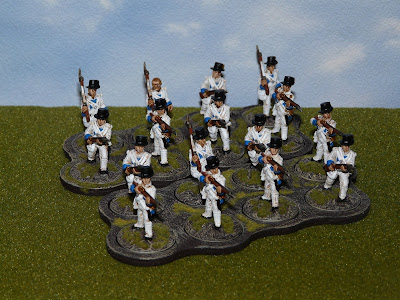 These are again from Trent Miniatures Caribbean range.
They are from the Royal-Etranger Regt pack which were French in the service of the British in the Caribbean Wars but give me some additional variation to the French forces.
Posted by Stuart S at 20:53

Email ThisBlogThis!Share to TwitterShare to FacebookShare to Pinterest
Labels: Campaign, Haitian Revolution, Napoleonic, The Pearl of the Antillies, Too Fat Lardies