After several weeks of painting finally time to put some lead on the table.

Nothing too taxing for the first outing but it did allow everyone to get their toys out and try the rules in 15mm.

June 1995 somewhere between Benoi and Vedeno - Chechnya.
A Russian BM21 has broken down on one of the major supply routes. A squad has been left behind to protect the rocket launcher whilst reinforcements are on route along with a repair party. The area is known for rebel activity.
The Russians must protect the vehicle and drive off any Chechen fighters. 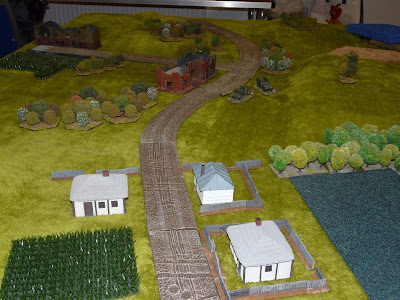 The northern approaches, the vehicle park can be seen in the centre of the table. 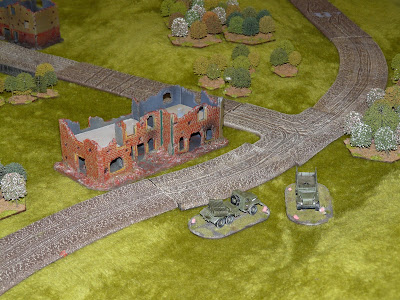 The BM21 is in a reasonable good defensible position with shielded by a row of houses and light woods to the North, East and West. 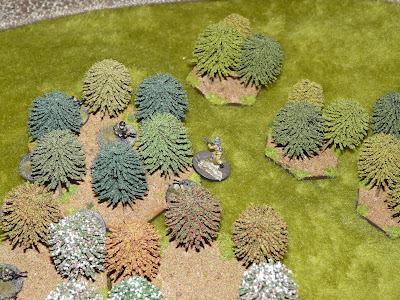 The Russian commander opted for a cirle of pickets in the high ground hoping to spot the rebels early, they are soon rewarded with two guards stumbling into two whole squads of Checken fighters. 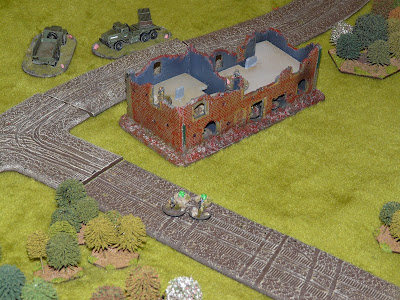 The pickets fall back, but a pour dice roll leaves them pinned in the road and dispite covering fire from the corner house are soon cut down in a hail of bullets. 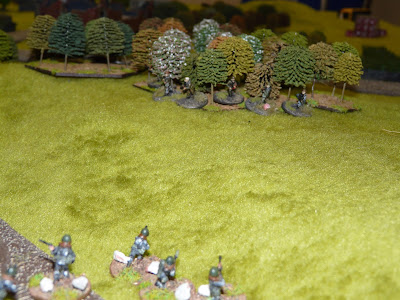 Meanwhile on the Northern raod a Russian squad is under fire from a Chechen screening force. 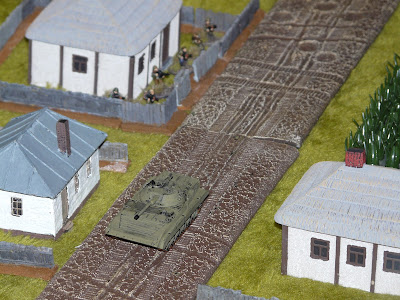 To the South a BMP1 edges along the approaches to the vehicle park, Chechen fire does little to slow it's advance. 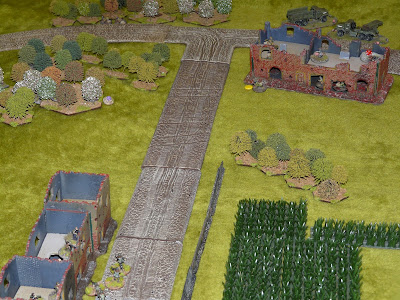 A further Russian security force approaches from the West only to ambushed by another Chechen fire time. 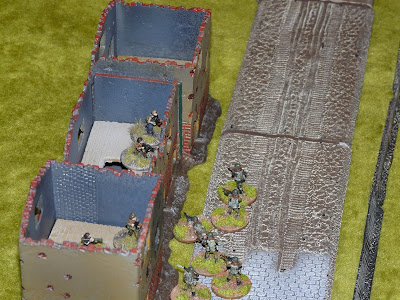 A short firefight drives the Russians to ground, with casualties on both sides.

Conclusions.
We have had some good encounters using Chris Peers rules in 28mm, but they did not covert well to 15mm, the vehicles movement was to slow and the command and control was difficult to maintain in the smaller scale for squads in such a large area, which was a shame as the scenario should have given a better encounter.
The plan is to try and rerun using Force on Force and see if that gives us a better result and more in keeping with what we had in mind espically if we are increasing the vehicle count.
Posted by Stuart S at 09:32