Sunday night saw the first outing for my Ottoman Turk army, I wanted to save them until I had a few more completed but better to get the curse of freshly painted figures out of the way..... :-)

Rather than a stand up fight we used Platoon forward from the Too Fat Lardies to generate the encounter and terrain I am impressed with this booklet as it's a great way of creating a quick scenario.
We agreed on approx 70 figures per side my Turks are slightly smaller at 8 figures per section which should make them slightly brittle when compared to the more westernised units at 10 figures per section.

First up a chance to test the Ottoman's against the old enemy Russia.
The scenario called for me to raid Russian territory and inflict greater losses than inflicted on me.
The random terrain did not fall in may favour a wooded ridge line to the Russian rear and a built up area to my left hardly the perfect terrain for cavalry.... 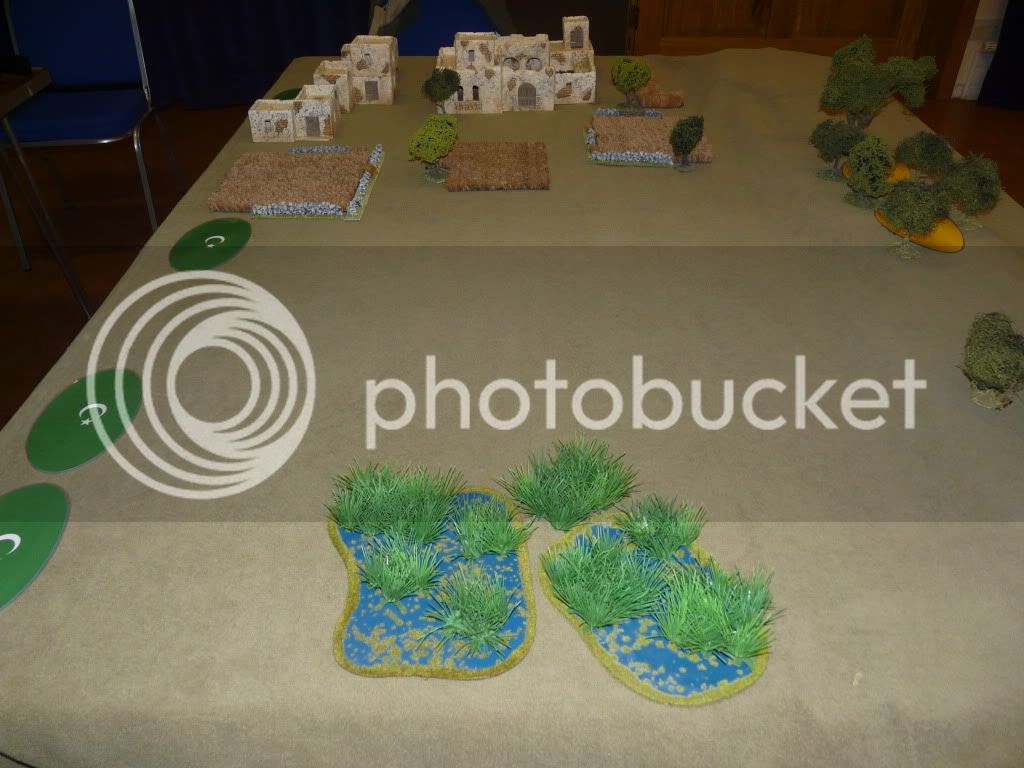 An early success for the Turks they spotted two Russian Sections on the tree line separated from the main Russian body that I suspected were holed up in the town and the large compand to the left. 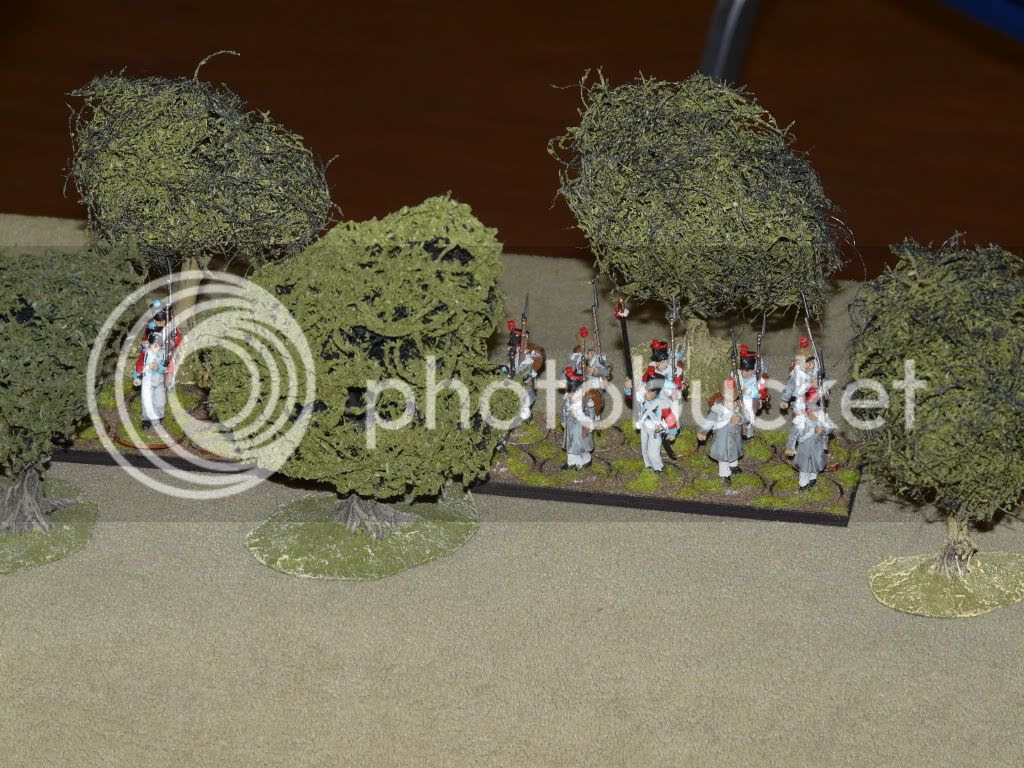 I got carried away, I think it must have been the varnish or the primer of the unpainted united drafted in to bolster Turkish numbers.
I charged the Mamelukes and Ottoman Cavalry into the Russian Formation holding the ridge line, the modifiers for light cover made it tough going for the Turks and they bounced off having made little impact on the Russians. 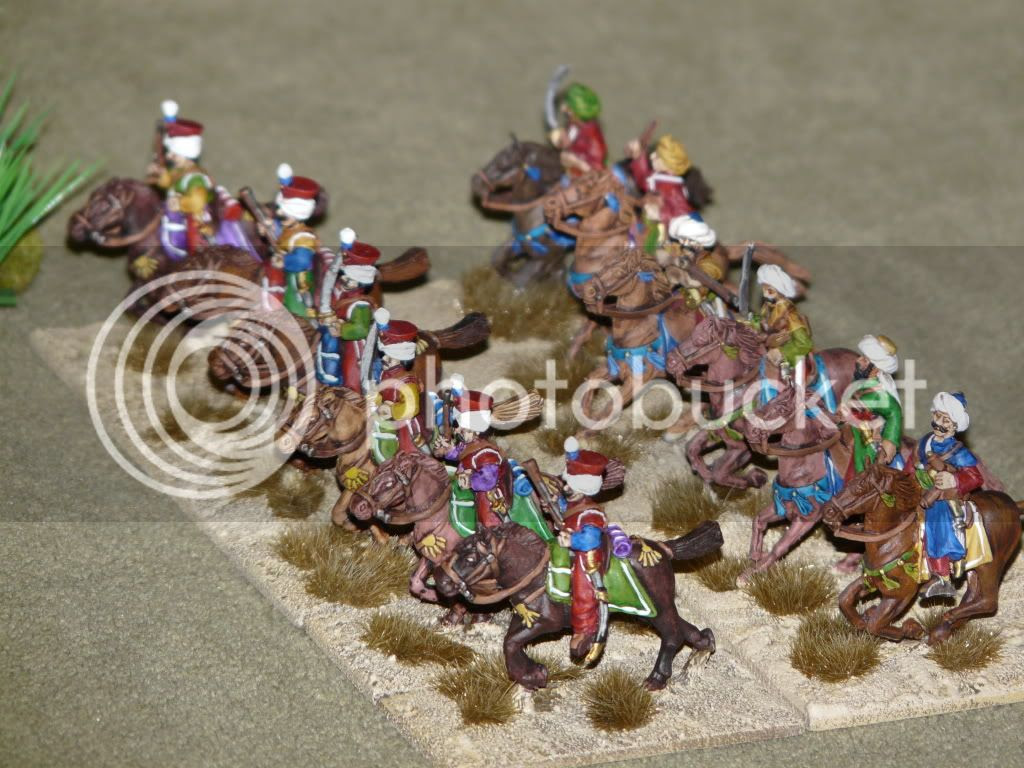 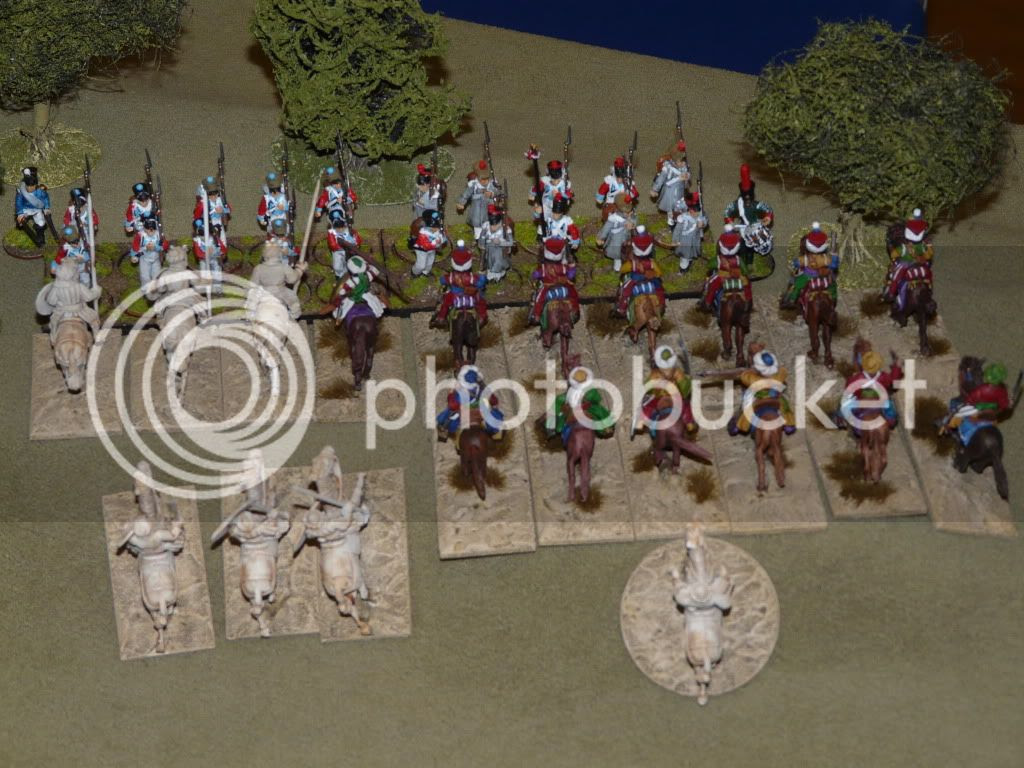 I received a number of Cavalry the shock was light. The Turkish Cavalry headed 24" to the rear to regroup. 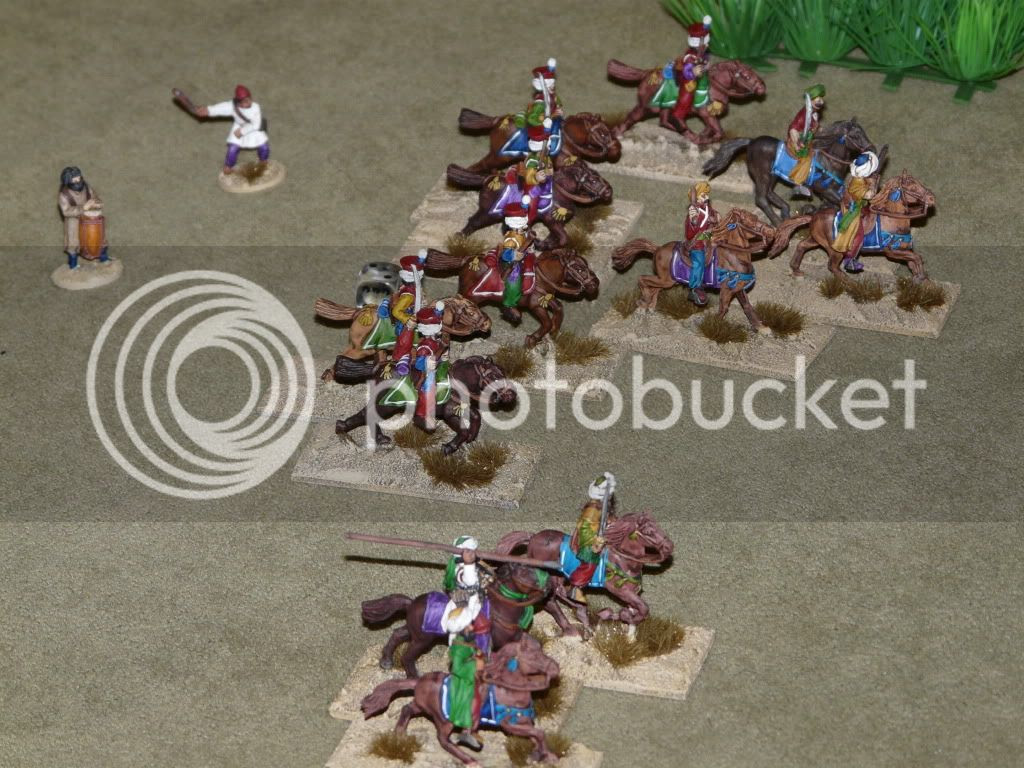 It begain to dawn on me that I lacked fire power, half my infantry force were armed with sword and spear and the musket unit were poor shots, the Russians unmasked themselves and began to march out from the compond. 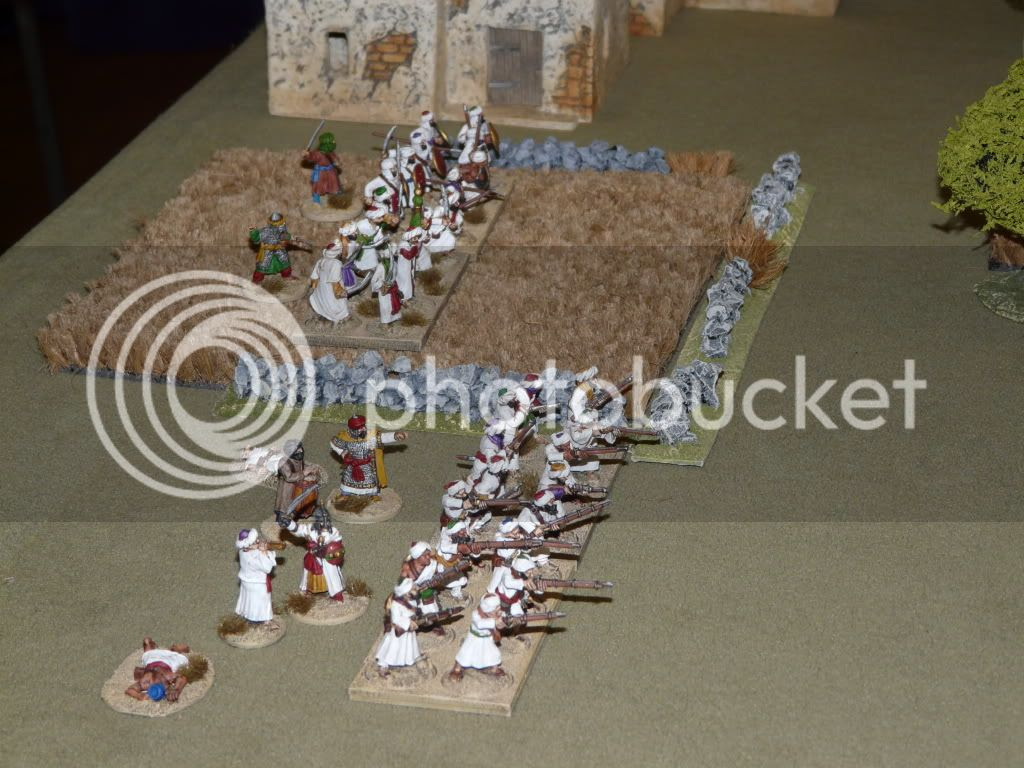 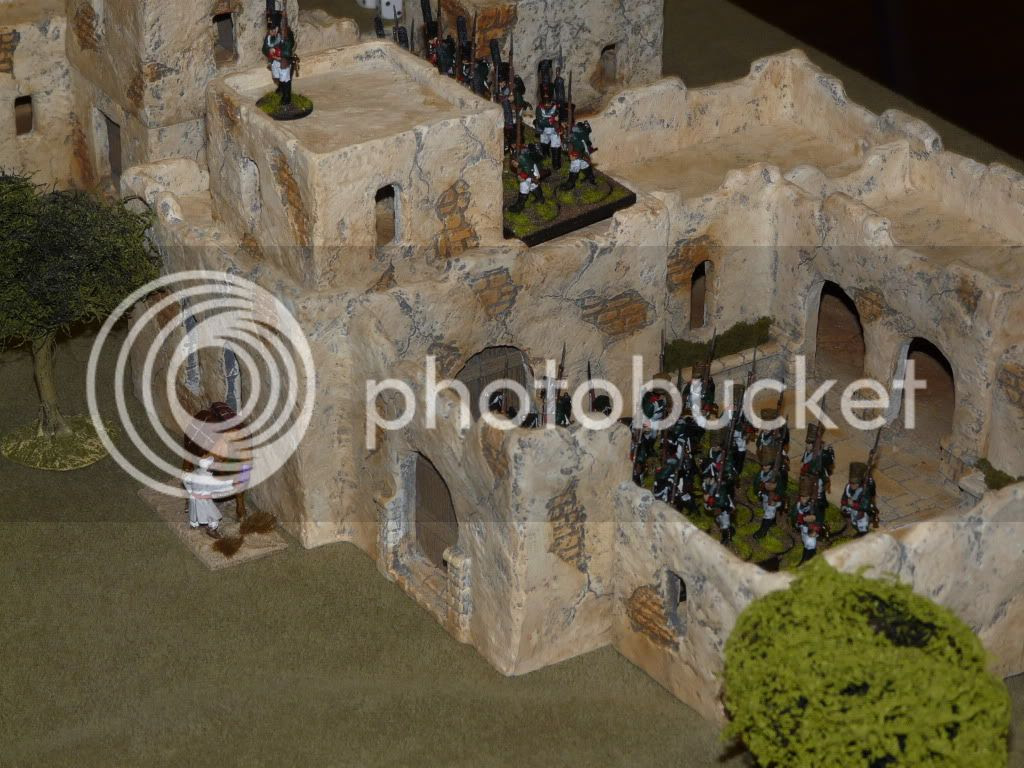 If I could get my swordsmen in to the tree line perhaps I could roll up the flank whilst the Cavalry had another crack at the Russian Infantry before the troops from the Town formed up?
It was not to be as quick as I moved to the right the Russians shadowed me. My cavalry had reformed but I could not tempt the Russians into the open. 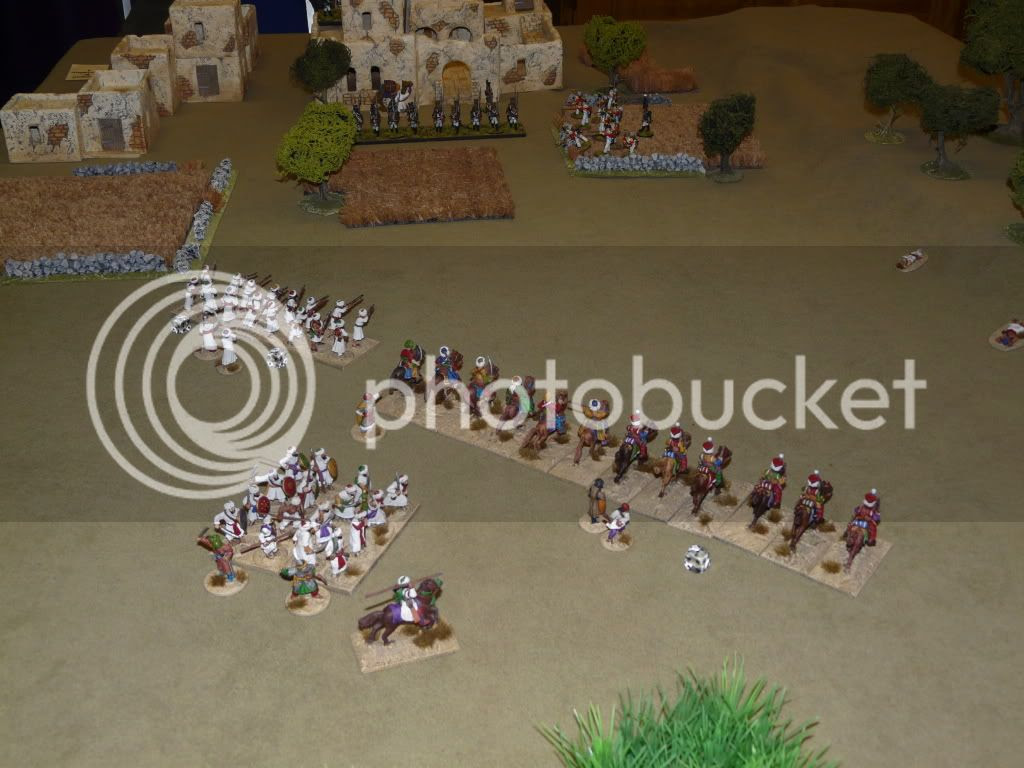 My Musket unit was now engaged with the Russian's advancing from the town, but were out gunned and out flanked, in the last throw of the dice they ditched their muskets and closed for hand to hand only for half the unit to stall. 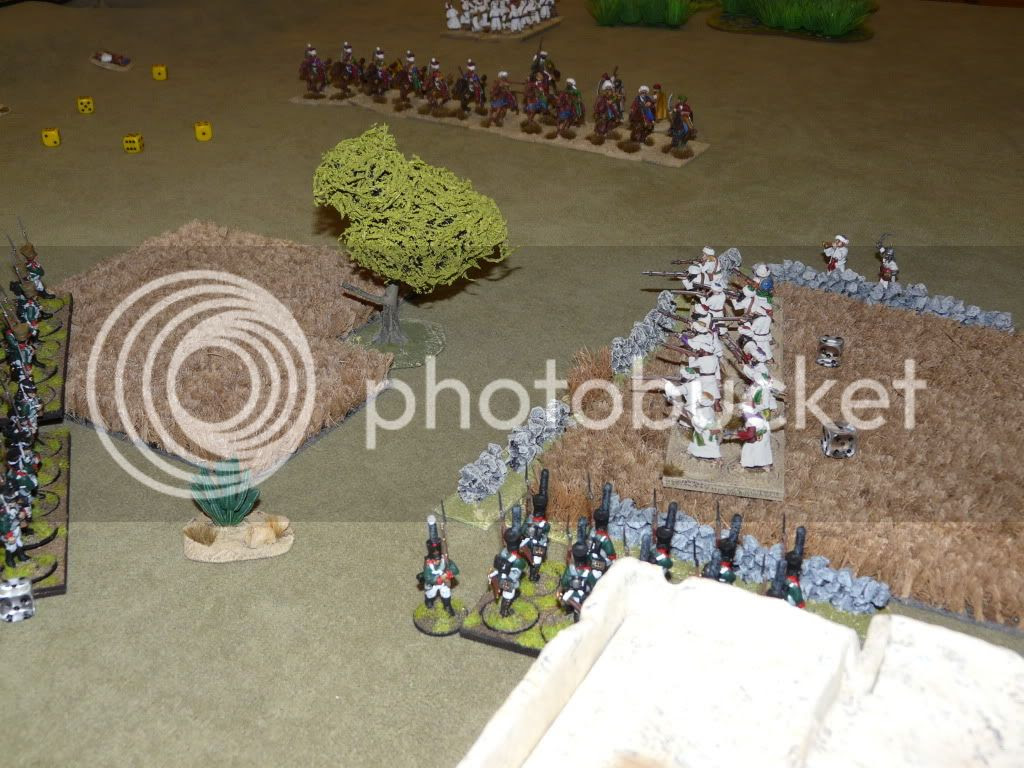 Time to call it a night.....
Still at least the curse of newly painted figures should be out of the way.
Posted by Stuart S at 10:24 2 comments:

As the Evesham Wargames Club, Age of Reason Campaign gathers pace, I thought it was time removed the covers off my Cavalry Arm. Based and painted for my up and coming collection for the French in Eygpt.


The Malmelukes are from Wargames Foundry from their  Napoleonic range - Imperial Guard Mamelukes not my first choice but I figured they would do for both sides.
It's been quite a while since I painted such rich colours and whilst they may have looked rather gordy when putting the paint on, I am really pleased with the results. 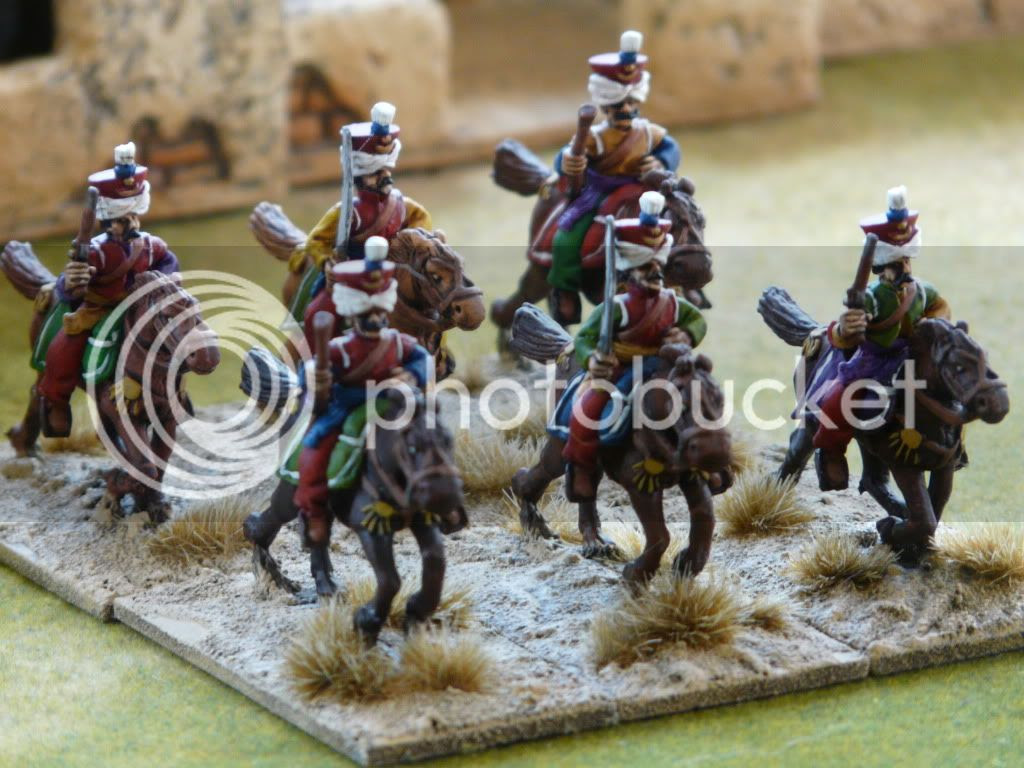 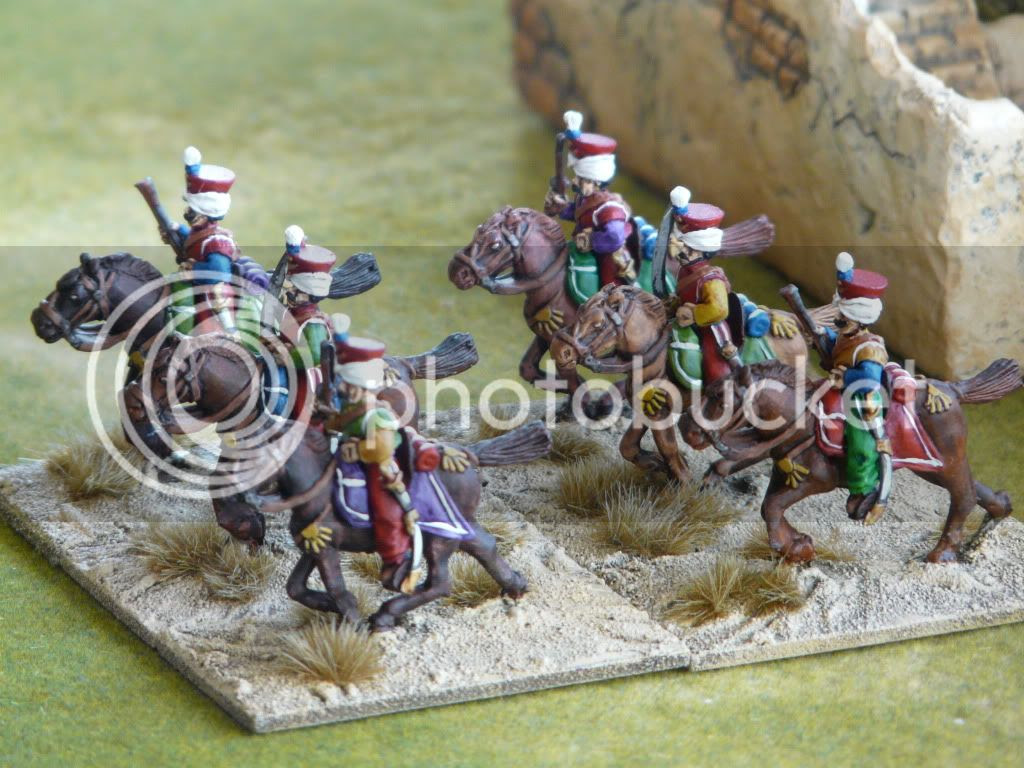 Second up Ottoman Cavlary from Brigade Games some great castings, the horses suffer from rather weak ankles but should be ok now based. 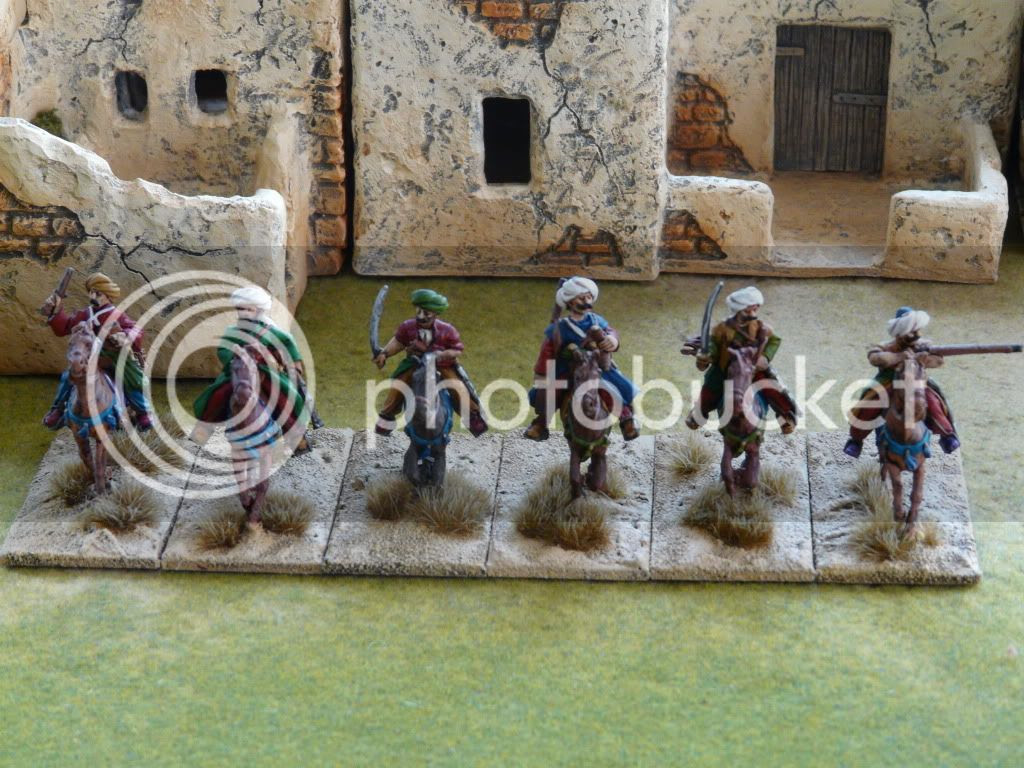 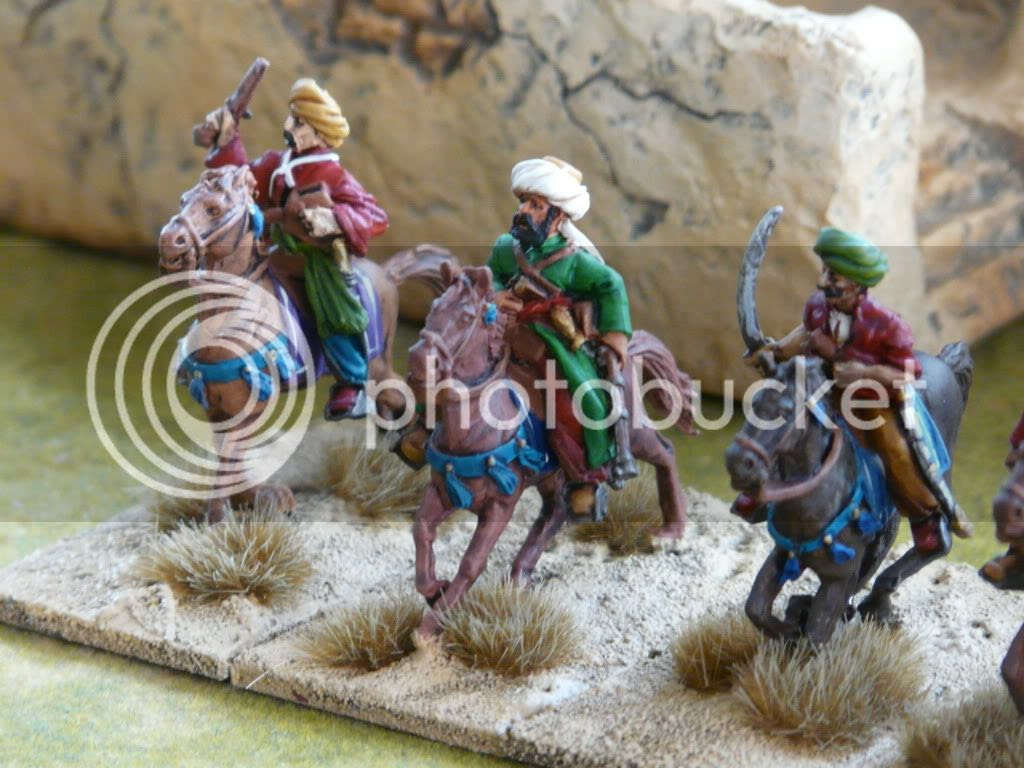 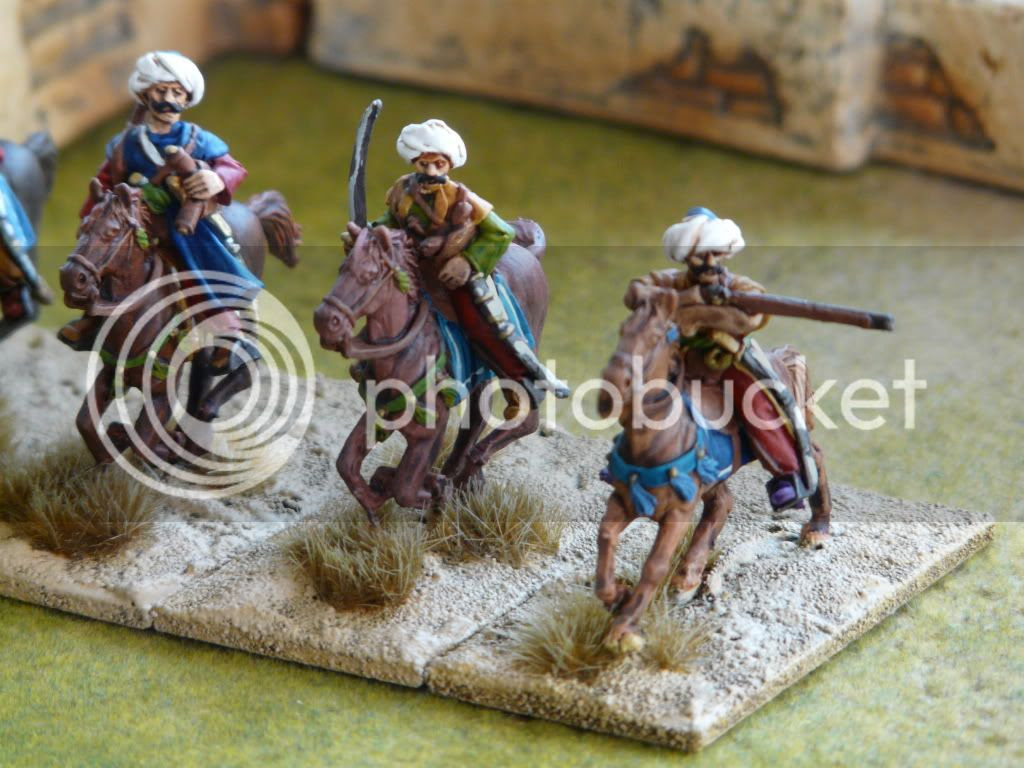 I have also finished some Big Men for the the Ottoman Command technically several houndred years to late as they are from Black Tree Design Crusades range, but with a few Victrix Hands and PIstol add on's they seem to fit the bill. 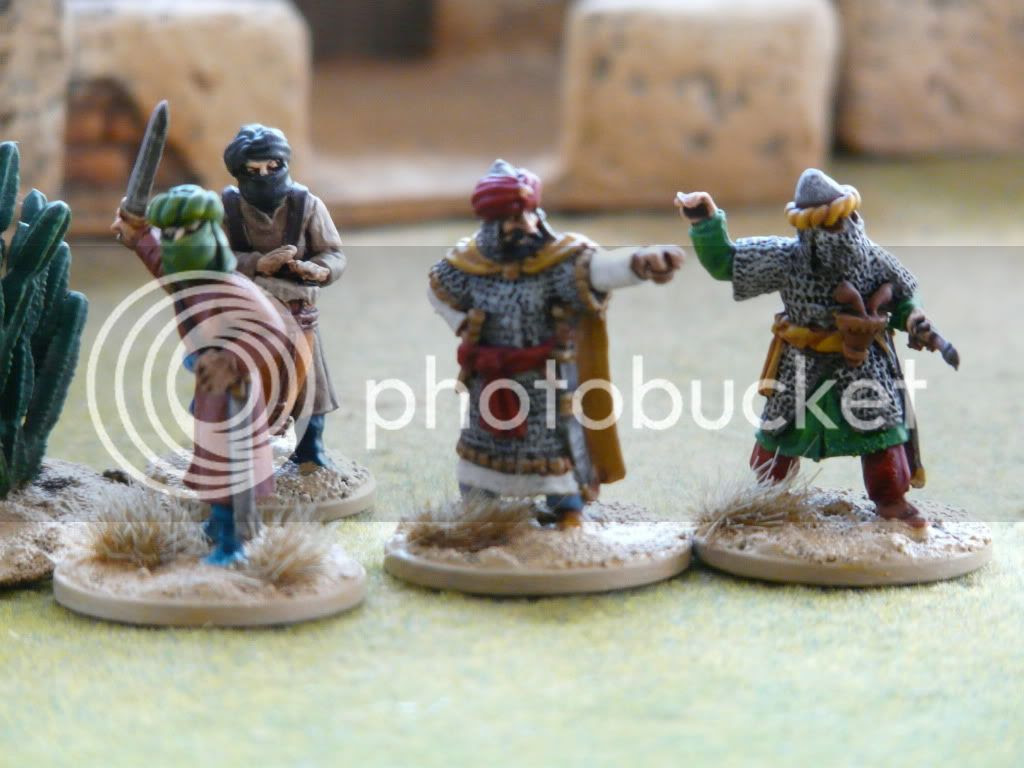 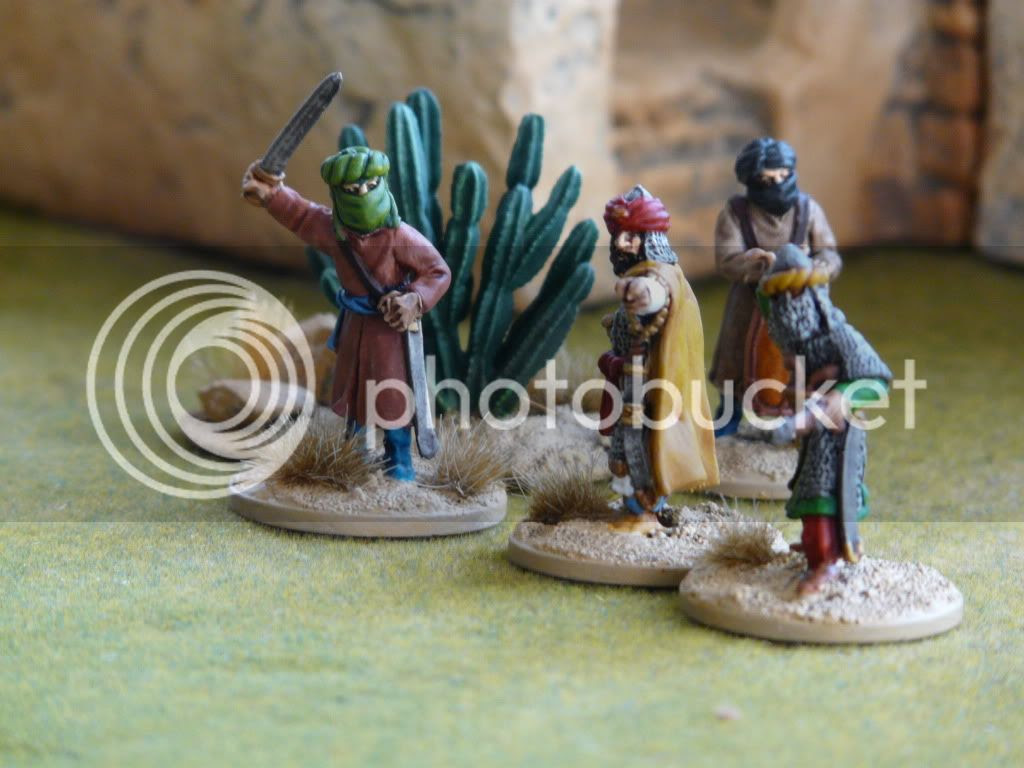 The question is can they fight?????