For a while now I have been pondering which manufacturer to pick to make a small town for the Haiti campaign, many of Haiti’s towns and cities feature elegant colonial government buildings and cathedrals which were built during the years of French rule. In particular Cap‑Haïtien which served the administrative center is particularly noted for its colonial architecture sadly a number of the older buildings on the island were destroyed in the earthquake of 2010.

Haiti has it's own unique feel to it which in wargaming terms can be represented in my opinion using a number of  the offerings on the market for Spain, Mexico or the Spanish maine all of which give me that Caribbean feel that I am looking for. 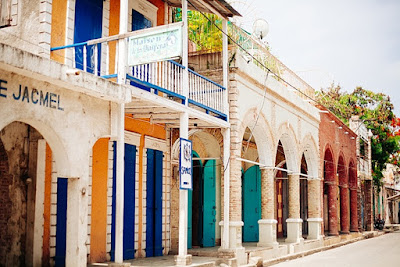 I do like my tabletop to have some good functional scenary that can be played across and handled without flinching everytime someone walks by the table.

Of late game and painting time seems to be under pressure from the real world so and with a backlog of figures I certainly don't want to be spending valuable figure time on construction so even though so some of the latest MDF offerings are fantastic and I might be tempted by some key pieces in the future I am only looking at pre-built offerings.

I thinned the list of possibles down to some of Brigade and Empress they both had key buildings that would get regular game time.

Brigade do a lovely set of Caribbean buildings which fitted the bill, but without an easy way to get them into the UK have stepped back from these. 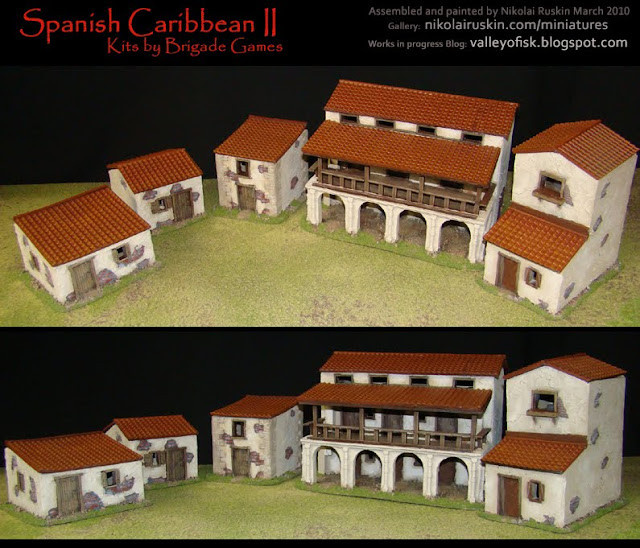 The Empress stuff is lovely and the Church for example would make a great centre piece but running in at £59.00 it did make me wince a little.... (I do see the value in MDF if you have the time and skills to construct these buildings).
However the range lacks the breath I was looking for.

Then I came across these guys at Warfare last weekend. Tablescape.

Light weight, Ready Painted and with a generic feel that gives me the Haitian feel but could also cross over into several other collections that I have.
They were reasonably priced as well.
The Church below is ready painted for £32.00.
No making, sticking, green stuff or painting... that has to be a good return on investment?

The guys have a broad range and the out houses can be added to some of their main buildings to give me a little more variety as needed.

Each building is made from rigid foam, the smaller buildings are solid and the larger buildings have a hollow centre, you won't be able to put figures in them, but most Sharp Practice games I don't tend to do that anyway.
I will probably add a little colour to the window frames and doors but they really are table ready straight out of the box. I picked up a couple of core town houses, the out houses and farm buildings.

No excuse now not to get on with the Infantry languishing on the paint table.

I will post some comparisons next to the figures in the coming days.
Posted by Stuart S at 10:06 13 comments:

Remind me next time not to fit my own bathroom, it's taken far longer than planned for and seriously dented by playing and painting time. I think I will still to modelling on a far smaller scale.

I am sure I am not the only one but if I don't pick the brushes up on a regular basis it takes a little longer to get my eye in, with a battalion of half finished French staring at me from the paint table, I thought I would ease myself back in with a couple of leaders for the Haitian campaign which is now likely to kick off in the new year.

Both figures are from the Trent minaitures range and give me a couple of extra options in Sharp Practice for some additional big Men and Women... 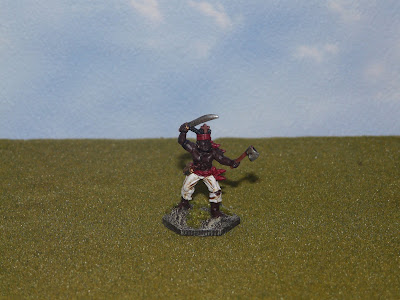 First up - Boukman, the first leader of the August 1791 slave revolt in St. Domingue.
Boukman was a true big man reported to have a large and powerful physique and was reputed to be a Voodoo priest. He was killed in battle in November 1791. 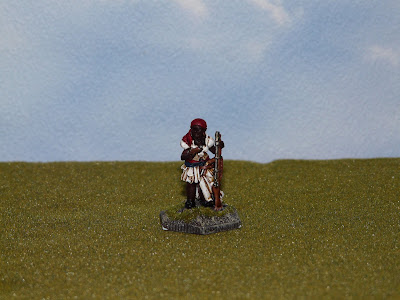 Then we have Marie-Jeanne Lamartiniere, a female soldier in Toussaint Louverture’s army.
She fought with Dessalines in the defence of Crete-a-Pierrot against Napoleons invading French. 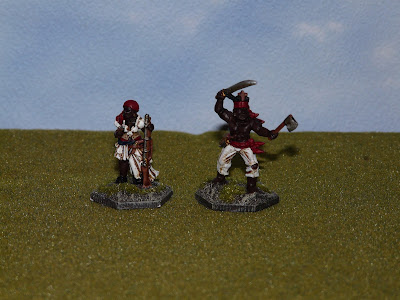 It seems ages since I last did a show, so really looking forward to Warfare tomorrow where me and the rest of the Wyvern guys are supporting Paul and Kallistra by putting on the Battle of Varna.

It's sure to be bloody, be sure to drop by for a chat if you are at the show, with 000's of Ottomans on the table we will need some help moving them all....