The rescue of Madame Biquette - Yet another desert outing....

With the mini-beast from the East blowing outside last Sunday, a chance to move to warmer climate for a few hours.

The Emir had taken a number of ladies captive and was holed up in the compound at the end of town, Claude Canard was attached to the rescue party ordered to rescue our ladies whilst the main party moved to meet up surpressing and locals along the way. 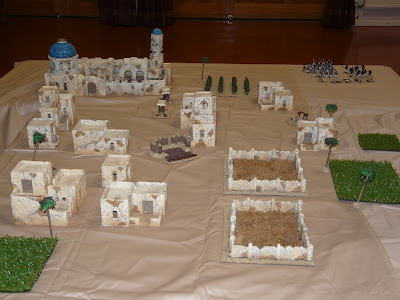 Town was deserted, the market stalls empty. The locals must have known that something was in the offing. 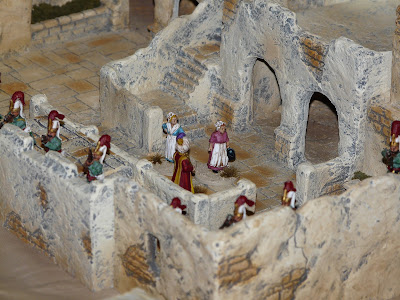 The evil Emir stood ready in case the French invaders tried something sneaky or fool hardy. With eight men watching the walls he knew they would be not be able to hold out for long, but he would take some of them with him. 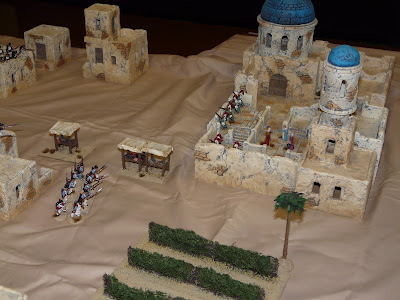 The French split there forces with skirmishers and a section of regulars ordered to rescue the women, whilst the main column advanced up the table to support the assault groups. 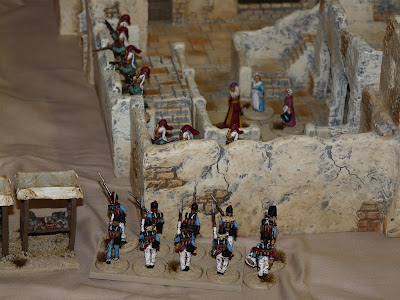 Sensing the best move would be to get in quick before the locals massed, the French section appears from their ambush position and assaults the walls looking to defeat the Ottomans before they could call for reinforcements. 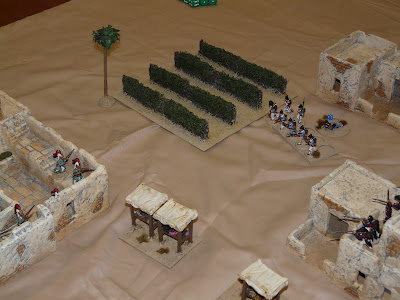 The French are beaten back losing several of their number for the loss of only one defender. The light company pour fire into the arab defenders hoping to force them from the walls. 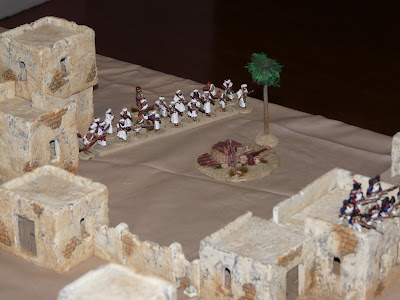 Meanwhile the local arab militia are mustered and begin their adavance on the attackers looking to break the seige of the compound. 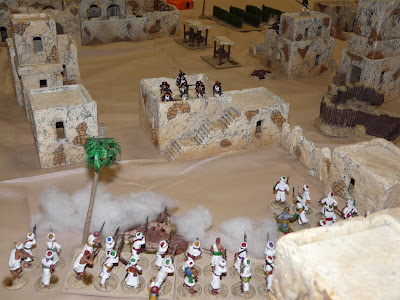 The militia fire off their first volley to no effect. Other locals appear from the out houses, swords in hand, they would have to remove the French in hand to hand. 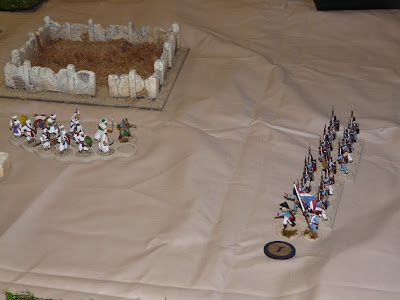 Meanwhile at the north end of town the main body meets some angry locals. A solid opening volley provides them with plenty of shock to halt there advance. 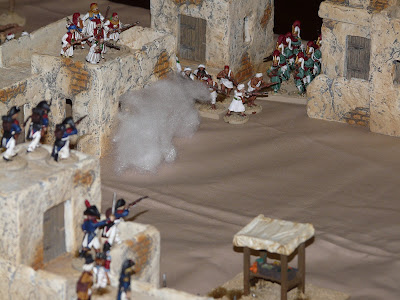 The Emir's main force rushes forwards through the side alleys into the main sqaure. Only for their leader to be shot down just as he was about to launch the main attack. Had Claude just rescued victory from the jaws of defeat? 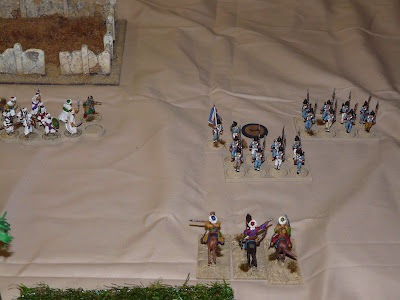 Breaking formation the French main force turns about and see's off the Ottoman cavalry as the action draws to a close.

The ladies might not have been rescued but the French were happy not to have been over run.
Perhaps next time....
Posted by Stuart S at 17:44 12 comments:

Now back to the more sensible stuff.

After a few weeks diverted off into the realms of fantasy.
I thought it was high time I got back to the serious gaming and pluging some of the gaps for Haitian Project.

So far I have a number of units for the insurgent forces and also the Free Peoples armies, but wanted to get them to meet somewhere in the middle as the wider plan would be to field enough troops to take on a full British or French Force, much of the narrative of the time takes about the slaves and freemen lacking in uniforms and very often any clothing...

Foundry do some nice Darkest Africa command figures that would do just the trick and with some spare heads knocking about from Trent Miniaures... Well time to get the clippers and drill out... 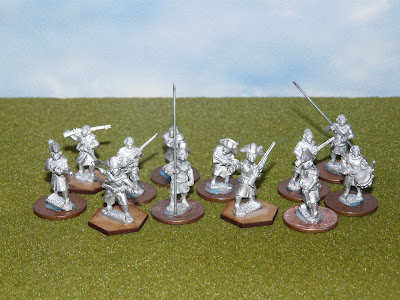 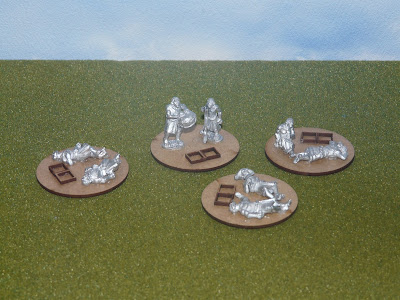 The bicorne's give me a few more options to mix the units up and the new casualty markers should always prove useful... To useful :-(

Hopefully I should get through these this weekend.

Snowed in - Time for some more GA crewmen.

Hammerhead may well have been postponed due to the snow, but it does not mean I can't get some hobby time in.
This is the second half of the Northstar crewmen box for Ghost Archipelago. I wanted to give this group a more uniform feel so opted for yellow sashes to and scarves to separate them out from the others. 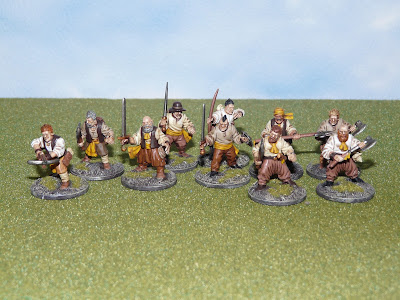 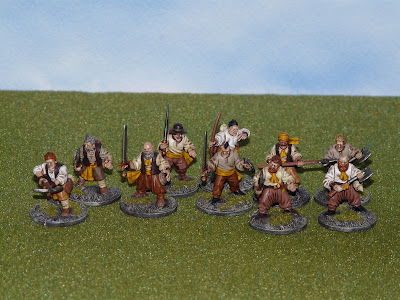 Not sure when they will see varnish due to the temperature being below 0 degrees again, but they will make some useful additions to the on going campaign encounters. 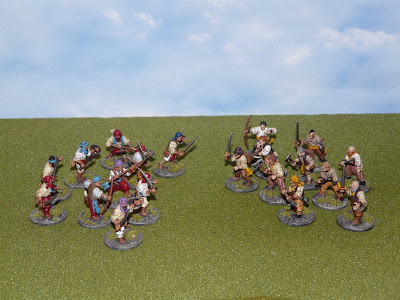 When facing off against the Eastern inspired crew they both look rather good, perhaps better then when I was staring at them with paint brush in hand. 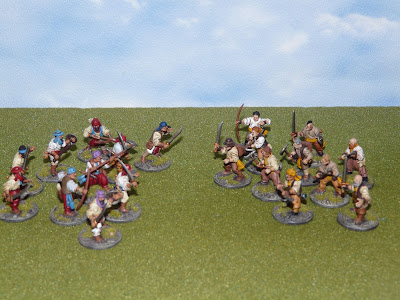 Right back to the asteriods, at least now I have until the 28th April to get them finished for Hammerhead mark 2.
Posted by Stuart S at 14:48 7 comments: