Dashing in to save the day - The Japanese dismounted cavalry make an appearance just in time for tomorrows game.
Let's hope they don't suffer the fate of most newly painted figures and lose on their first outing. 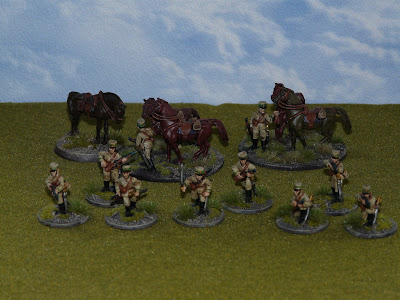 Another fine selection of figures from Tsuba Miniatures - sculpted by Paul Hicks. 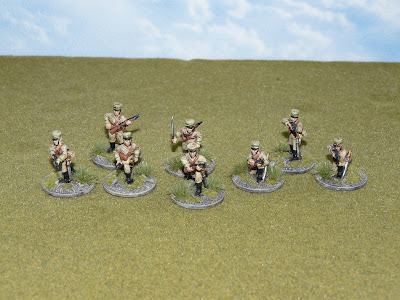 Even time to paint up Rasputin - Delivering inspiration to the Russian Troops.
This would been before he met the Tsar.... Perhaps a holiday in the East? 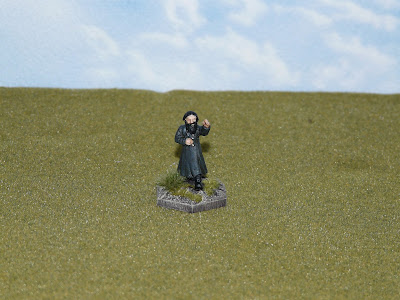 With size of game planned I have a couple of minor rule amendments.

Instead of each unit containing an officer with character traits, I have introduced 3 commanders per side, these can be attached to units or hold a command radius allowing one unit each turn to re-roll their initiative if required.

If a unit in the command fails its command roll that brigade can no longer activiate any further units unless the office is used, this is similar in style to Dragon and Lion Rampant but should slow the activiation rate and slow the casualty rate as the number of regular units is quite high on each side and with free fire actions casualties could soon mount up.

Email ThisBlogThis!Share to TwitterShare to FacebookShare to Pinterest
Labels: Russo Japanese War, The Men Who Would be Kings, Tsuba Miniatures, Wyvern Wargamers.

There is nothing like a big game to get you fired up for those last minute additions or should I say stuff that you having been meaning to do for three weeks but real life keeps getting in the way.

Tomorrow see's a BIG - MWWBK's game with 75 Points of Russians taking on 61 Points of Japanese assuming I finish the last cavalry unit.

For the scenario I planned on having the Russians in a defensive position which the Japanese will have to breach, my fellow gamer and good friend Paul (catch his blog here.) gifted me a number of resin defensives several months ago and they have sat in a box awaiting that moment of motivation.
The All dayer provided that spark... 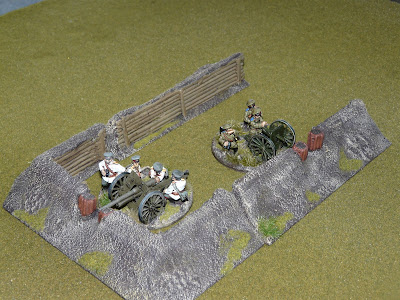 The emplacements and trnech lines have been given a bit of a make over to blend them in with my existing basing style, but they should be ready for tomorrow's outing. 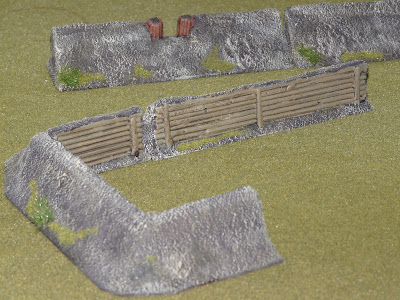 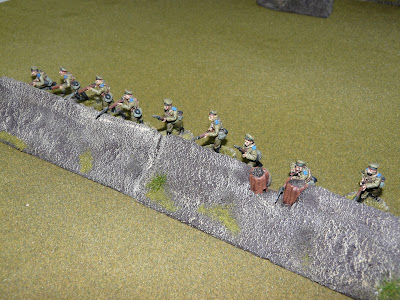 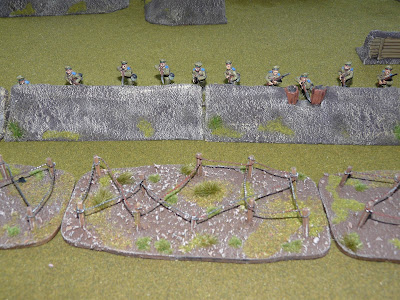 Meabwhile as the undercoat dries on the Empress dismounted cavalry, I have produced the stats for the opposing forces. I have attached the document below for anyone wishing to play the RJW using Men who would be Kings.