It was a good idea at the time and looked lovely on the shelf however.... 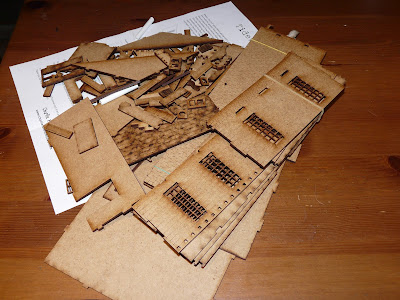 I have been putting it off ever since I got back from Derby last year and looked in the bag and saw the 000's of pieces.... Good job I have a few days off and it's still to hot to paint.
I am sure once complete it will be lovely...
In case you could not tell this is Tidewater House from Charlie Foxtrot Models.

Elsewhere the Ottomans once again failed to land a win against Dane's Russians in Sharp Practice.
A close run thing, with the Russians attempting to cross the table with only a wooded hill separating the two forces. 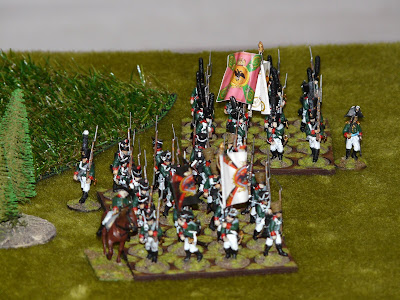 I opted for Ottoman regulars which made a change and topped them up with a couple of skirmish units and a band of fellas with sword and spear to give him something to think about - He is not a fan of a big chopper.... espially after the recent Haiti game... 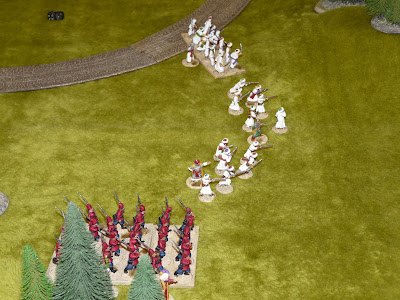 Dispite seizing the high ground and pinning the Russians in the centre of the table the Ottomans were unable to force a win. 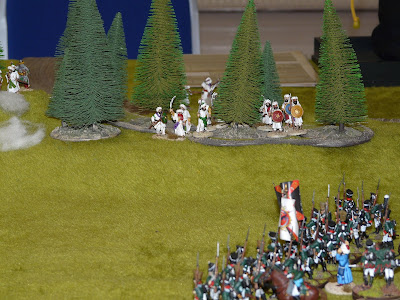 The Russians kept on absorbing the shock and with the Ottomans losing the skirmish units and swordmen their morale slipped away leaving the Russians to hold the table.... 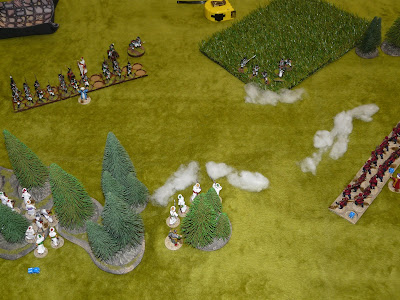 Back in the Spring we were fortunate to win the Hammerhead prize draw for those clubs putting on games, it was late in the day but I had been eyeing up the defences and barricades from White Dragon Miniatures all day. The Combat Zone game from a few weeks ago gave me the nudge to get them painted up... 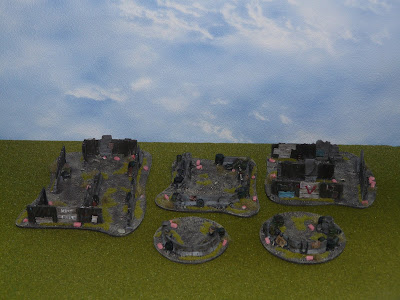 Cast in resin they come in several parts, I wanted mine to represent back yards and rear alleys and to block line of sight as troops creep around the inner city so based they closely together on single bases. Each piece comes with some nice touches, barrels, cables and rubble to add to the clutter. 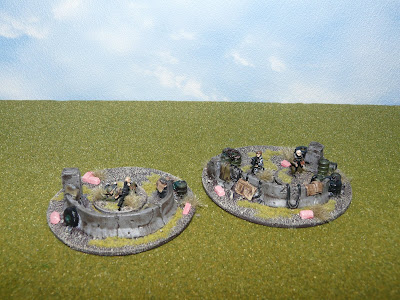 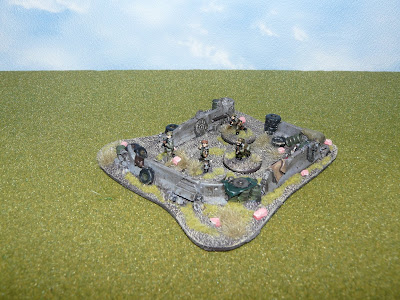 The concrete walls are perfect to hold a fire or HMG team and fit in well with my Eureka modern Russians. 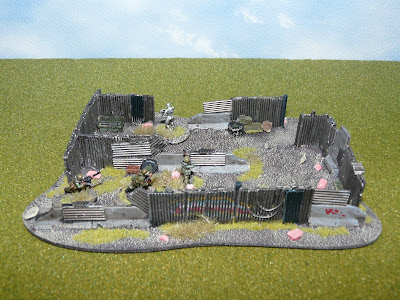 Meanwhile the metal fencing gives troops the opportunity to rush from dead ground to dead ground perfect for taking on the alien invaders when they are looking the other way. 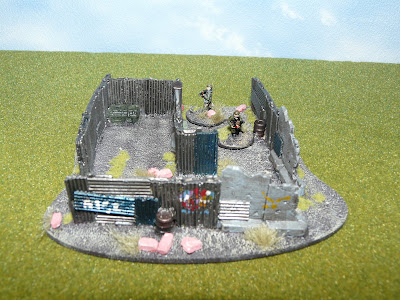 You can't have a run down backyard part of town without someone taking a spray can to the walls, the occasional flash of red and blue on the fencing, gave the kind of feel I was looking for. 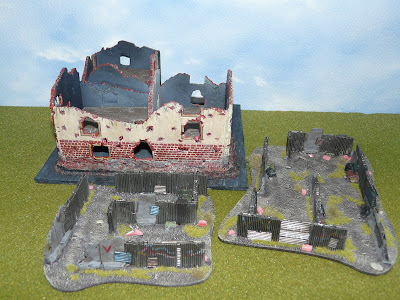 They should add a little more depth to the games and mix in well with the other modern terrain and burnt out cars, now for a suitable scenario to get them in play.

It's been a strange couple of weeks, I had great plans to crack on with some extra's for the Haiti project but the hot weather has made that rather difficult, with the paint drying before it had barely touched the figures.. so a chance to go adventuring instead.

First up something new - The first outing of Zombicide Green Horde.

I am a fan of Black Plague but have to say for me Green Horde is a step to far, I can see why it will appeal to the diehard fan, but it is to gimicky for me, Bowie, Freddie and Jimmy as adventurers right through to the super Zombie Dragons who look great as models but fill the table and unbalance the game play.


I am sure many will be happy with this latest release after all who does not want to fire a trebuchet at Zombies but in it's attempt to add in a raft of extra zombies its lost some of it's initial fear factor and sense of pending doom as the zombies at the door build up and you creep about in doors looking for an alternative exit.

The quality of workmanship is fantastic and with more spare time would love to paint up the mini's but in the attempt to supercharge Zombicide Black Plague something has been lost along the way.
Let's see what Zombicide in space brings.....

Then back after a gap of only 30 years.
D&D Basic - The famous Red Box is back.
I have not played D&D since school and was persuaded to take part in adventure last Sunday, flicking back through the rule book, OK PDF brought back some great memories.... I opted for a Level 1 Cleric and joined Dwarf and Human fighters to clear the guard house which had been taken over by Skaven.


Paul had done a great job of turning the rooms into physical terrain, which added to the adventure as we cleared the barracks and tunnels looking for the Were Rat leader...

A very different experience to slash and cut of Zombicide and a far more relaxed afternoon where you had to really use your grey matter to avoid the cunning traps of the dungeon master.... Great fun.