Wyvern Waragmers is on the look out for new members.....

After several frustrating months of intermittent IT issues our club website is now back up and running at it's new home on the web....

Formerly known as Evesham Wargames Club, we are an open and welcoming bunch and well known in wargames circles as a friendly club with great facilities, known for running some great open days, such as our Saga tournament now in it's 3rd year and more recently Operation Market Larden a day dedicated to all things Too Fat Lardies...

A Wargames club based in the village of Bishampton a few miles outside of Evesham Worcestershire.  We draw our membership from Worcester, Redditch, Tewkesbury, Cheltenham and surrounding areas.

Don’t be put off by the rural location, it more than made up for by the facilities available, We are only a short car journey away.
The Club meets on the 1st & 3rd Sunday of every month. 6pm – 10.00pm

For more information drop me a line on this blog or at the following e-mail address. wyvernwargamersorg@gmail.com
The new website includes, details of our venue and games played, a full forum section together with Tutorials of the terrain we have made.

If you think you might be interested in joining the Club, why not come along and visit us one Sunday evening.
There is no obligation to join, but you will be made welcome.

We even got ourselves published in Wargames Illustrated for our Zulu Skirmish Game Carey's Blunder.
Posted by Stuart S at 06:16 4 comments:

I stumbled upon a blog entry from Paul which was stuck in draft and thought it was worth posting, it made me hanker for another large Zombie outing..... or is it that I have started the holiday reading already....?

By pooling our 'modern' type terrain we are able to put together a decent looking town centre, the buildings are from a number of sources including Snapdragon, Forgeworld and Plasticville as well as a good selection of scratch builds. Add in some diecast cars and other small bits and pieces for colour.

The zombies are from a number of sources and in all we can probably call on about 200 between us. We have played "All Things Zombies" previously but tonight we wanted a simpler faster game as we had 6 players so we used Chain Reaction with added zombie rules from ATZ. (Chain Reaction 3 is a free download from here.)

Here's a couple of Zed's looking for lunch.

The 'family' face off against a zombie, their mix of clubs and bats killed more zombies than anyone else, more importantly they did it quietly!

Some pretty nasty zombies took a fancy to the Biker gang and spend much of the game following them around.

Now the zombies had organised a flash mob recreation of Thriller!

Mrs Grady Old Lady attack the Hazmat team as they attempt to break in to a Renault 5.

From above we see Zombies have got in to the supermarket whilst others have attacked the Bikers.

The Byker gang have taken a casualty, probably PJ or maybe Duncan, another has been knocked to the ground.

With the realisation that supplies were limited (we were collecting petrol, spark plugs, a fanbelt and battery i  order to get a car started), conflict became inevitable. The Hazmat team and Gangstas traded shots attracting the zombies, two fell dead from the Gangsta's surprisingly accurate fire.

The Gangstas found themselves being mobbed by Zeds, but soon made a quick getaway.

The Zeds pour in the direction of gunfire.

Chris managed to collect all the supplies and was declared the winner, the rest of us went off looking for more modern miniatures armed with clubs, bats, swords and axes. It is too easy to use guns to fight the Zeds but that only ends up attracting them, if only Stu would have let me have the flame thrower.

Having recently switched from the TSS terrain blocks to an easier to store Faux Fur Terrain cloth, I have been on the look out for a suitable road and rail system for the various periods I play.

At the recent Lardy day at Wyvern Wargamers a few of the chaps had been using the Battlefield in a box road system and having taken a closer look they seem just what I needed although an out lay of over £70 quid for something other than figures was a little uncomfortable but I have to say I am really impressed.

I picked up the Rural Roads and expansion set, together with the railway line enough to cover a typical 6' x 4' table. 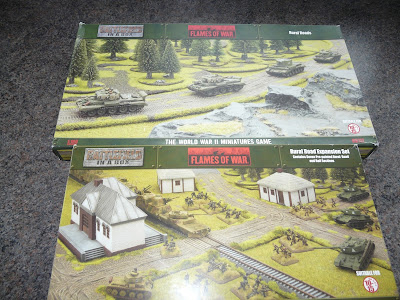 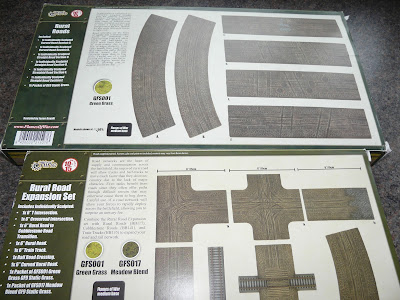 The rear of the boxes showing the content of each. 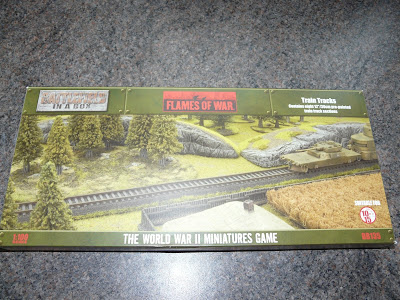 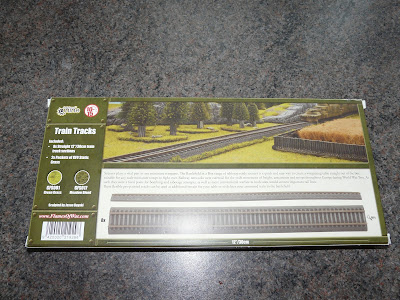 Whilst designed for 15mm they fit rather well with 28mm figures allowing you to move 2-3 figures along the road if they were of column of march , the road sections come with track markings but these are hardly noticeable once placed on table.
The railway line is slightly narrow but I had not really planned on buying a train for my RJW collection and if required can explain this down to the narrow gauge used in Manchuria 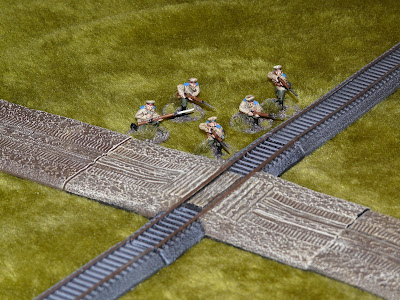 The pre-painting is OK and the colouring seems to match from the 3 separate box sets that I ordered.
The box sets each come with a pack of Green Grass and Meadow Blend GF9 Static Grass although I will be using my own mix to match my own basing style and this should mask any minor colour variants from the 2 road boxes. 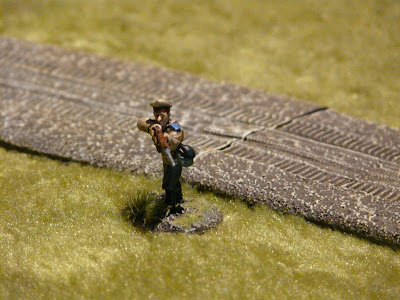 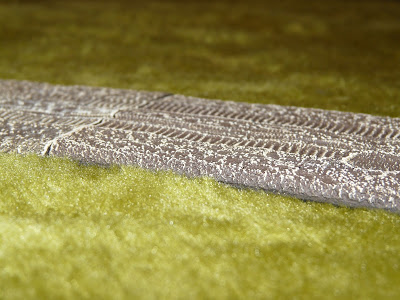 Made of thick durable rubber they appear to stand up to the most heavy handed of player their density  means they sit flat on the terrain cloth unlike some of the MDF road systems available which tend to rise up during game play, they also slightly sticky on the back which helps them stay in position although it does take some of the faux fur with them upon removal. 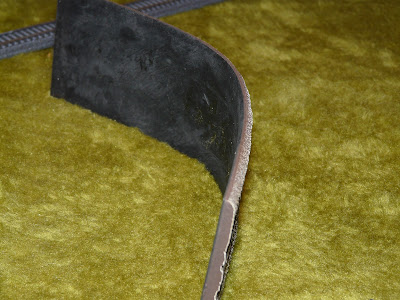 All in all a very useful addition to the terrain collection and a piece of kit that will cover a majority of periods.
Posted by Stuart S at 12:36 8 comments: