But good new's Osprey are releasing a War of Worlds Book in their Dark Osprey range and yes it will be based in Victorian England.

Something to look forward to in November....

On one terrible night in August 1895, the world changed forever. Grey metal cylinders, launched from Mars and hurtled through space, came crashing down in southern England. The next 15 days were marked by courage and despair, hope and shock, defeat and fleeting victory as Queen Victoria's army struggled to contain the terrible alien threat. The war, man against machines from space, was fought without mercy on both sides. And the outcome would be decided by the smallest of things…

This book covers the whole of the Anglo-Martian conflict, beginning with a look at the relative strengths and weakness of the two armies, both English and alien, and comparing the different strategies employed. It then takes a detailed look at the actual military struggle, covering all of the major engagements between the tripods and Victoria's army.
Posted by Stuart S at 09:49 8 comments:

Email ThisBlogThis!Share to TwitterShare to FacebookShare to Pinterest
Labels: Book Reviews, Sci-fi, War of the Worlds

After the opening encounter in Derbyshire - Link
Both sides learning some hard lessons about each others capabilities, next Sunday see's the action shift to Scotland and Wales.
As once again mankind looks to strike the martians before they can get established.

Elsewhere the Crown moved quickly to surround isolate the Scottish cylinder and create a buffer zone in the North of England and the East Midlands.
Local militia move towards London, but with 7 cylinder sites in the south of England, mankind would need to use all their cunning to prevent the martian's gaining a foothold when they take the next move. 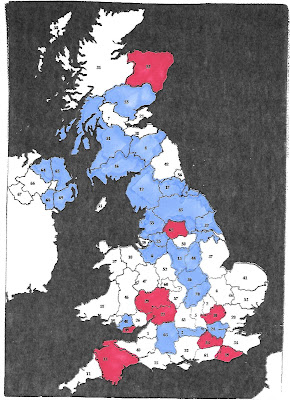 News headlines of the day. 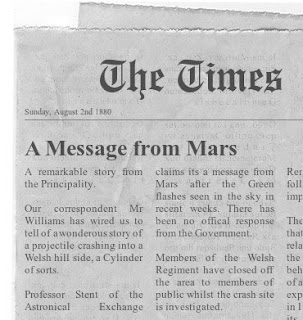 Roll on next Sunday.

I have been casting my eye over a number of 4Grounds MDF kits, Its fair to say much of my gaming is 28mm based, but the recent WOTW's campaign has highlighted the lack of quality terrain in my collection for 15mm and MDF buildings suddenly allow whole towns to created for a fraction of the resin alternatives.....

I spotted these on the the Wargames Table Blog and thought they would be great in 15mm for the Eastern Front and the WOTW campaign.
http://thewargamestable.blogspot.co.uk/2014/09/telegraph-poles.html 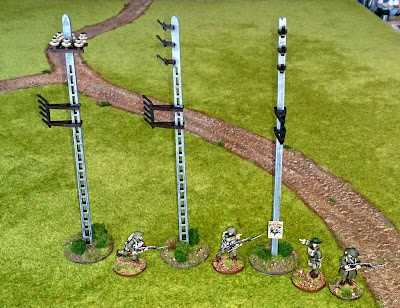 I like to think its the finer details that make the table look the part and figured that telegraph poles would add a little something to the table and could be used for the various projects including the RJW if I found the right manufacturer.

However I am not convinced that the rise of MDF is necessary the best way to go for all terrain.
These looked great and seem to fit the bill and 9 in pack for £6.50 did not seem a bad price

But having extracted them from the spures and losing two at the base joint and then fiddled about trying to put the elements on, I am thinking that there must be alternatives which require less work and are not so flimsy. 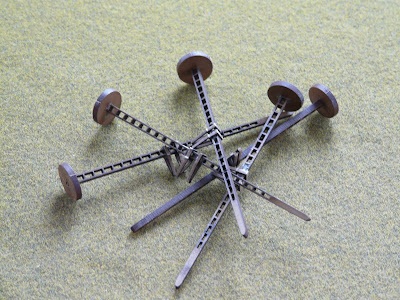 Half an hour mooching about on the Internet and I found these little gems on E-bay.
18 in a pack for £3.50.

A single cast model which simply needed painting and basing, they feel far more study and in my opinion are likely to standup to the rigor of tabletop encounters far better than the MDF offering and only a third of the cost. 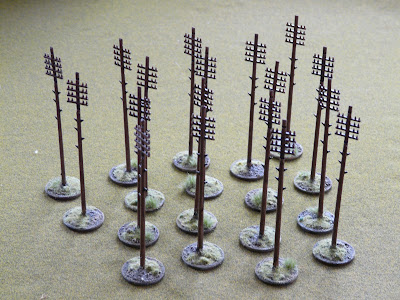 Meanwhile Furphy has kindly stepped up to help me out with some tabletop terrain.

I had picked up some of FieldWorks damaged buildings several months ago good value for money at around £10.00 - £15.00 per building.

I been putting them off as I hate painting buildings. Furphy has done an excellent job creating a style that would fit into Eastern Europe or Victorian England.
You can see more of his work Here. 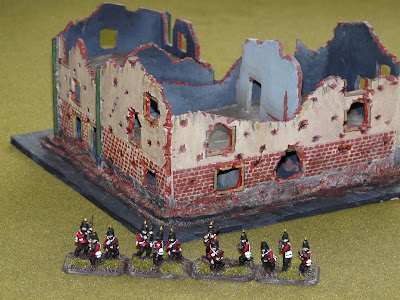 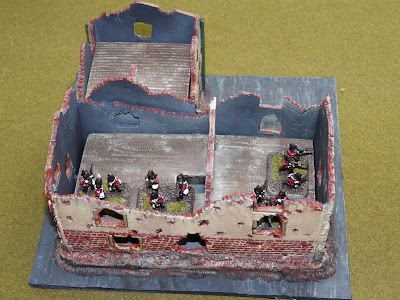 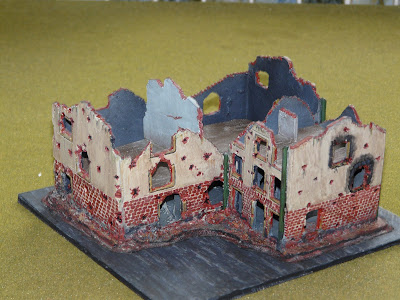 The Good, The Bad and the rather ugly... Yet More Water Margin.

Have spent the last couple of weeks campaigning in Victorian England time to catch up on some of the items sitting on the paint table... Time to recruit more of the Nine Dozen Heroes to fight the corrupt government. 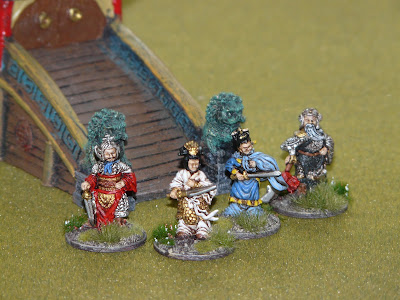 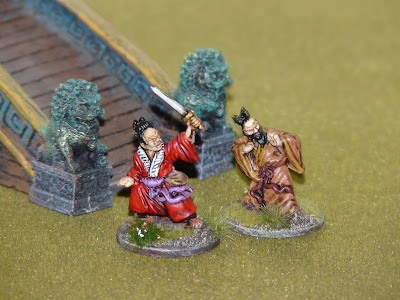 The man himself Gao Qiu or Marshall Gao arch villian of the story, accompanied by Murong Yanda Prefect of Qingzhou.

And finally the ugly. 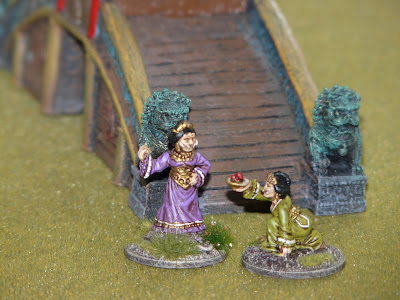 No relation to the story but they are part of the Blackhat range and come within the Court of the Chaos Queen pack, I am bound to find a use for them.
Posted by Stuart S at 21:30 7 comments:

Colonel's Dane and Furphy emerged from their command tent shortly after 10.00am they had arrived late last night and had been up since dawn reviewing maps of the local area.

They had been ordered to muster following reports of a falling star and had been given orders by Whitehall to cordon off the area before advancing to the crash site to investigate this strange phenomena. 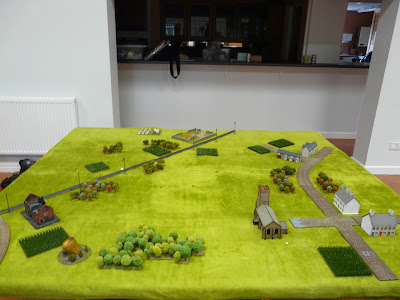 The plan was a simple one Colonel Dane would take the Sherwood Foresters and advance from the East and rendezvous with Colonel Furphy and the Cheshire Regiment on the high ground over looking the crash site. 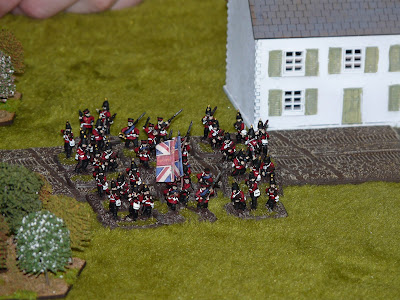 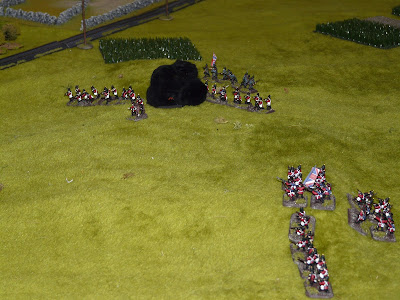 As the men of Nottinghamshire crest the hill they are subjected to a barrage of rockets from the direction of the crash site, canisters land amongst the lead section and these cannisters release an inkey black vapour from which there is no safety but death or instant flight.
The 45th Foot suffer the worse losing a quarter of their number as they stumble backwards in some disorder. 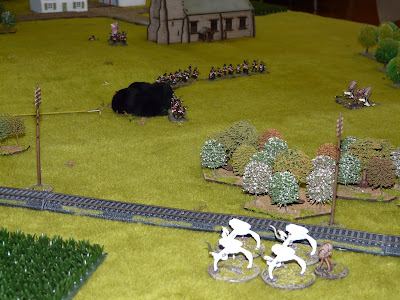 As the Nottinghamshire Regiment regain their composure to their right and across the railway line wonderous contraptions come into sight, what can best be described as boiler suits on legs scuttle there way towards the faltering infantry. 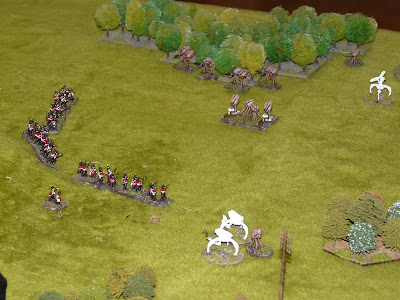 From the tree line on the far left ugly brutes emerge firing into the Crown forces, whilst other Octopus like creatures fire a beam of heat that sweeps the British lines like a Warships search light. 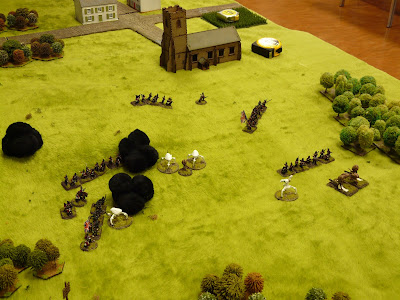 Yet more black smoke shrouds the battlefield and blocks out the mid morning sun, yet the valiant men of Cheshire and Nottinghamshire not only hang on but begin to regain their composure, massing their fire and driving the squid type creatures from the tree line and destroying one of the spider like machines with concentrated volley fire, whilst another is surrounded and brought to the ground. 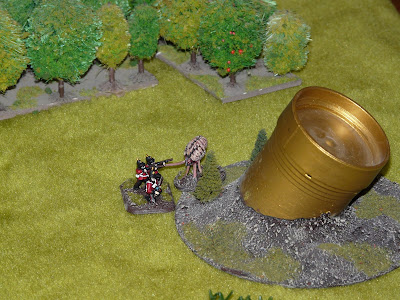 Whilst battered and scorched members of the 3rd Battalion Volunteers (Robin Hood) rush the pit and drag from it one of the oilly brown brutes and put it to the sword, this heroic action appears to sap the fight from these strange creatures and their contraptions who abondon the fight and back away from the victorious militia.

So first victory to Mankind.
I took the decision to combine two battle encounters into one to amke the encounters more playable, 1000 points apiece, humanity could only draw upon militia and regulars with no addtional support weapons, whilst the Martian invaders could only use light walkers and infantry.

Humanity lost 200 points and the Martians 400, the Martians retreated from the field and are unsupported in the next encounter.


Played through in under 3 hours using Martian Empires from Blackhat Miniatures.
Posted by Stuart S at 22:03 18 comments:

With a number of players expressing an interest and others pressed ganged in to taking part.
Sunday night saw the opening moves of the Wyvern Wargamers - War of the Worlds campaign kick off, a full AAR of the opening salvo will follow shortly but first a short posting detailing the initial deployments. 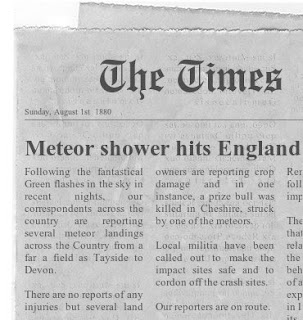 The landing sites and Crown deployments can be found below. Each Martian cylinder contains 500 points but may not include Tripods and Handling Machines in the first turn. Each Human garrison is restricted to 1 unit of Regulars and 2 Militia in each county.