It's not until you put the toys on the table that you get to iron out some of kinks.
The initial worry was the two rounds of fire from the British would stop the Zulu's in their tracks  but when I looked at the casualties at the end of the game that was simply not the case.

The first thing came to mind was that there were simply not enough Zulus for 60 points, you really want then several ranks deep to get the period feel. 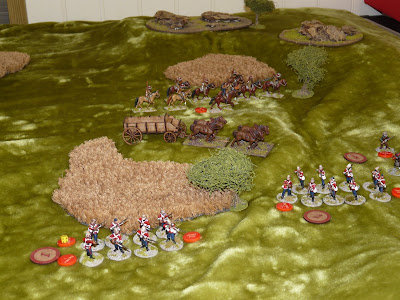 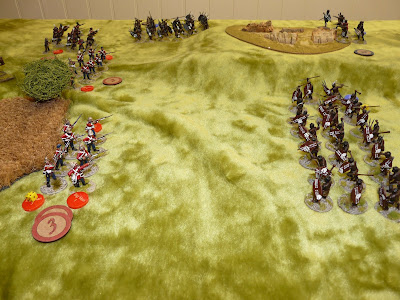 60 Points for each side only gives you a couple of sections for Brits with some Native Horse and a group of NNC, but the Zulus were only around 50 men strong. Not quite enough to give you any more than a single horn.

The Skirmish unit on the hill proved to be very useful, but arming them with breach loaders gave them to much firepower, even with a minus one for being poor shots. 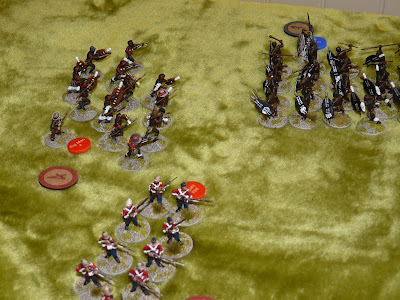 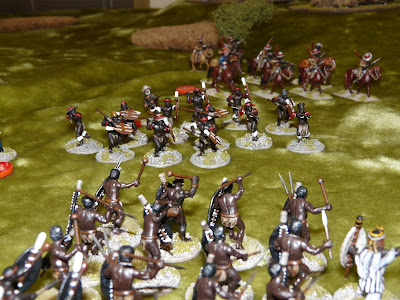 The moveable deployment point proved to be useful and the Tactical trait which allowed them to launch a surprise move and get close enough to launch a fearsome charge into the NNC who unsurprisingly were forced back. 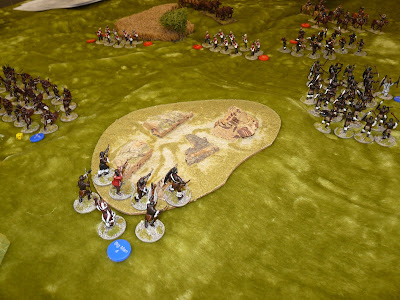 Whether it was lucky cards or poor deployment by the Brits, the two rounds of fire was not enough, I gambled on presenting and firing, when perhaps I should have just blazed away. Mind you a poorly timed Tiffin card did not help couple with a Zulu 4 flag turn.... 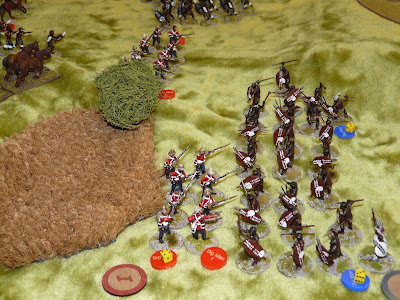 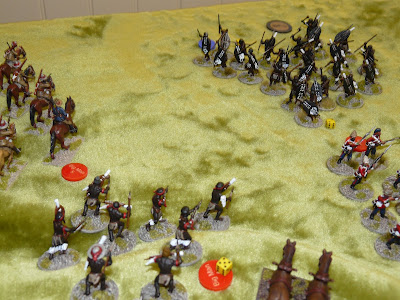 With the Zulus closing fast and the "horn" driving a gap in the line after defeating the NNC the British fixed bayonets and prepared to give the Zulu cold steel. 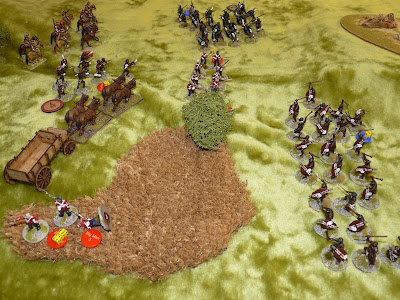 The Zulu is jolly deadly in Hand to Hand and the Brits were soon running. The Clan status really makes a difference when it comes to the number of dice thrown. 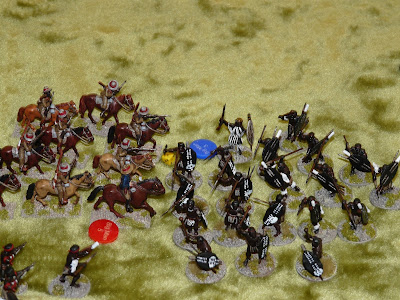 A valiant attempt to slow the advancing Zulu with a flank charge by the Frontier Horse proved no better, Scouting Cavalry are no match for Clan Warriors. (Next time we will be upgrading these to Dragoons to give them the option of dismounting and firing.)

The Brits were well beaten.

Thinking through future tweaks the Zulu's need more bodies even if they gave the Brits a good seeing to on this occasion, if they were in a formation rather than two groups I am pretty sure the outcome would have been different.
The plan is, is to include the option of a tribal option rather than clan, which cuts the cost down by almost half, not as nasty in hand to hand but it would give them mass.

I have dropped in the "fighting cocks" trait for the Brits which allows them to ignore to casualties difference, they really need to go down fighting once engaged by the impi.

The Skirmishers were a little to powerful for their point costs and their rate of fire was to much this needs down grading and the points increasing.

So here goes with the new stats.

A typical force could now look something like this.


The British remain unchanged with a section coming in at 13 points add a reasonable officer class say Bigman 2 and the ratio is around 2:1 in terms figures on the table, that seems far more reasonable.

These are the last ones honest....
I know I should be painting more Haitians but after finishing the first batch of Alien Invaders I had the urge to swap a couple of heads and paint up some security troopers. With only 8 figures in the original release these adaptions should bolster the Visitor force to make them a worth putting on the tabletop. 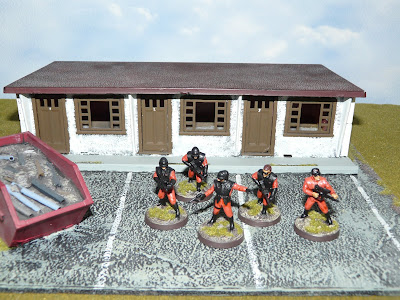 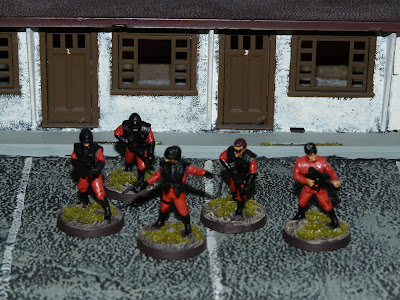 Putting a Shock Trooper Head on "John" gives me an extra commander and "Johns" head is a good fit on one of the troopers to give me another Trooper wearing sunglasses. I could have used the lizard heads supplied but you rarely show these in the show from the 80's.
On the far right is a cap wearing engineer armed with a laser rifle. 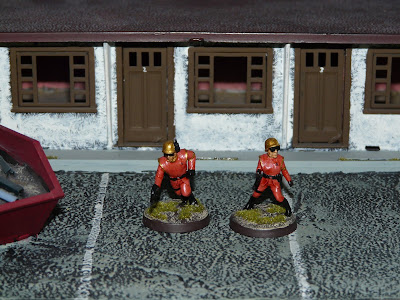 Crooked Dice do some spare heads wearing Sunglasses and whilst not true to the series are a good fit to act as proxy Security personnel. 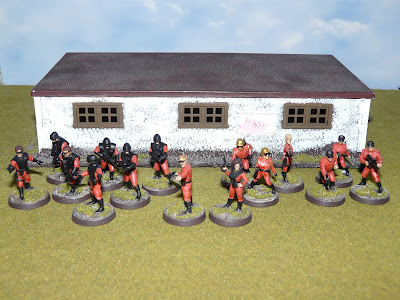 The full "Visitor" detachment - No Rodent is safe.
I have enough now to put on a reasonable skirmish, with the promise of resistance in the future who knows where this will go. 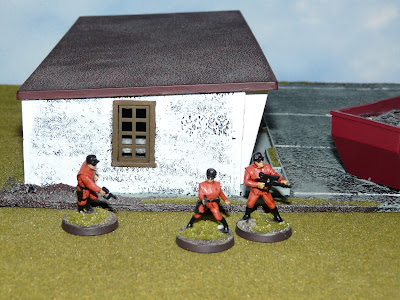 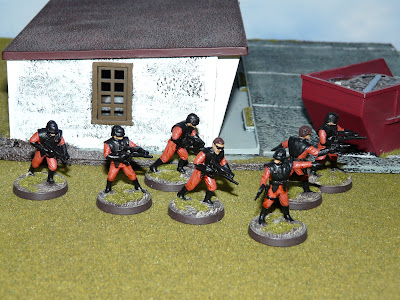 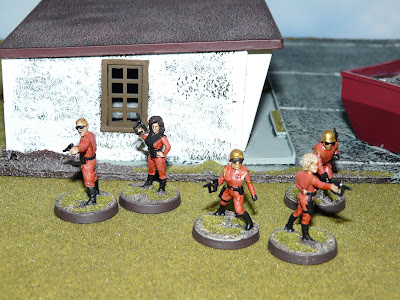 A close up of the Engineers, Shock Troopers, Commanders and Security Personnel.
I am really pleased with how these have turned out, colour seems just right to replicate the original mini series.
Right back to some serious painting now I have got these out of my system.
Posted by Stuart S at 19:08 5 comments: