Another year gone in a flash.
Hard to believe the blog has been going 5 and a half years, in what is now the New Year custom, I thought I would look back over the past 12 months and review the projects undertaken and consider the potential ideas for the year ahead.

The year started so well with a reasonable amount of time in front of the brushes, but I fell away badly in the second part of the year, what with real life challanges and illness. Still I do find that the Christmas break is a great way of kick starting the year ahead.

Surprisingly I kept new projects to only a few and actually completed a couple of them to a point where now I am only looking at impulse purchases at future shows - I am a sucker for all things shiny.
Most of my focus was again in the Far East with Japanese cavalry finally making it to the gaming for the RJW.

The largest project came due to a new recruit over at the Wyverns in the form of Furphy who had a passion for modern warfare in particular Chechnya.


I had been looking for quite a while for a set of ultra modern rules which allowed me to put on large scale skirmishes without the book keeping of some of the current crop of modern squad level games. I found myself drifting back into retro gaming of the 1980's with the use of Laserburn, Imperial commander. Loads of Dice, Casualties and fun.

I completed a modern Russian force complete with BMP's and BTR's, Chechin insurgents and supporting Artillery. 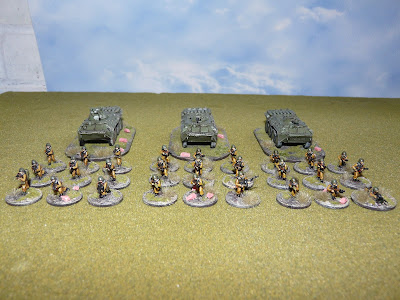 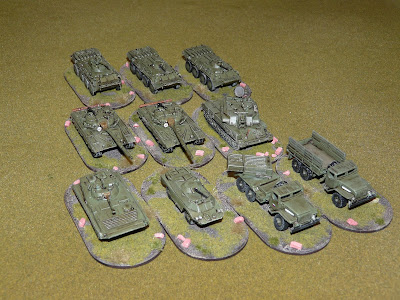 If that were not enough, the Russians were expanded to include some more modern/Sci-Fi vehicles and walkers to combat an impulse purchase from Rebel Miniatures in the US - Out of world invaders who happened to have landed in Eastern Europe.
Or simply an excuse to use the growing collection of resin buildings.

Not to bad at all two projects completed in full in less than 6 months. 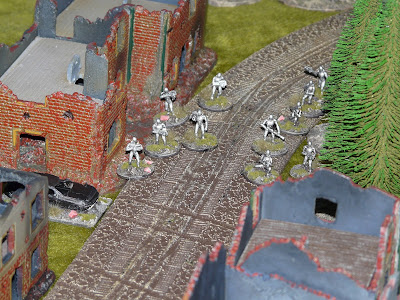 With the mass of new releases for the Cold War wargaming in 2016/2017 who knows this may see a further expansion in the year ahead, besides I have a Russian village that's sitting in a box some where which needs to join the paint queue.
The Water Margin/Sung Chinese - 28mm
Having agreed to put on a participation game at Hammerhead in March the Water Margin Project continued apace. With cavalry and more government forces added to the collection.
Hammerhead was a cracking days gaming with oriential fortune cookies for all who took part. 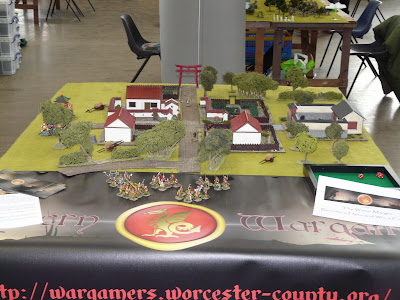 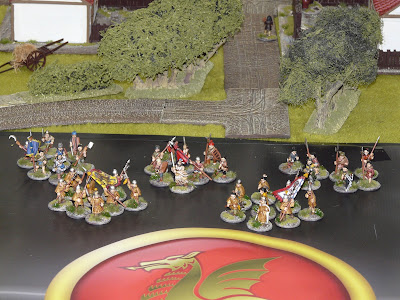 I had loose plans for converting Dux Britanniarum to Ancient China but the release of Watchful Studio's Kickstarter provided me with some fantasy elements (which have yet to grace the table) so I switched to Advanced Songs of Blades and Heroes which gave the right feel, however I now have enough forces to use for Dragon Rampant for larger conflicts if I actually sat down and worked out the stats. 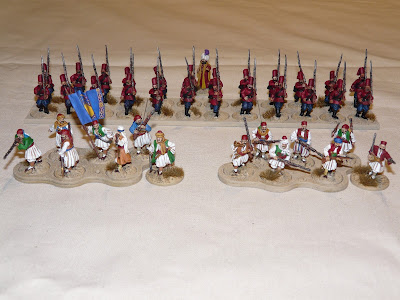 A number of these mini's have been languishing in their storage box for a year or so, but with new releases from Brigade Games and Perry Miniatures the project is very much back on for 2017.

So what else for the year ahead?

So far the plans are some what loose but they do have a Black Powder feel to them.

Napoleon in Egypt - Sharp Practice 2
I need to finish the core French force which are in the final stages on the paint table - Perry Miniatures have produced a number of new releases including cavalry for the French so these will be a muster - just can't decide on camels or horses?

Haiti Revolution - Sharp Practice 2
Ever since the Lardy day back in the summer I have been drawn to the Haiti Revolution, I am justifying the purchases as another excuse to use my jungle terrain, but the truth is, Trent miniatures produce some lovely figures and the period is crying out to be gamed using Sharp Practice.
British, French, Spanish, Slaves and Free People.


Warlords of Atlantis - Cutlass!
Since the impulse purchase from Antediluvian miniatures and their excellent Atlantians I have an urge for a Black Powder/Pulp cross over skirmish affair. 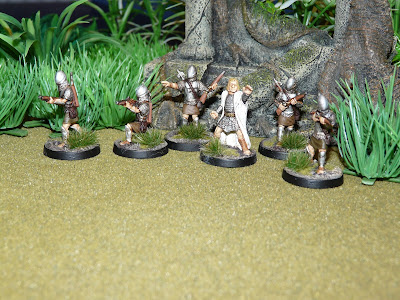 I picked up a number of packs of Black Scorpions Pirate range during the 2016 show circuit that have not seen the light of day yet. Perhaps a coastal community attacked by the Atlantians or maybe something a little more main stream wreckers vs Crown forces?

I am not sure whether this was to much junk telly over Christmas. But why do I find myself Googling 28mm crabs?

Outside of these firm ideas, I can see more colonials making an appearance due to the fun games we have had with Dan Mersey's excellent rules The Men who would be Kings.

Perhaps French Foreign Legion as I look to expand my desert terrain and give it more uses or even Pathans but this could be a little more challanging on the terrain front.
Mongols could make an appearance to give me a few more uses for the Chinese village - but the thought of more cavalry - eek.
And then there could be a couple of purchases to support some of the newer rule sets Broken Legion, Rogue Stars - both of which offer interesting campaign ideas.
Well all in all 2017 should be another fun year if only I can keep a focus.......