Eric Grimes
The leader of the DG Collective. He came to power by murdering the group’s previous leader, poorly educated, brutal and selfish.

Stan Tyler
Leader of the Popular Alliance he is good, strong and a wise leader, he has recently suffered a severe blow however, his daughter has been taken in to custody by the BUF in a carefully timed raid. They are holding her in the City Police Station to ensure his good conduct.

William Greene MP
Conservative MP for the City of Worcester and Member of the Kings Party.

George Perrin
Owner of the Worcester Sauce Factory and leader of the Factory Defence Volunteers, suspected left wing leanings, based around the Spring Hill area of the City.
His Troops are well equiped, with small arms and uniforms but few in number at present.

Leader of the Henwick Anglican Militia or HAM for short.


The Anglican League supporters in Worcester have so far been restricted to doing little more than defend their base of power, the parish of Henwick. Frustrated by an inability to conduct more aggressive actions , Fellows has been conducting a war of words against the enemies of the Anglican League from the pulpit of St Clements church , regularly delivering inspiring and fearsome sermons to his congregation .


Frank Wiseman
Teacher at the Cathedral School and District Treasure of the BUF located at the Shirehall. 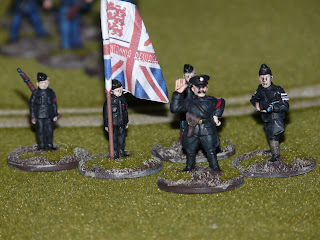 Colonel Thomas Farrington
Commanding Officer of the 3rd Batt Worcestershire Regiment based at Norton Barracks 5 Miles from the City Centre. 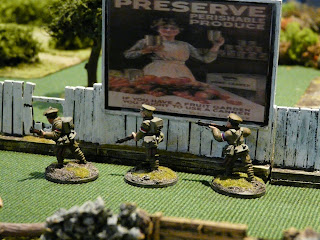 Major Eric Portman (Ret.)
Leader of the Astwood Defence Assocation. Portman commands a large faction on the outskirts of the city, they have a broad loyalty to the Crown but behind his bluster he is a self serving coward and will galdly put anyone before him.

The Gillam Street Mafia is the nick name given to a well organised criminal gang operating out of Worcester's Rainbow Hill district. The `gang' is run ruthlessly by the Costello family, headed by the father Thomas. The gang draws its members exclusively from three related families; the Costello's, Teague's and Hoddys. The gang is often supplemented by the inhabitants of the Rainbow Hill parish. The residents show unswerving loyalty to the gang; whether this is due to fear or the generous handouts made by `the families', is open to debate.

Worcester City Police have held files on the gang for a number of years, but despite accusations of involvement in theft, armed robbery, blackmail, protection rackets, kidnapping, murder and prostitution, there have been no successful prosecutions. Worcester Police estimate that over 70% of serious crime in the city can be traced back to the gang. It is said that if you need something, have the means to pay and don't mind where it comes from, Thomas Costello can supply it.

The Key members of the Three Families


Thomas Costello
Known affectionately as `the butcher' by the residents of Rainbow Hill. His name is well deserved as he runs a successful butchers shop on Gillam Street (he is also rumoured to use the tools of his trade on anyone that crosses him). Costello endeared himself to the people of the parish by distributing free meat to the needy at Christmas time – a generous gesture that no doubt secured favours from `his people'.

Thomas' beloved uncle and elder statesman of the family. His gentlemanly exterior hides a psychopathic nature – he is suspected of running the gang's prostitution racket.

Thomas' younger brother, works as a painter and decorator but is well known as a keen amateur artist of some note. Despite his more genteel pastime he has turned making witnesses disappear into an art form.

Married to Thomas Costello's sister. He ostensibly works in Costellos shop, but in reality `Hatchet Teague' is the head enforcer of the gang.

Brother of Thomas Costello's lovely wife Mavis. Runs a small transport company which is rumoured to `move' the gang's ill gotten cargos with the full knowledge of the police – no one can prove bribery occurs, but the Hoddy yard is a well known tea stop for the city's constabulary.


Tommy `gun' Costello
One of the city's infamous `Costello twins', he is the eldest son of the Costello Clan. Young Tommy is currently AWOL from the army, after choosing military service in lieu of a custodial sentence, he `released' himself from Colchester Military Prison, where he was serving time for breaking the nose of his RSM. Tommy gets his nickname for his love of the Thompson Machine gun.

Was born 18 months after his brother Tommy. Since then they were inseparable; hence the nickname `the Costello twins'. Frank is also AWOL. Having followed his brother into the army, he also followed him into Colchester and out again! When Frank heard his brother was in the glasshouse, he searched out the unfortunate RSM in the camp infirmary and broke his jaw with spanner.