The recent out break of Zombie Games have given me the push that was needed to get these fellows off the paint table.... They have probably been hanging around for the best part of 8 years... 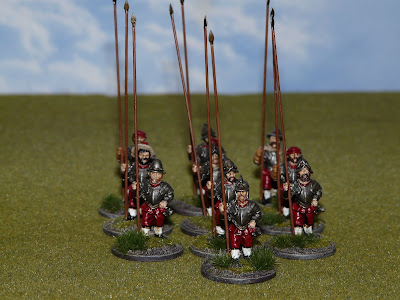 Great to paint but a touch dangerous to handle as the pikes are rather sharp which adds to the danger of the Zombie games :-) 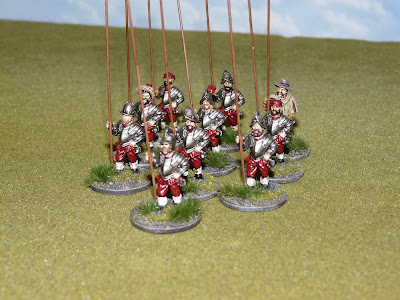 Painted up as English they should be able to fulfil a number uses as Spanish reinforcements and for the plantation of Ireland which is on the cards for later in the year. 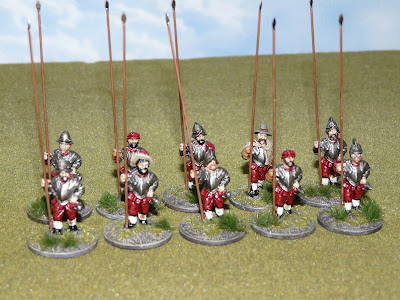 With less than 10 days of 'Elizabethan' February to go I hope to get a second unit complete before thinking about what to switch to in March, which could be more fantasy elements or Korean Micro-Armour.

Anyhow these might get an outing soon as the Zombie games start to take shape and the human's great draw deeper into the Rising in Elizabethan England.