The last of the North Star Order is complete. I had a loose blister pack of Sherden Guards hanging around from last year and the latest order brings the unit up to 10 Elite fighters ready to enter the fray. 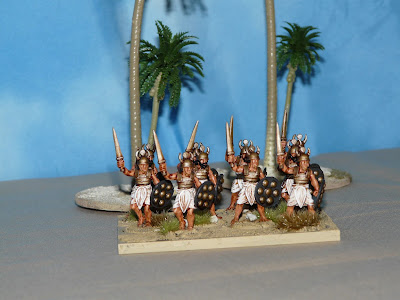 Notorious pirates who raided the Nile Delta, their warriors wore horned helmets with boar tusks and carried long slashing swords and bucklers covered in bosses. Ramesses II captured some of these raiders and was so impressed by their ferocity recruited them as a royal bodyguard and let them keep their traditional equipment, but with the addition of Egyptian armour. 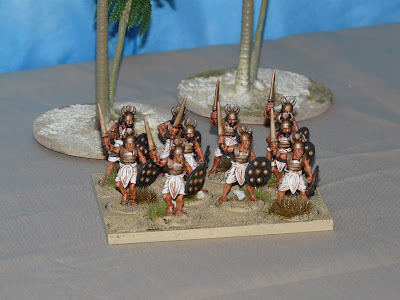 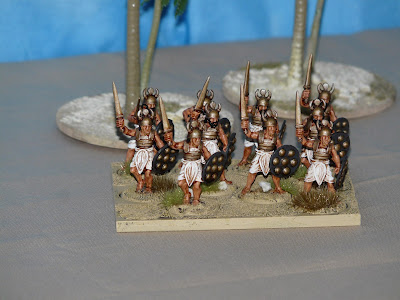 Great figures and have a far more imposing feel to them than the Warlord or Foundry offerings. Within Infamy Infamy, I will be classing them as Barbarians so the ability to amass fervour, something new for the Hittites to think about. 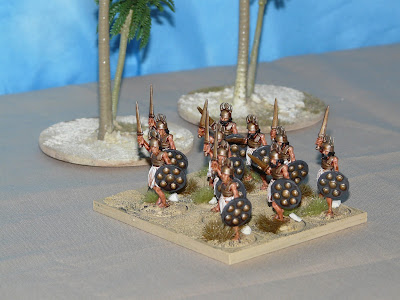 Next up the Pony Wars 6mm project finally makes it to the paint table. It might need a few sessions to get my eye in so will probably start with something simple rather than some of the Indians with there warpaint and bonnets.
Posted by Stuart S at 15:46