Back to that damn rock and another outing for Stargrave.

Hired by an old mining buddy of Gregson Industries to re-start the oxygen plant which had been overrun bugs. Squadron Leader Patricia Leafy of the Missile Ship William E Barber had appoint to prove. Having taken over the crew from her sister killed in the first game she was keen to win this encounter and top up the crew's war chest. 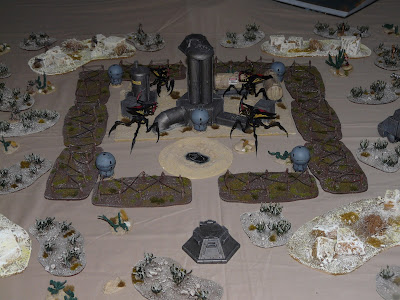 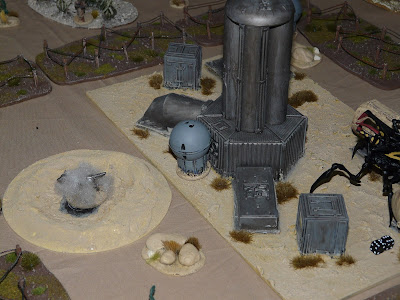 The plant was surrounded by an electric fence which could be turned off by a central control panel, but first the bugs needed to be dealt with. They were contained in the compound but would react to anyone breaking through the fence. 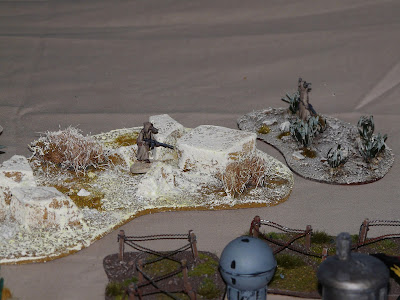 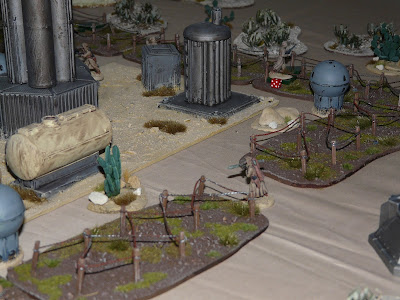 Looking across the valley another crew was also on scene - those flaming skinnies again. They were quick out of the blocks bolstered by their first success and were already making headway through the wire having shot down the Arachnid's on their side of the fence. 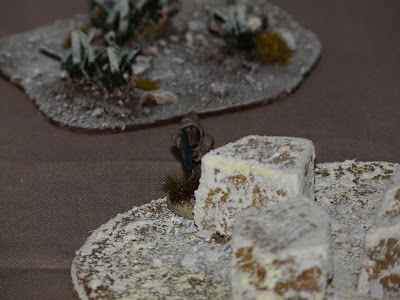 The crew of the William E Barber fired several rounds at the Skinnies as they attempted to break through the fence line, but tucked away in the rocks with Scarad a stone cold killer, armed with a sniper rifle he took aim. 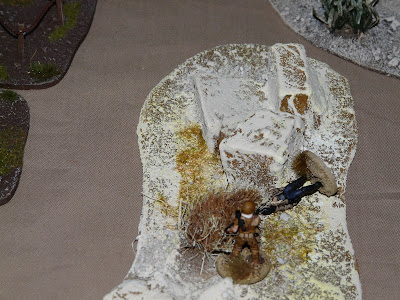 Blam......Bloody Hell !!!!
Patricia Leafy took a round straight to the chest, I am running out of Leafy sisters... :-(
One of us was laughing as yet again in the first round my captain is out of the fight. I am beginning to think I might have to paint up a new Captain after all. 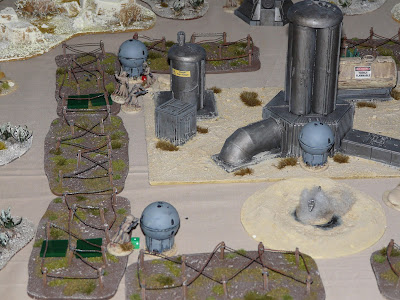 The Skinnies started to unlock the loot tokens barely troubled by Leafy's crew, even poor old Boltz was knocked off his feet running across the compound. 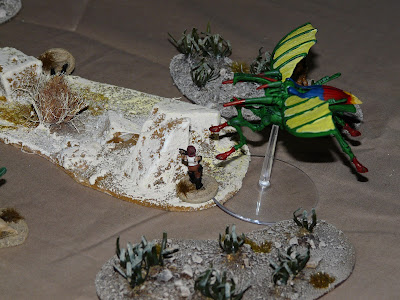 As various loot boxes were opened the local wildlife got involved swooping down on anyone who happened to be near them. 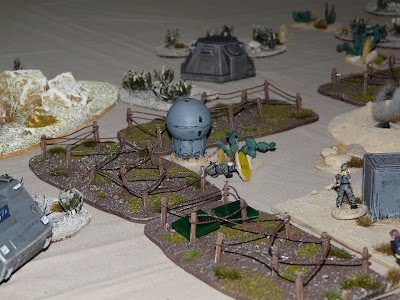 As the fire fight raged both crews attempted to gain the last loot goals, but the day was the Skinnies who scurried away with 3 of the 5 tokens. Still having a Captain gave them that first move advantage which is so critical in these games.
The crew of William E Barber spent their loot on the services of the Medical Core returning the Captain to active duty. 2 Games in, the crew had a total of 35 Credits to their name, whilst the Skinnies continued to expand their armoury and technology.
Life in the Quarantine Zone can be tough.....
Posted by Stuart S at 08:31