Well you have to get your gaming fix somehow....


I picked up a copy of Joe Legan's Platoon Forward! campaign rules several years ago and with the recent game Bolt Action outing and no physical players available, I thought I would combine the two rules together and give Joe's solo rules a run out. 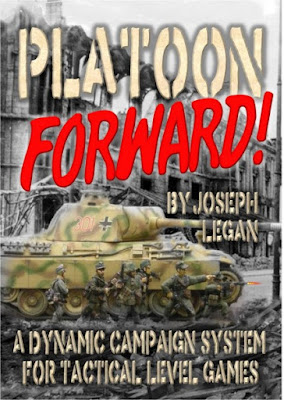 I guess we have all tried various solo rules at one time or another, but I have found these to be the most comprehensive and the most balanced to stop you cheating yourself :-)
After all you know all your own moves and your tactics in game, aggressive, defensive or just darn sneaky.

The Platoon Forward system was designed for the Too Fat Lardies rule set, but they fit nicely with any WW2 rule set.
The book contains 22 scenario's split between offensive and defensive actions and depending on the stage of the war denotes if you are attacking or defending.

Each mission has the option to generate the terrain depending on the theatre of operations. 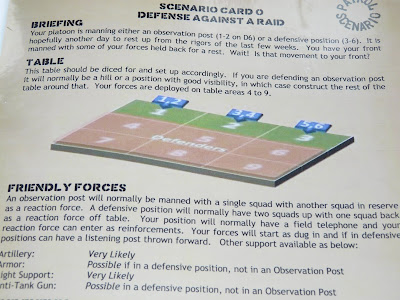 Each scenario details the potential for supporting forces and then match up forces with the use of blinds. These could be nothing or a section of Infantry, an MG team or a Tank. Blinds are split into A, B & C's depending on objectives and missions.

The different missions give you number of choices Flank attacks, Scouting missions or all out assault, random events can occur both good and bad, and reinforcements are available to bolster your command.

Now to organise my forces for a first run out......

Meanwhile perfect timing the postman dropped off the following. 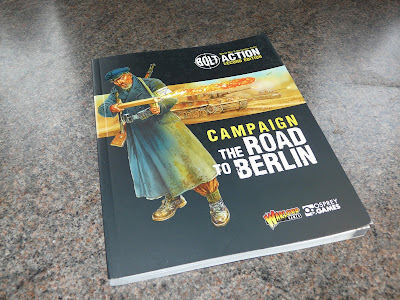 Whilst having only played one game of Bolt Action I needed this campaign supplement.
Road to Berlin focuses on the Soviet forces and their advances against the last defenders of the Reich, it contains unit details for a bunch of late war German vehicles and the Polish Home Army and those units involved in the Prague Uprising. 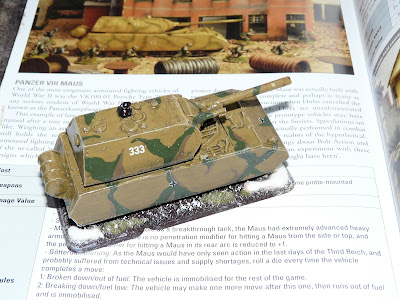 Will I finally get to bring this monster on to the table?

ARR to follow in the coming days.
Posted by Stuart S at 08:23