Finally after a couple of weeks the latest chariots roll off the painting table, a touch fiddly and better to paint them in their component parts and assemble after although I still don't know how I am expected to get three crew in the Hittite one. 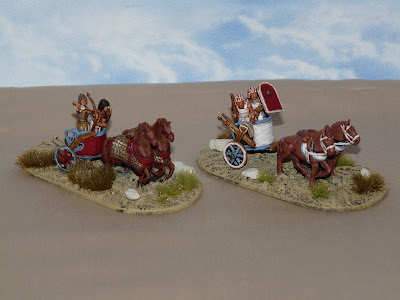 First up two New Kingdom Egyptian chariots (L) Warlord and (R) Foundry. The Warlord one despite looking rather weak when first out of the blister pack, but went together rather well and the crew fitted easier than the Foundry equivalent although the wheels were weaker. 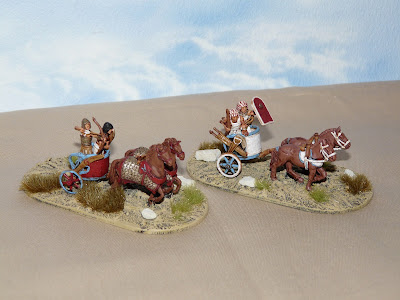 Thinking about their status in Infamy Infamy, I figured the one should be medium and the other light. Both containing a drive and an archer they will be a useful firing platform for the NKE forces. 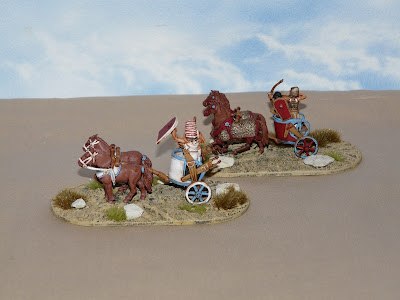 I am still a little perplexed by the choice of colours for Egyptian chariots so in the end opted for the a mix of red and white which should blend with the foot troops. 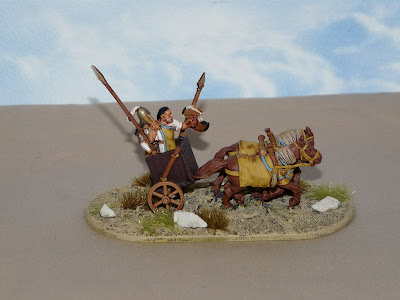 Meanwhile the Hittite's get a medium chariot to add to their forces. 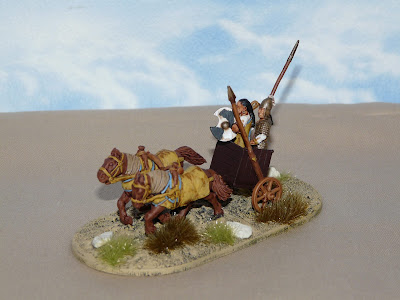 I still don't know how you get three crew in the chariot but two look just fine. 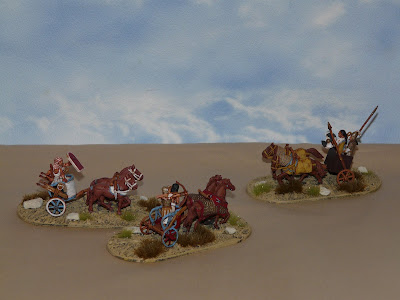 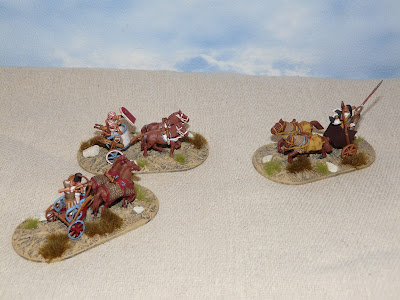 Well that's the last of the ancients for now. With the gaming room complete time to get these on the table for their first outing....
It's a shame the rules still restrict home visits but it will give me a chance to hone the rules before the curfew is lifted in April.
Posted by Stuart S at 16:38