Part 1 covered the placement of troops within the scenario, this section covers the gaming mechanics of units on the table, Covid19 has forced us all to think about solo gaming and there are a range of mechanics out there. But in my view none as good as Peter Gilders excellent Sands of the Sudan rules, they just needed a tweak and mixed with the Too Fat Lardies Infamy Infamy and Sharp Practice rules.

The original rules focused on British in the Sudan so the table below focuses on the Egyptians facing off against the Hittites.

The table below details the various units on the table when their chit comes out of the bag.

After rolling 2D6 the following actions are applied. 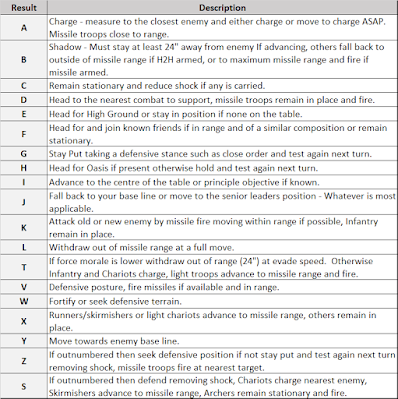 Huharmati with his state sponsored war band has been tasked with securing the high dunes over looking to route south. Having broken through the Egyptian lines, the Egyptian defenders come on in via various 1D6 entry points tasked with defending the objective. 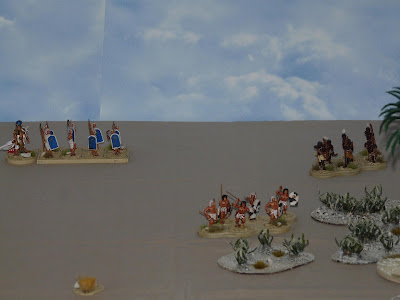 The NYE come on in penny packets with a range of A,B & C's depending on the number of Infantry, light troops and Chariots in the force. Poor dice throwing meant that many of the forces were skirmishers or chariot runners or simply blanks.
Surprisingly there was a total of 10 groups vs the Hittite's 9 and a high proportion of light troops, useful when they are meant to represent troops rushing to the scene to plug the gap, but not great at blunting an attack by formed troops. 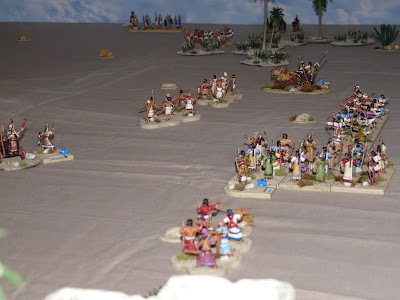 Huharmati had a good run on the cards and managed to bring on his entire force before the tempus fugit card was drawn. 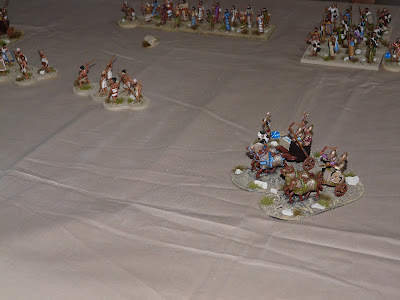 Huharmati riding in his heavy chariot lead his troops in a head long charge towards the high ground, the Egyptian forces were thinly spread and this was his chance. 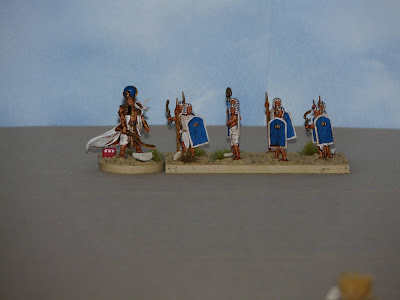 The Egyptian commander entered the table and looked on from the far side of the table unable to move forward to aid of his forces near the dune. A 'C' on the reaction chart. 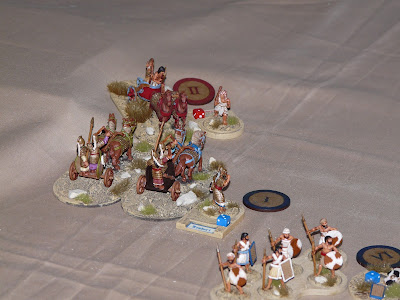 An Egyptian light chariot entered the fray driving back the Hittite chariot runners but was countered by the Hittite heavy chariots, with the Hittites throwing their heavy spears and the Egyptian loosing their arrows before closing to hand to hand. The light chariot was no match in combat, but got in a lucky blow wounding Huharmati,  they turned and fled but had worried the Hittites. 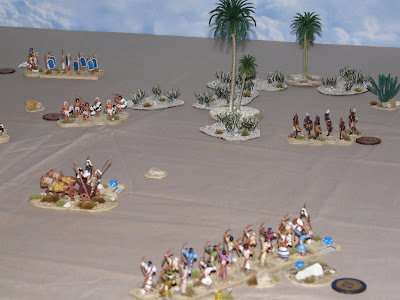 The mass ranks of Hittite archers fire over the heads of the advancing chariots darkening the skies and peppering the Egyptian chariot runners who fell back. Meanwhile the Nubian's flanked the Hittites but were too few in number to cause them any concern. 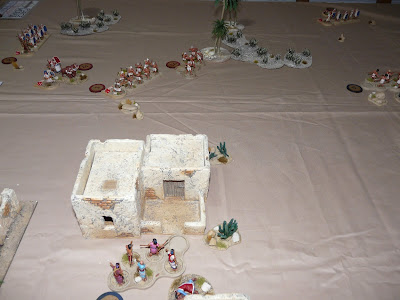 So far reaction mechanic's were holding up, units were charging forwards when out numbering their opposite number and taking a defensive stance, when no opponents could be seen or out numbered.
The rest of the Egyptian forces had been revealed but their random deployment meant that many were on the flanks and unable to cover the objective in the centre of the table. 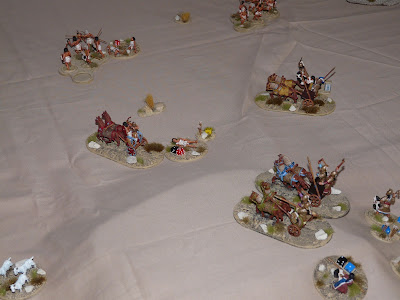 Things were coming to a head in the centre of the table despite being wounded Huharmati seizes the objective as the Egyptian light forces are forced back. 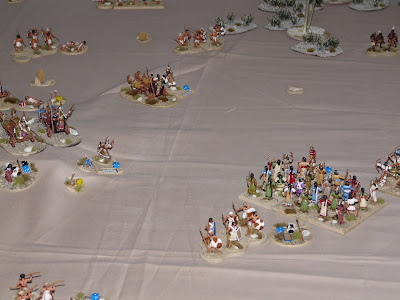 The massed ranks of Hittite Infantry make slow progress across the table, the Egyptian Skirmish screen is unable to retake the dune, it was only held by the chariots at the moment. The Egyptian Infantry needed a break. 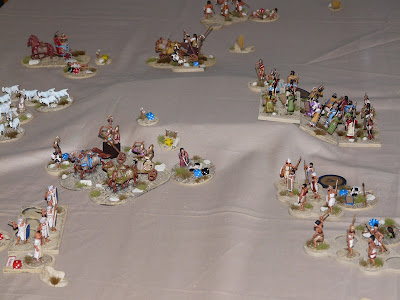 The break never came. The Hittite spearmen crested the dune, there was no coming back for the defenders and with only minimal casualties it was looking like a decisive first victory for the Hittite forces. 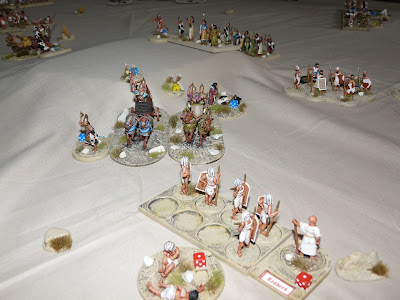 The last of the Egyptian defenders are driven backwards, the dune was secure. Time to call it a day.
CASUALTIES.
At the end of each battle, I need to test for those taken out of the fight. The Hittite had 4 casualties.
At the end of the game some of these men will be able to return to battle immediately, others may need rest to recover. Using the mechanism with Dawn and Departures. The Hittites compared their Force Morale with that of the Egyptian force, a difference of 2, this will give them two kills back.
The following dice ae need to be rolled for all battlefield kills - Flesh wound fight on. 5,6 - Rest up. 3,4 - Dead 1,2.
The Hittites suffered 2 Dead and 2 serious wounded - The force morale gave them 2 dead back so Huharmati was two men down for the next encounter as they recovered from their wounds. Huharmati prayed to the gods that he had been spared serious injury and readied his troops for the next encounter.
Posted by Stuart S at 07:29