I missed out on Partizan this year but the weekend was not without some gaming activity and yet more native Sioux and Cheyenne to try to stem the US Army incursions. 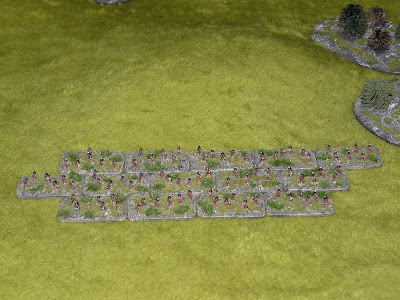 6mm is certainly growing on me, largely as a single batch on the paint table creates multiple units for Sharp Practice in this case 16 Irregular skirmish units, great castings from Baccus. 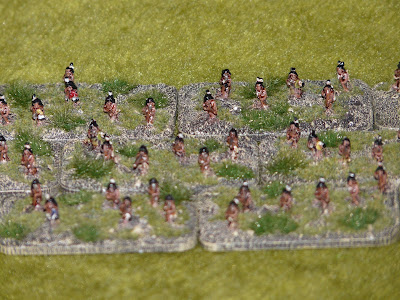 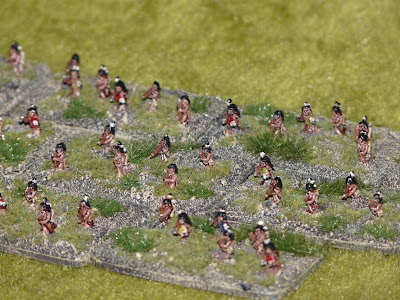 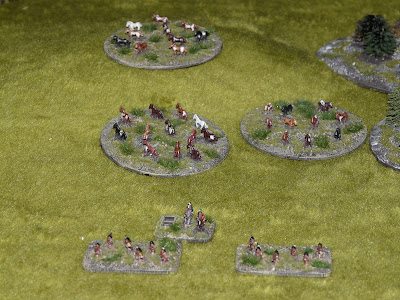 Can the Indian's defend their camp and pony herds?
Just the teepee's to go, nothing like the pressure of game to get the brushes working.
Posted by Stuart S at 19:39