It's quite nice to flit between periods and topics at the moment, I am embracing my Wargames Butterfly another opportunity to clear some of the figures from the spares cupboard and a new faction for Silver Bayonet Edwardian style...

The war in Manchuria rumbled on and rumours of the weird the strange started to reach the newspapers in Europe. 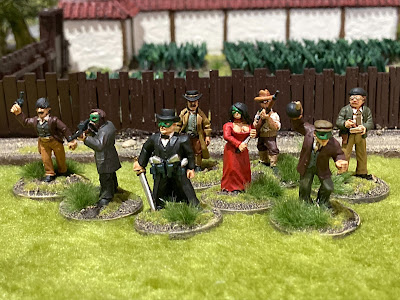 The stories attracted adventurers and supernatural explorers - none more so than the Emerald Dragon Club with branches from London to Berlin including Port Arthur in Manchuria. 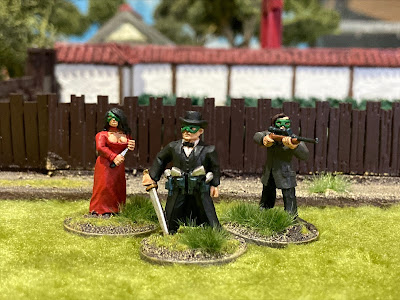 Countess Demitriov,  The leader known only as Victor, Bogdan Kilvov 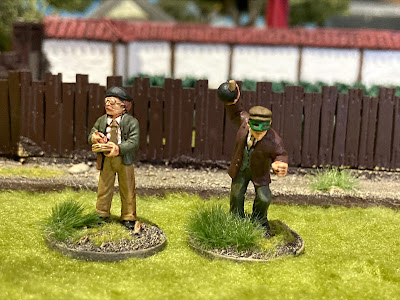 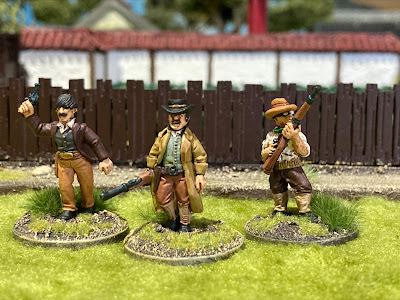 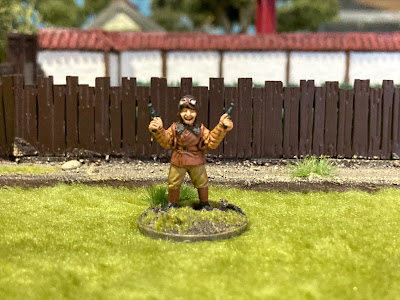 The occasional driver for the gang - Louis 'smiler' Letour

A mix of manufacturers that I actually had lying around complimented by a Foundry Victorian villain pack which had been tucked away in the box of shame for years, The masks were a lovely touch.

These will make for an interesting faction sandwiched between the waring factions and things that go bump in the night :-)