Before the turn is even underway the Russians attack Chinampo as an event card orders the Russians to attack the closest forces to Port Arthur.

Whilst the Japanese have the greater number of points 240 Points vs 180 Russians, they had only finite points in each command and the table was heavily weighted on the Russian side. So the Japanese opted for a number of fixed defences to keep the Russians at bay. 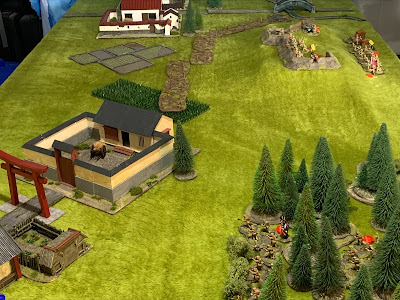 The large hill contained a number of emplacements with MG's and an artillery piece covering the road and bridge. A company of Infantry were held in reserve on the rear of the hillside. 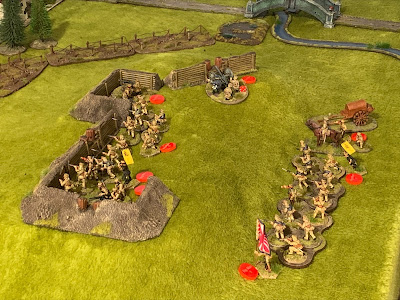 In the dense wood on the right the Japanese lined the tree line unsure of where the attack would come. 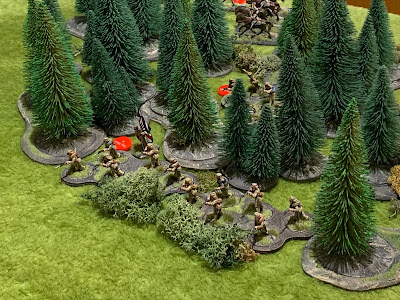 The answer lay in the opening bombardment, heavy shells landed amongst the pine trees and the Japanese suffered multiple shock points. A trick learnt from the previous encounter. 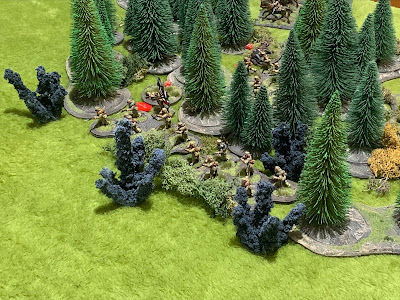 The Russians came on in a mass column heading straight for the shock riddled defenders. Meanwhile Cossack cavalry rode forward looking to exploit any gap. 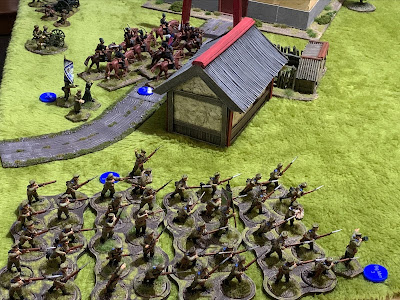 The Japanese fell back into the interior of the wood as the Russians came on, this frustrated the Russian commander who was busy lining up this Artillery for another salvo. 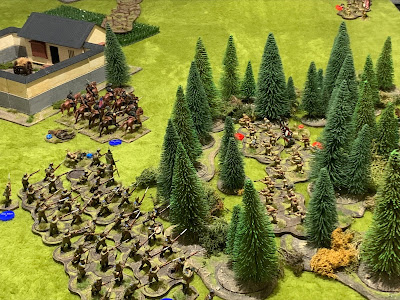 The Russians switched to plan B and stepped out rushing head long into the dense wood, catching a single session before they could properly form up. 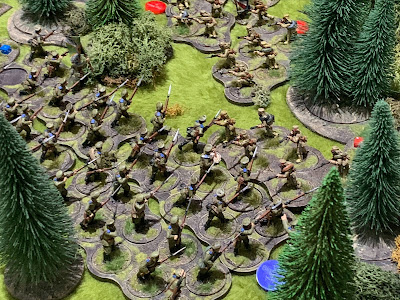 It was a brutal fight, the Japanese threw in their remaining troops and whilst fewer in number the Japanese where able to inflict severer losses on the advancing Russians before they were pushed back their lines shattered. The larger Russian units were able to soak up more shock, but with few quality officers were unable to reduce the shock. 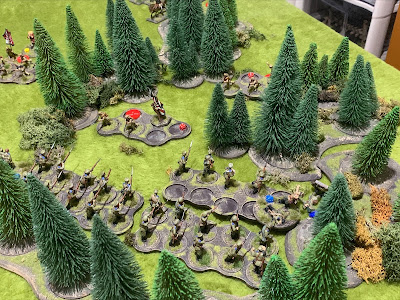 Meanwhile in the centre the Russian sailors and cavalry were finding it tough going. Machine Gun fire slowed their advance to a halt as they reached the paddy fields. The Cavalry were caught in the open as artillery smashed into their column. 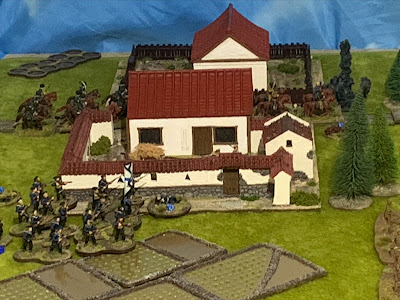 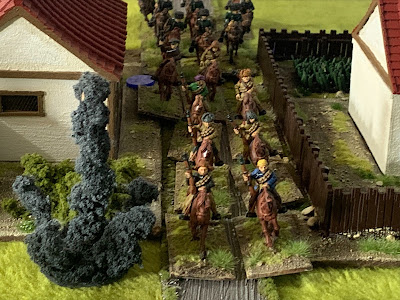 The Japanese threw their reserves into the fight driving the back the Cossack cavalry and stragglers who had been forced out of the wood fight. The Russian attack was rapidly running out of steam and whilst the wood was clear of defenders force successes would be hard to acheive. 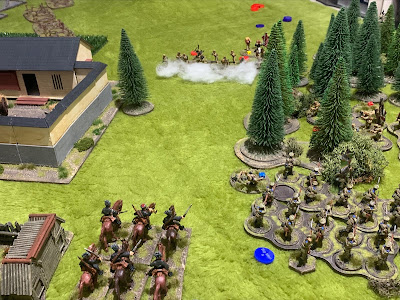 As the Russians reorganised in the wood the the Japanese moved to their flank the Infantry and exploit a gap with Infantry and Cavalry threatening the Russian Guns or the heavily shocked attackers. 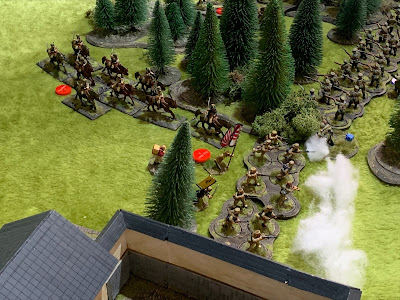 The counter attack petered out and the Japanese line held.
Initiative to the Japanese as they pondered their next move and the push to clear the peninsula.
Japanese losses 30 points.
General Oku 200 Points
General Kuroki 210 Points
Admrial Uryu 22 Fleet Points
Admiral Nabu 24 Fleet Points
Posted by Stuart S at 20:39