Not every encounter takes place on earth.

The Visitor reach stretches far beyond our solar system, the outer worlds are populated by various species, with various levels of technology. In an unnamed Jungle world a party of shock troopers landed with orders to secure the processing plant, but they were not alone, a private military company was also racing for the resources to make matters worse the planet was infected by a terrible disease which turned the locals into zombies. 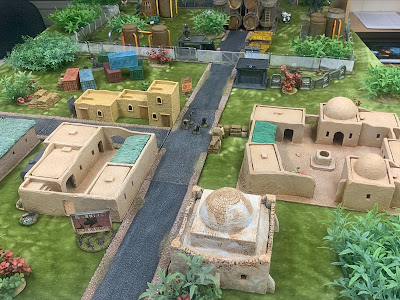 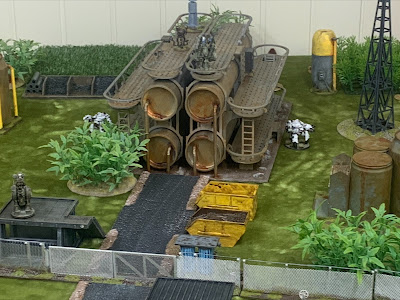 The compound was defended by mobile robotic defences programmed to attack on sight anyone crossing the fence. 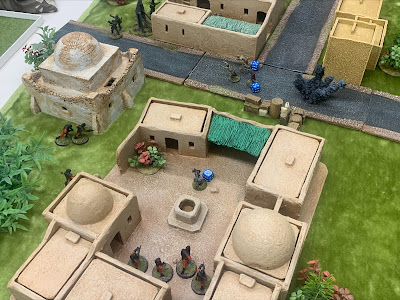 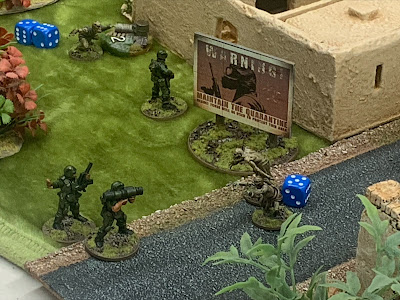 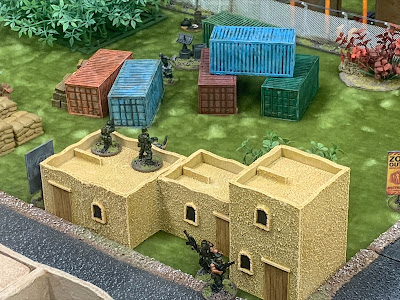 Both Shock Troopers and the PMC's made use of the available cover and set about cleansing the locals. 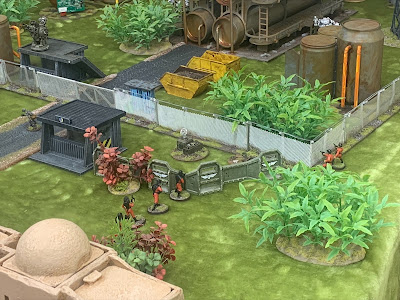 While the PMC had their hands full Diana and here troopers rushed for the security gate and the hard cover it gave the defenders. 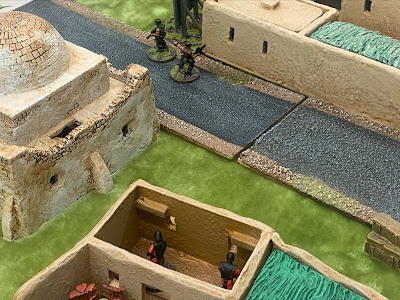 True to 'TV' form the Shock Troopers fired and missed which enraged the PMC who made short work of the remaining infected and turned their attention on the Visitors. 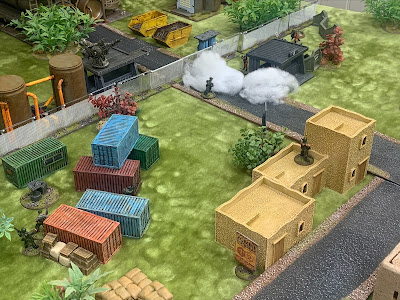 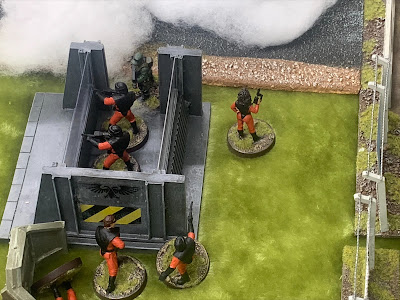 Smoke had covered Diana's advance but it also served to allow the PMC's to get in close. One private burst through the smoke killing one of the troopers who was engaged in a long range fire fight with the advancing PMC's only to be killed before he could make good his escape. 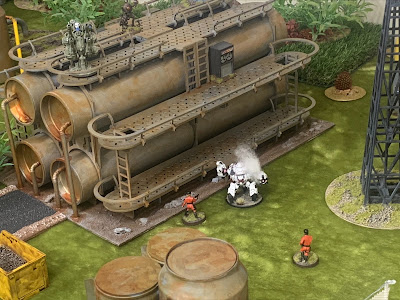 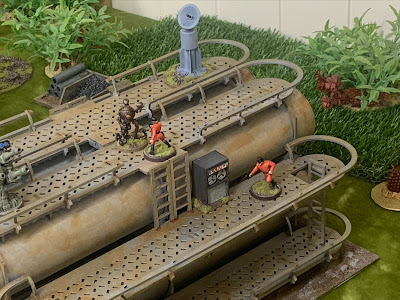 Within the compound surprisingly the engineers were able to destroy the sentrybot and as the battle raged at the gate they were able to disable jammers and call for reinforcements.
Game Over.
Great fun and nice to get in a big game of Stargrave, the random locals made for a good mix forcing both players to think about each move as each round of fire brought more encounters onto the table.
Posted by Stuart S at 17:47