Refighting the Battle of Beersheba 1917

Despite regular gaming I don't very often refight purely historical battles, however one of my gaming group was keen to try out a couple of tweaks to the Contemptable Little Army rules to refight the Battle of Beersheba which saw the British Expeditionary Force including the Australians and New Zealanders take on the Turkish Yidrim Army who were holding on to the town of Beersheba and their precious water wells. 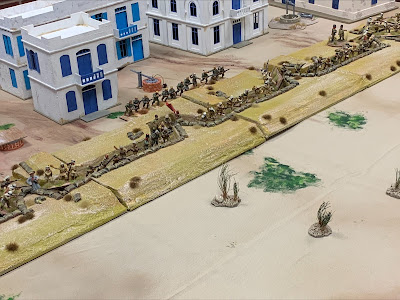 The Turkish line filled with Turks and native Arabs - surely no one would be mad enough to assault these fixed defences. 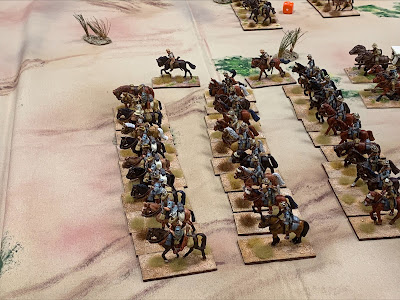 The 4th Victoria and the 12th NSW Light Horse Regiments who were in fact mounted infantry used their 18inch bayonets as sabres in the charge. 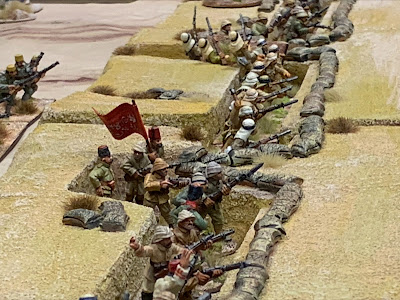 You would have thought that charging across open ground against trenches would be suicide however the Turks had failed to place barbed wire across their trench line and the MG’s and Artillery was set to long range which overshot the charging line. 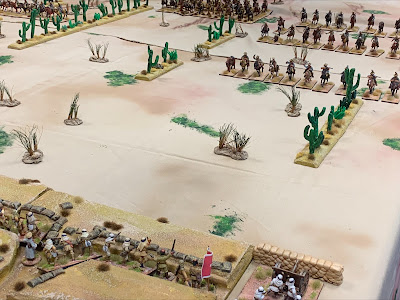 Charging across the open terrain the horsemen rushed towards the defenders, true to form the Turkish shooting was terrible and very few casualties were inflicted on the attackers. 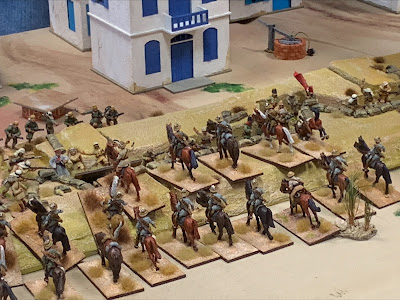 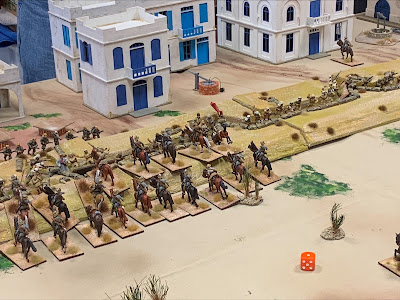 Whilst some of the horsemen dismounted and fought through the trenches a significant number leapt the trenches and secured the wells.
The Turks initially held the first wave of horsemen, but the 2nd and 3rd broke the back of the defenders.
True to history the town was captured, and the Turks lost 5 times the number of Attackers...
What difference would a few rolls of barbwire made.
Posted by Stuart S at 11:47