A break from black power. I have been on the hunt for a while for a modern set of large scale skirmish rules, many of the sets on offer either only need a handful of figures or you are getting into Company and sized games so I thought I would give these a run out. Aimed at the wars in Africa which suits my stalled Serria Leone Project, they could work for the Chechen conflict. 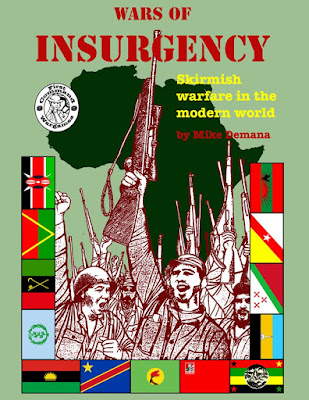 Mike Demana rules cover the period from around 1950's through to present day, the core rules are only around 10 pages and split troops into three classes, Militia, Regular and Professional.weapon classes are either small arms or LMG's perfect for 15mm, where you can't see the difference between an AK47 & M16. 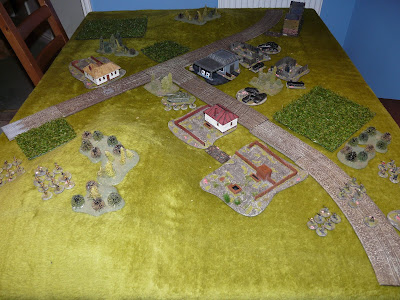 In our run through it was a small scenario- a Russian Tank had broken down at a petrol station (well I had to give the petrol station a run out evenually.) and the crew had to defend it until reinforcements made it to the village and they called in the mechanics. Meanwhile the local insurgents move in for the kill. 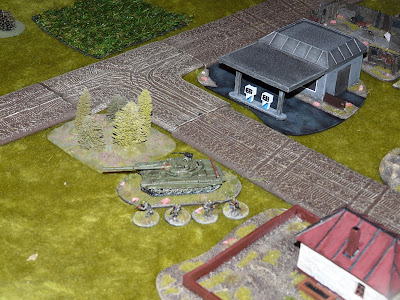 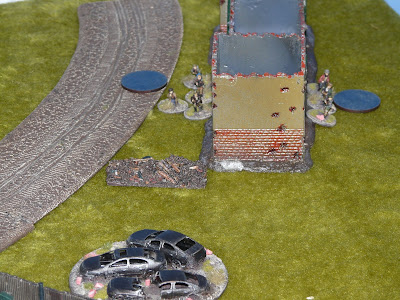 Initiative is a simple dice off but to actually order your troops, each player puts a numbered marker down for each squad face down. The numbering shows which order they move in. This means each player doesn’t know who which squads are going to move forcing some careful planning. Surprising thought provoking given it's such a simple mechanism. If you squad gets split you introduce a dummy counter which means one of your sections won't move, your opponet won't know which one. 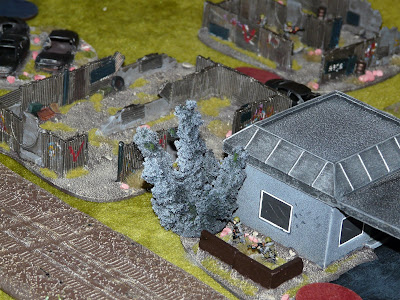 The troops quality impacts both the troops firing ability, effective range and defence capability nice and simple and very easy to remember. Fire fights are resolved with an attack roll and a defence roll with attackers hitting on a 4,5 or 6 and deenders a 5 or 6. You add defence dice for cover which is pretty good against Small Arms, but my tank crew faired less well when an RPG round hit them, whilst defending the petrol station. 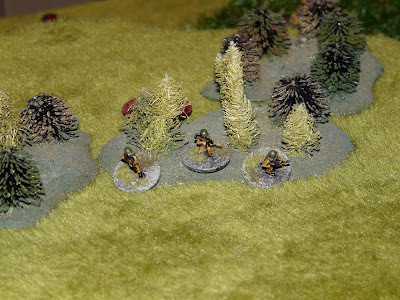 Squads below half strength need to start taking morale checks which has the potential to lock them in place by forcing them prone. Before they can attempt an action another morale test is taken if failed they run for the nearest table edge. 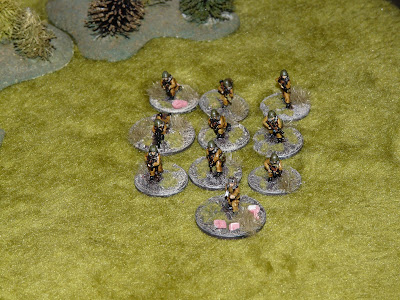 We played with around 30 Chechen fighters facing off against around 25 Russians split into around 5 units apiece, which gave a good evenings entertainment.

The campaign rules included are reminiscent of those of Peter Pigs AK47 but at this stage I am only interested in the table top rules. But can see the appeal.

They won't be for everyone but do give a quick and easy game and the end result seemed reasonable with professionals defeating regulars by about 5:1. The Professionals long range fire stopped many of the regulars before they could get into decent defensive positions.
Posted by Stuart S at 10:51