Blimey 8 years ago I published a short note on adapting Sharp Practice for the Zulu Wars. Over the weekend I got to thinking about bringing these into line for Sharp Practice 2.

I have been able to do away with units sizes as in SP2 these are clearly defined.
The Zulu's are your classic Clan nasty if they get into hand to hand, we talked about gving them big choppers but as they are already the best of non-regular forces, Tomahawks felt better with the ability to inflict shock just before they close, afterall you have to have something to counter breach loaders that fire twice a turn. 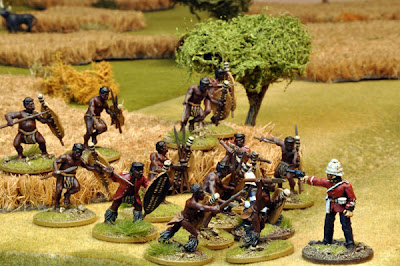 To reflect the Warriors chant I also gave the Zulu's the equivalent of Pas de Charge, the Zulu player can play two command cards allowing them to move towards the enemy with three actions of movement whilst also removing two points of shock per group present.
To reflect the Zulu's ability to make the best use of cover, we added in a house rule of "Going to Ground" at the end of a movement phase the Zulu group or formation may "Go to Ground" this increases their cover type by one level.
The next activation the first action is spent rising upbefore then using the second action as normal. 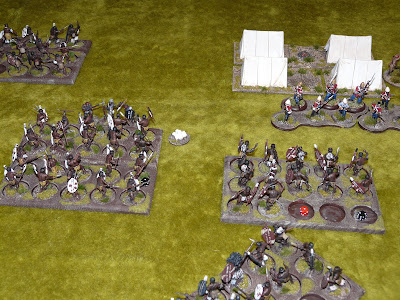 
So what of British Regulars and how do they compare points wise, at 13 poinst they are outnumber 3:2 if you went for unmarried Zulu's, Breach Loaders make the Brits nasty in a fire fight, hopefully the Going to Ground rule gives the Zulu a fighting chance. 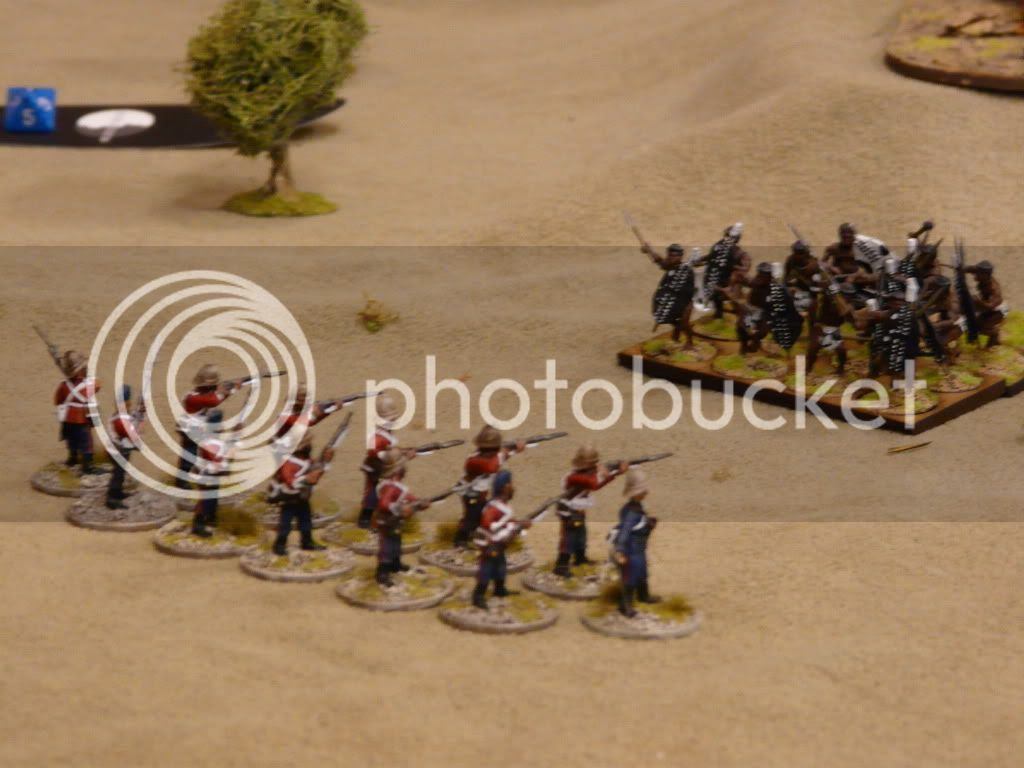 In an initial play test the Zulu have around 3:1 in terms of dice in Hand to Hand, if of course they can close. I just need to give these a proper run out now and see if the balance is right.