Dispatches from the front....

It's been a mad couple of weeks with very little time for gaming and painting all very frustrating....
I really need to put some focus on the hobby as the toys won't paint themselves.

With a new job there has been very little time for painting or is it that the I just hate painting cavalry and the Haitian Colonial Cavalry have been sitting on the paint table for a couple of weeks now, I need a spark to get them going.

Meanwhile the painting queue just got a little larger.

Thanks to Steve M for sending on my package. After a mix up the package from Spain went missing, but thankso Steve who tracked me down via a couple of club members and sent them on, so there are some benefits of gaming odd periods and blogging about it :-)

Meanwhile last weekend saw a quick trip over to the M5 Living History Show at Spetchley Hall, with a mix of periods covered Ancient Greeks, Romans, Medieval, Vikings, Napoleonic, American Civil War, WW1 and WW2 together with a number of traders it's always a good way to spend a Sunday morning. 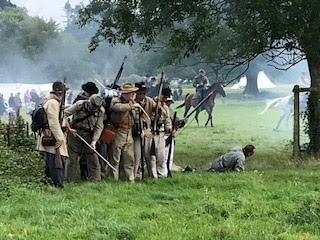 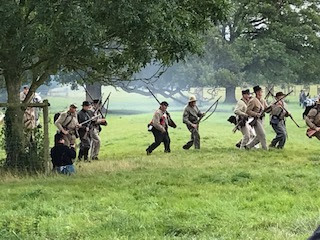 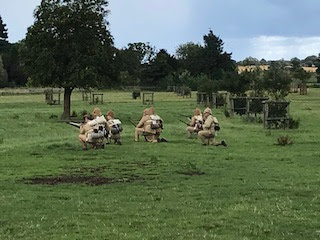 Everyone looked to be enjoying themselves and it was nice to see some cavalry in action in the ACW engagement, the chaps representing the Brits in Khaki were very impressive and got me thinking about painting some up. I picked up the following in one of the book tents.... 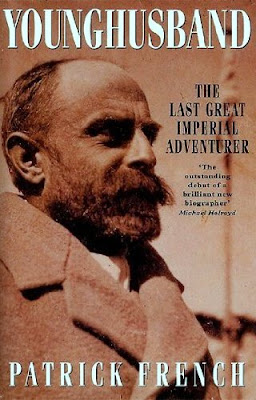 Some light reading for the holidays - could this be a new project?

Definitely a period not gamed but can you get the figures for the Brits in Tibet and is there a uniform guide for the Tibetans let alone figures.

I can feel a few late nights on the internet coming up.
Any suggestions chaps on who makes figures for Younghusband's Expedition?
Posted by Stuart S at 23:14