Another unit rolls off the paint table this team a slight distraction in the form of Sea People, I originally was given a pack of Northstar's castings as a Christmas present, only being 4 figures that lay in the draw of shame until now. Having seen Lucid Eye's latest release I thought I could round them up as a unit and have them as mercenaries on either side of Hittites or New Kingdom Egyptian forces. Besides they add a flash of colour to the table. 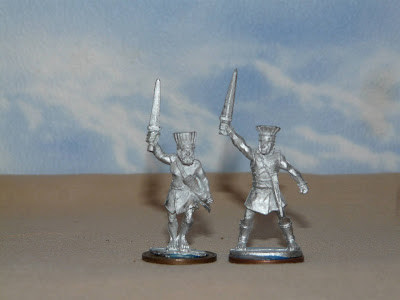 The peoples of the Mediterranean Islands were known to the Egyptians as the Sea Peoples. They included the Lukka, Teresh and Sherden.

They were armed with long bronze slashing swords and wore various kinds of helmets, sometimes decorated with boar horns. Some of the tribes even wore bronze body armour. A huge horde migrated by land and sea attacking Hittite and Egyptian settlements. The Egyptians defeated them and captured many prisoners many serving in the Pharaoh's army. 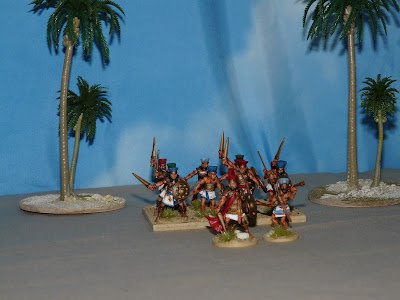 The two ranges combine well in style and size, the Lucid Eye range contain a number of female fighters, I have no idea if they genuinely fought in battle but they are hardly noticeable within the unit. 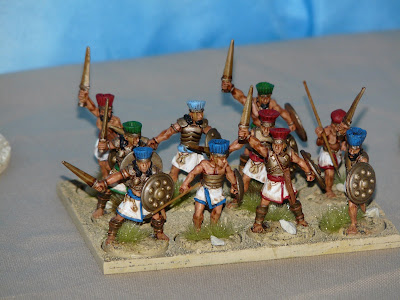 The leader is a serious piece of metal a true Big Man.... Probably more like 32mm but looks great on the table. 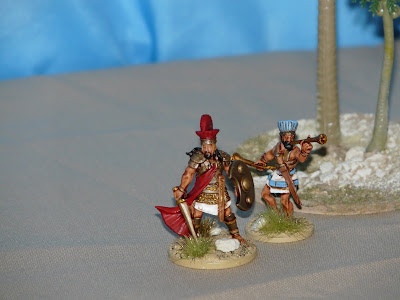 Next up something a little more modern.
Posted by Stuart S at 15:37