Several months ago I set my sights on re-fighting all of the encounters in the Boxer Rebellion Colonial Campaign Series, the last outing was over 12 months ago, the recent Martian Empire games, gave me the idea to try another Boxer Rebellion game using the ME rules. 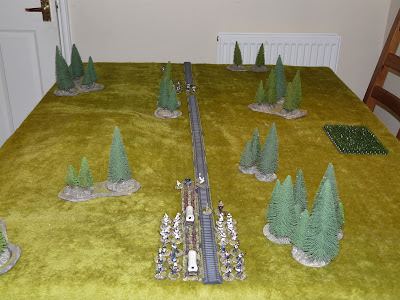 The Scenario.
Admiral Seymour's relief column left Tientin on the 10th June heading to Peking, a few miles outside of Langfang Station they were forced to stop due to damaged tracks, A repair party of British Marines were sent ahead to fix the damage. The Boxers used the opportunity to attack the repair party and possibly the relief column. 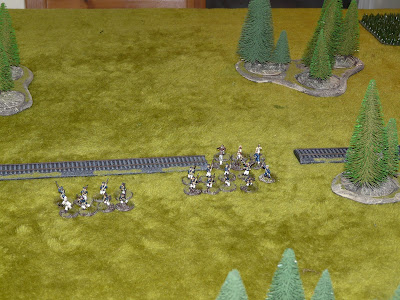 The Marines standto whilst a party of rail workers work to replace the broken tracks. No Boxers have been sighted. 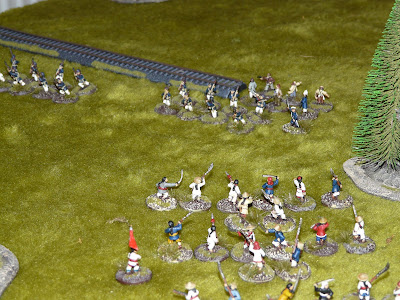 Boxers advance on to the table in force, setting their sights on wiping out the Marines before Sailors from the relief column can bring up reinforcements. 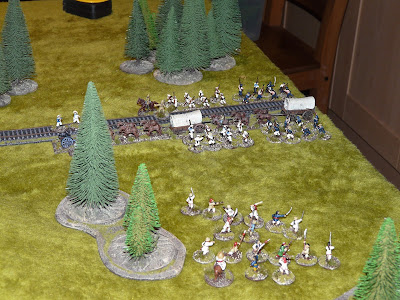 Meanwhile a further force rushes the column at the far end of the table, multiple orders put the Chinese within one charge move of the relief column. 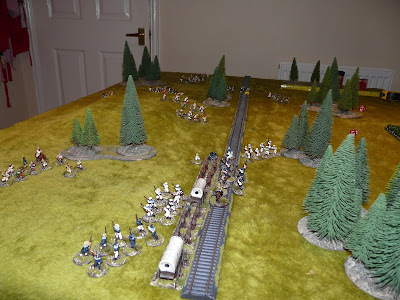 A number of volley's from the naval brigade stop the Boxers in their tracks and send several of their number towards the tables edge. 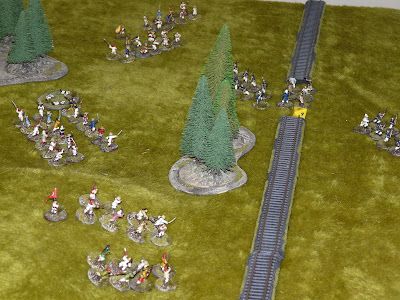 Meanwhile at the other end of the table, the Marines hold their ground but they are under increased pressure as more and more Boxers flood the table. 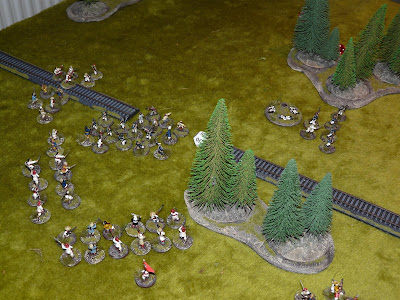 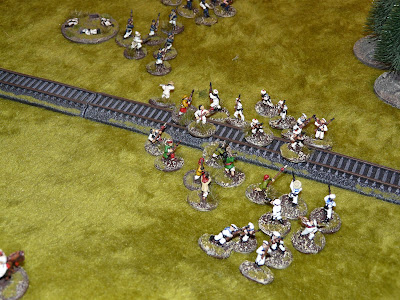 Sailors from the relief column launch a counter attack up the centre of the table and drive the Boxers backwards. 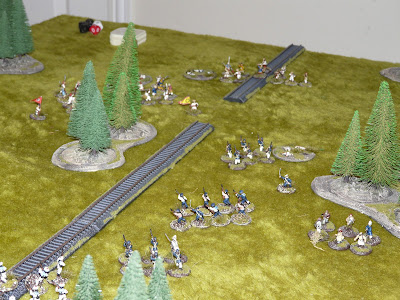 The Allies forced from the rail breach begin to form a solid firing line as the Boxer mass for a further assault on the foreign devils. 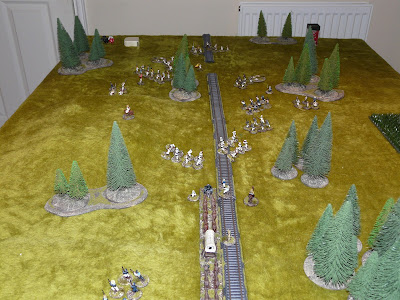 As the evening draws to close the Boxers are a spent force, they have forced back the repair party but their losses are many and with the Allies now formed up any chance of victory has long passed.

A great well balanced scenario which was touch and go right to the end.
Posted by Stuart S at 22:00