Finally gaming is back on, this outing yet more 6mm, high time the new paddy fields and roads made it to the table top.

Despite painting the North and South Korean forces several years ago, I have never quite found a set of rules that struck the right balance for me in 6mm, to often it felt like I needed to be fielding corps rather than companies. 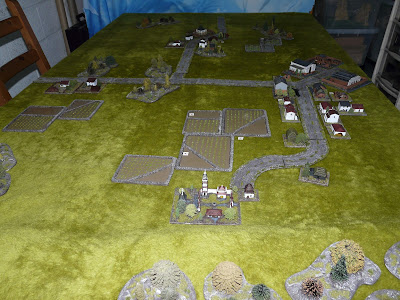 I had an idea after reading Jay's adaption of Bolt Action for modern warfare, I figured I could adapt them to 6mm and my micro armour. Jay's Wargaming Madness: Bolt Action Modern - v3.1 Update (jayswargamingmadness.blogspot.com)

By up scaling units to Armour elements of multiple vehicles and an infantry base with 'lives and fire points' it should give me what I need.

The North Korean's have broken through the DMZ, hidden tunnels and a massive artillery bombardment have breached the line. They are driving hard and the South Koreans have only been able to put a scratch force together to hold the line.

The NK had to capture the village or a third of the town to win the engagement. The South Koreans have to stop them, Southern units are hidden on the table, but markers denote where they are. The NK out number the South by 2:1 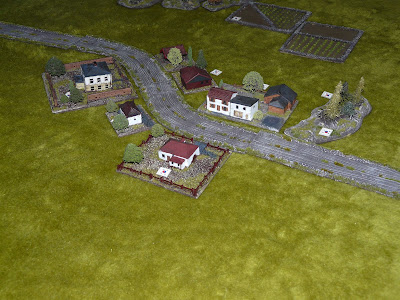 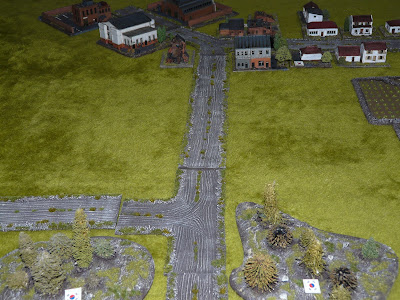 The NK gamble on rush assault looking to overwhelm the defenders before they can organise, they push forward an armoured company of aged T55's. Whoosh an AT unit is uncovered in the woods, TOW and Dragon units let rip into the buttoned up armour. 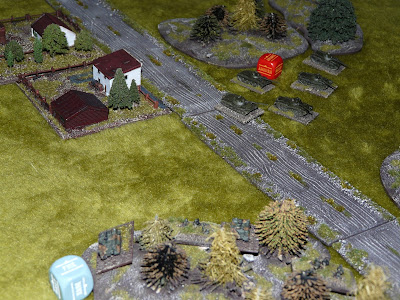 The ferocity of the defenders fire had shocked the North Koreans, one T55 had been destroyed and two were immobilised. It did not take them long to recover. An Infantry company rushed forwards to assault the dug in defenders under the cover of mortar and artillery fire. 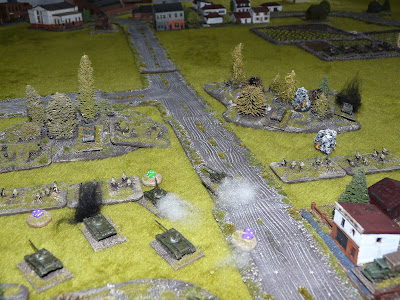 With NK armour massing behind the village the South Korean's are forced to deploy one of their previous tank companies hull down behind the earth embankments of the paddy fields. Their advanced optics were a good counter to the heavy calibre northern armour. 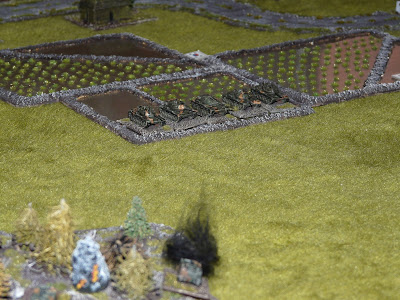 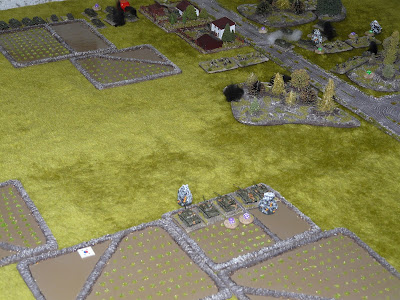 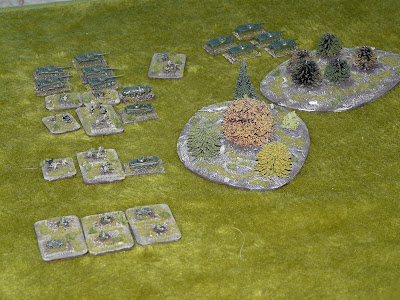 The NK scout units are stopped in their tracks with the M/C and Jeeps forced to ground by 81mm mortars from behind the village and the thin armour of the PT76's no match for the M60's hidden in the village. Kim's forces respond with Artillery fire, but the southern forces are well dug in. 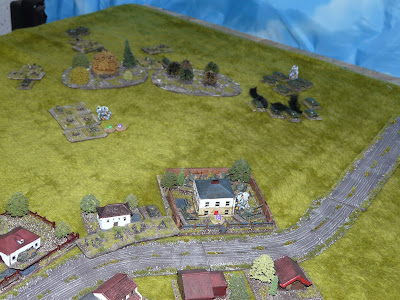 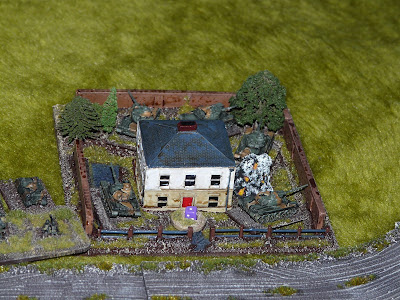 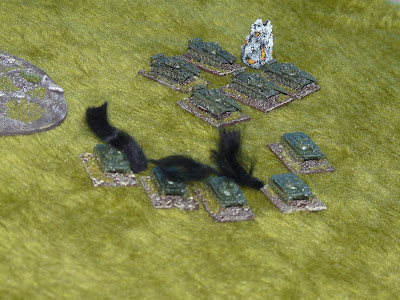 Time was running out and the North Korean forces make one last push in the centre with BRDM's racing forwards followed by more armour, unfortunately the south had another card to play and a further Tow unit took out a number of T55's as they pushed forwards. 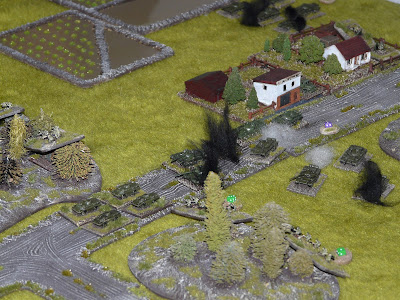 The clock had run down and the line had held at least for today.
A fun encounter and the scaled up Bolt Action rules worked really well, keeping the game moving along nicely with limited book keeping.
One of the key changes was to the order sequencing. One of the challenges I found with fielding a large number of units within Bolt Action was the knowledge that every dice would be pulled from the bag and whilst the pins might stop a unit activate I felt it needed a little more. I could add a 'Tiffin' dice like Sharp Practice but that might add perhaps too much chance if the first dice out ends the turn. So what to do?

A few years ago I played Blucher which had a nice mechanism of Momentums, where your opponent rolls the number of active units for their opponent and keeps them a secret, leaving the active player to decide which units to active first. The problem for the active player is that he won't know how many activation's he has and which units to activate.

Adding this to the game gave the NK an advantage with a dice for each 6 units or assets and whilst they knew they had a minimum of 4 units to activate vs the Southern 3 dice they never knew if it was 4 or 24 points, ambush units could activate without a momentum but this reduced the flexibility as to what came out of the bag.

This added level of friction really changed the game play for the better and injected a level of jeopardy which is often missing in Bolt Action.

A couple of further tweaks are needed to here and there around off table and air assets but this could be the future of our modern micro armour in the Korean peninsula.