Club night and a 4 player dust up.

Tucked away on a jungle moon 4 competing factions look to grab a treasure haul.... But watch out for the sentry bots...

Now there has been some rumblings at the club about bias on this blog within some of the battle reports and how their factions are presented. I am always willing to receive feedback so let's see how my heroes get on vs the various space scum.... (ooops sorry it happened again....) 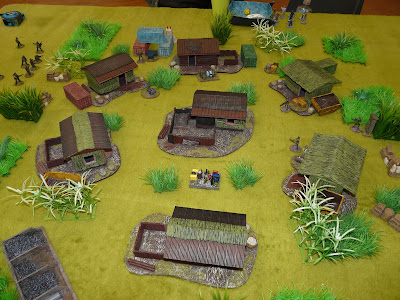 With 40 gun totting crew members running around plus defenders there are not many places to hide loose alliances were formed, but every now and again a stray round might just hit you in the back.

The great thing about Stargrave is that ability to pull in any figures, so we all grabbed a bunch of mini's new and old and spun up fresh crews.

I opted for a bunch of scavengers from Copplestone Castings together with a few others which have recently been part of the Zikinga milita. 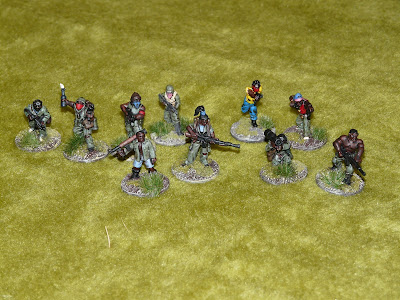 They make up the new crew of the Black Mariah. 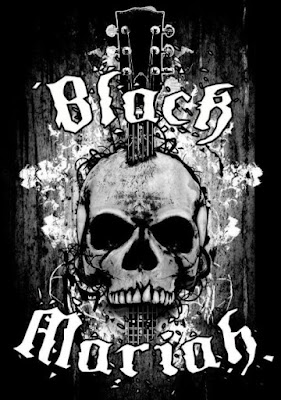 On with the game. The sentry bots, press ganged from Warlords terminator game were positioned around the table, one for each gang in play. 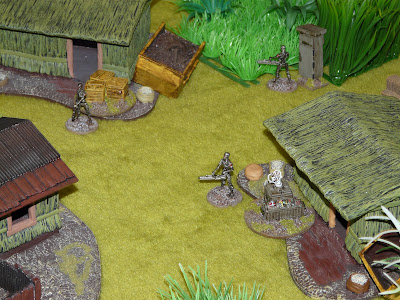 Round one and already the factions are exchanging blaster rounds haggling over the closest data pile, the fighters dive for cover as grenades sail through the air. 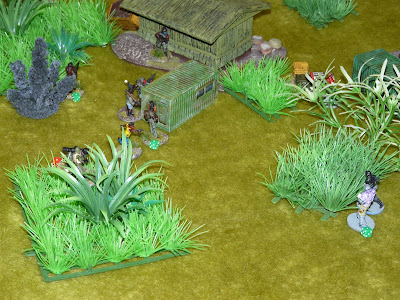 On the opposite table edge two more ship crews enter the shanty town looking for loot. 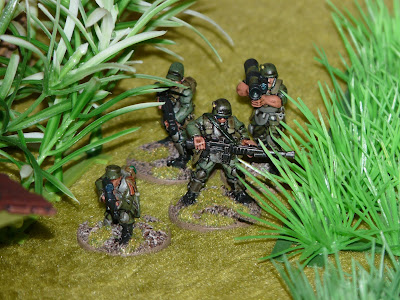 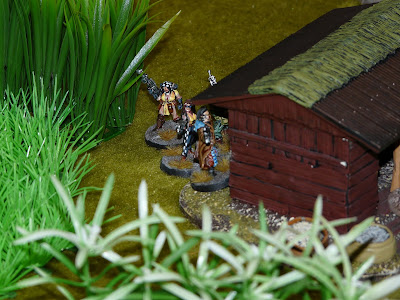 As loot is opened it attracts additional challenges in the shape of a Warbot which enters the table looking to supress the raiders. Originally safe behind the hut now seemed really exposed. 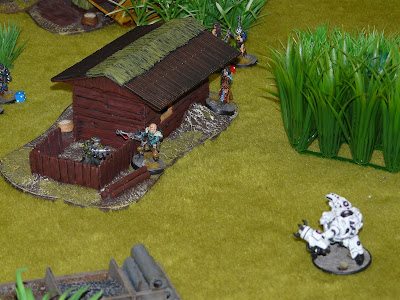 Hostilities break out in the northern edge of the table. Who would have thought a skip would be the safest place on the table. 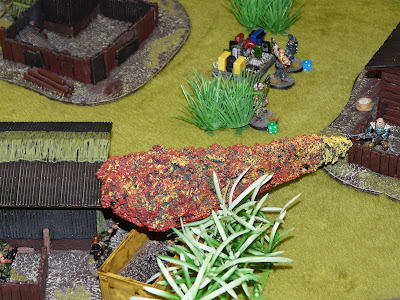 The pig sty is no refuge from 'target lock' as the grenade launcher finds it's range. 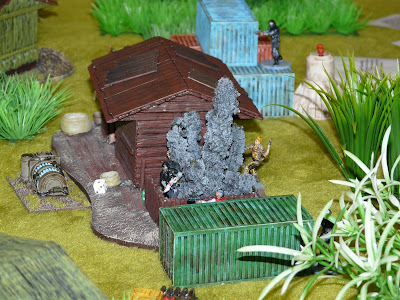 Bots pop out from the hovels pouring more pain on one of the scavenger teams. Some days you really do have a bad day. 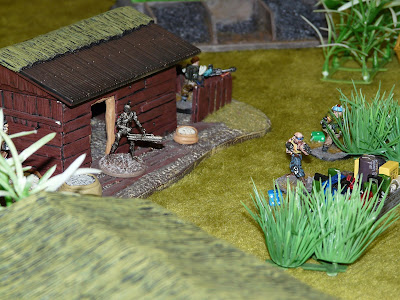 Riddicks Repears left to there own devices raid undefended loot tokens and bag quite a haul. Even the appearance of yet another bot could not stop their pillaging. 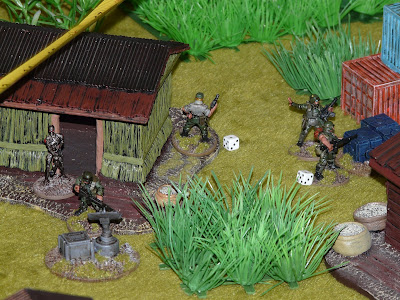 Meanwhile the crew of the Black Mariah turn extra crispy as they try and open their first treasure and are roasted on and off the table. 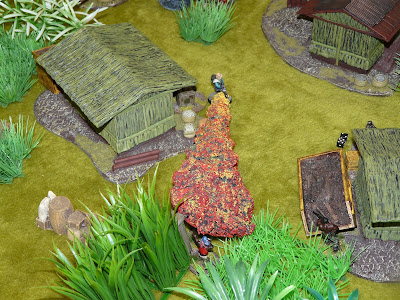 Time runs out.... Another cracking outing for Stargrave.
Posted by Stuart S at 06:28