After a few weeks on the paint table the Lakota Sioux finally take to the field.

I was a little nervous at first dropping down from 28mm to 6mm but am really pleased with how they have come out and how they look on mass. 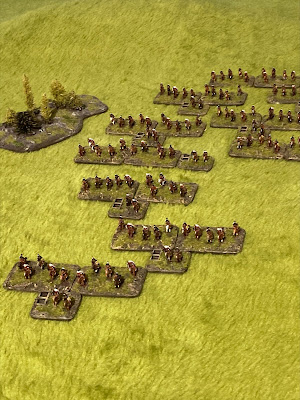 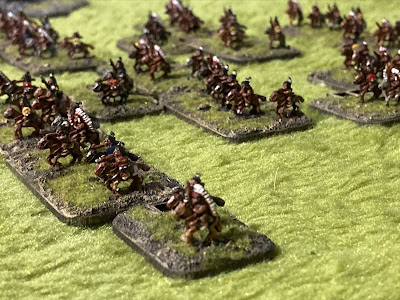 Based to cover both the new Pony Wars rules albeit a leaning towards the rolling hills of the Bozeman Trail rather than the buttes of the south. But also Sharp practice for one on one play or more historical scenario's. 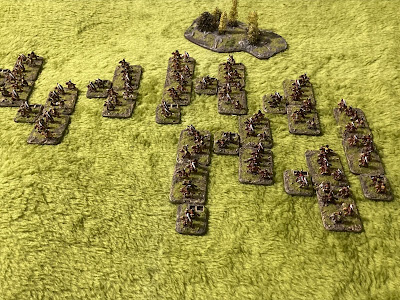 Wonderful sculpts from Pete at Baccus with a good mix of warriors and chiefs with the sculpts containing a mix of bow, lance and rifle. A single bag gives you 120 warriors, not a bad starting point. Although the total numbers needed for the Pony Wars Rules is likely to run into a couple of hundred. 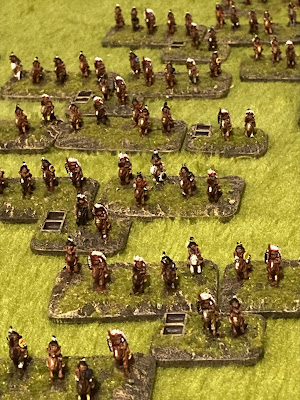 Using them within Sharp Practice each group is an Irregular Cavalry Unit of 10 figures under the command of an individual Big Man, Indians are not able to become a formation which should help the cavalry keep them at bay. 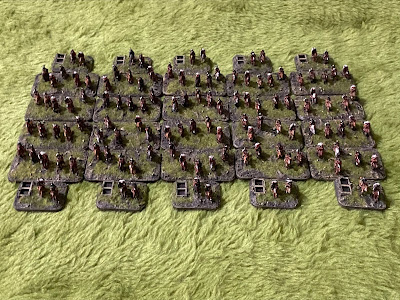 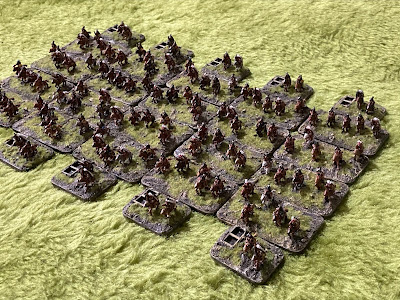 The Sioux need some additional flocking and grass tufts to finish them off, but this first batch should be enough to give both rule sets a run through in the weeks ahead.
A fresh supply run is due to drop in the coming days from the Pony Express (ok Royal Mail) some extra's to flesh out the various scenario's and plenty more reading material for the Great Sioux War.
Posted by Stuart S at 20:31